Serial Experiments Lain is an intriguing series to say the *very* least. Apparently every anime I like HAS to feature psychological horror elements, and Lain does it in a way that frankly I couldn't BEGIN to describe, also the internet is cool! LET'S ALL LOVE LAIN! (In other words, go watch it!). In late '98 thru early '99 Pioneer graced us mere mortals with Lain on Laserdisc, another major grail that I can't believe I now own. 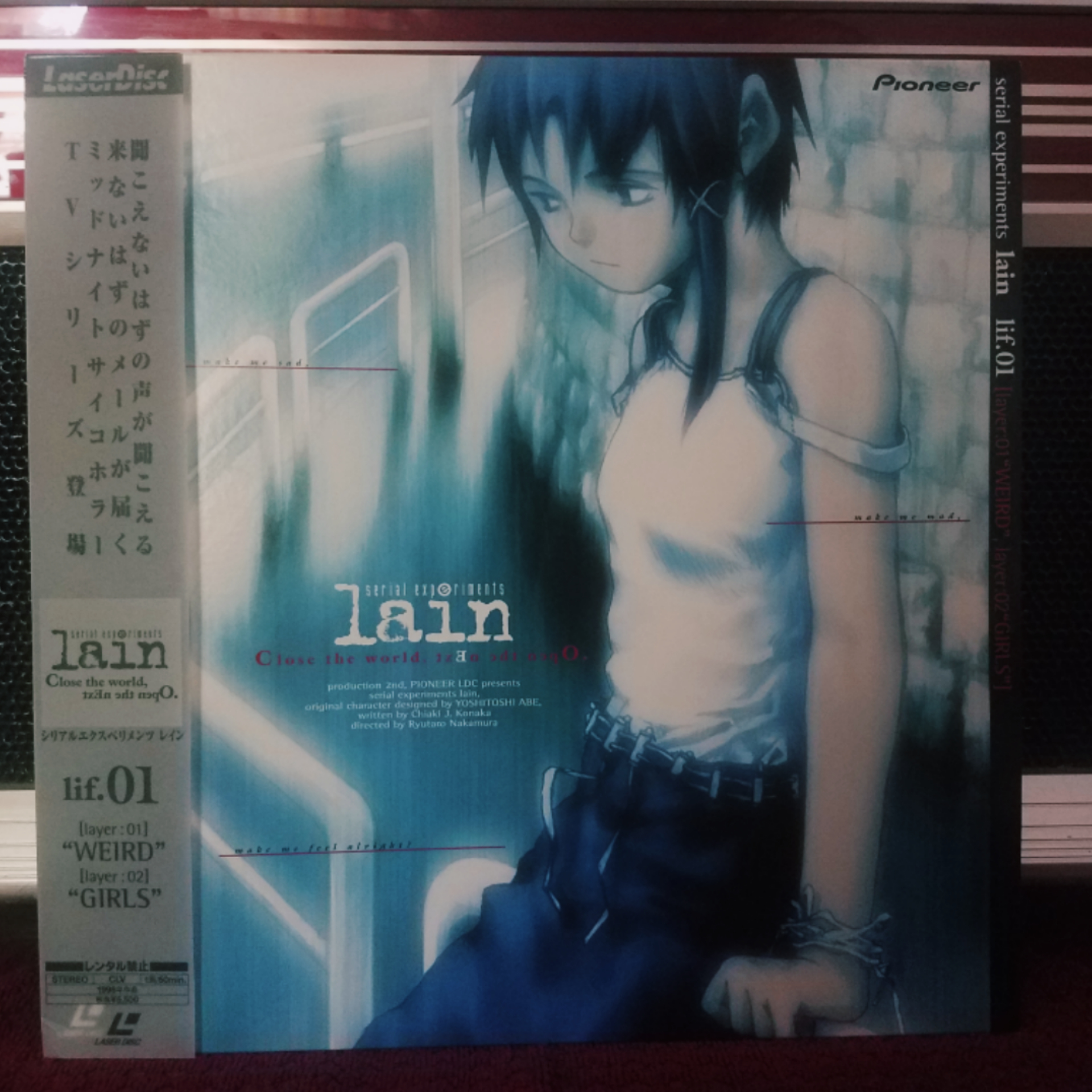 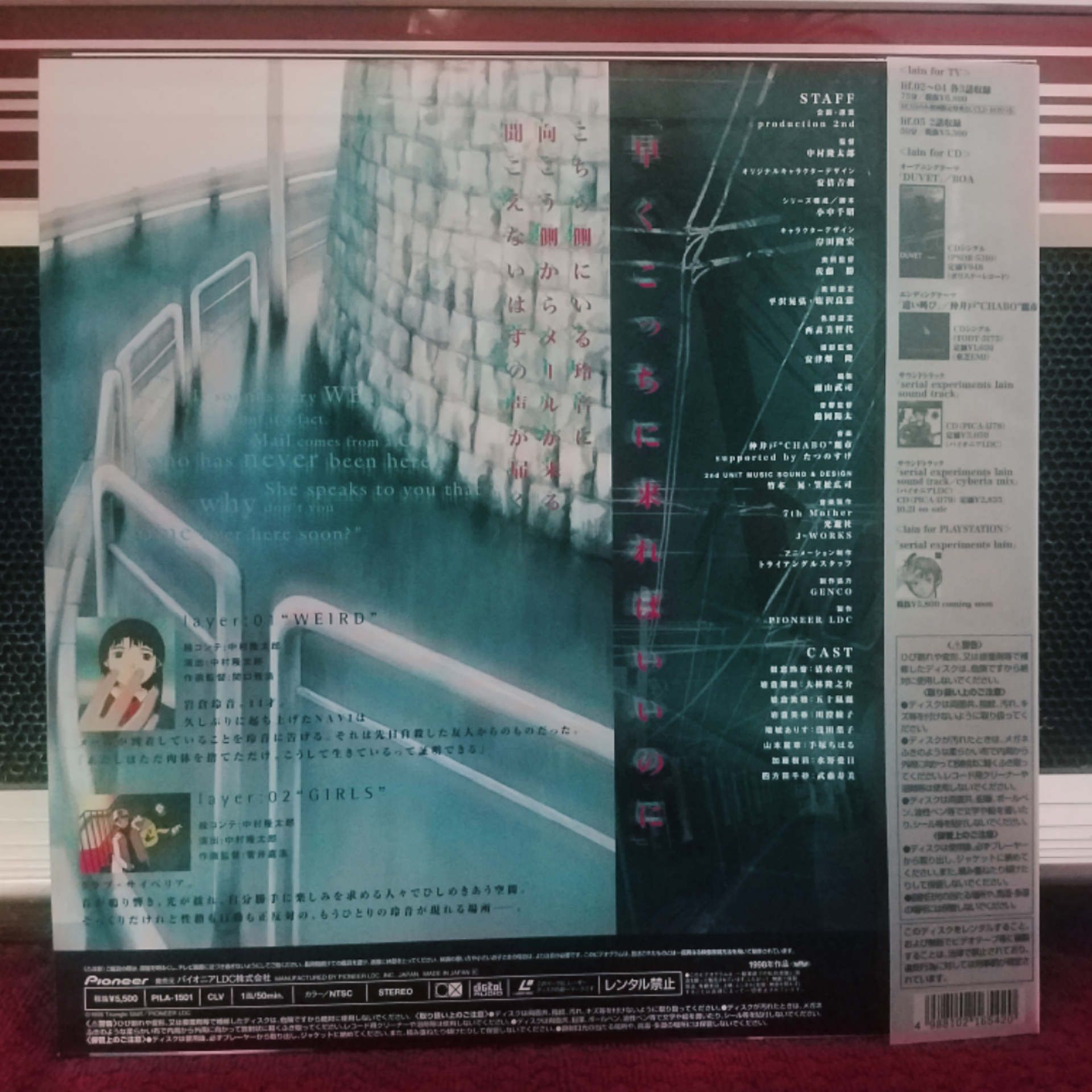 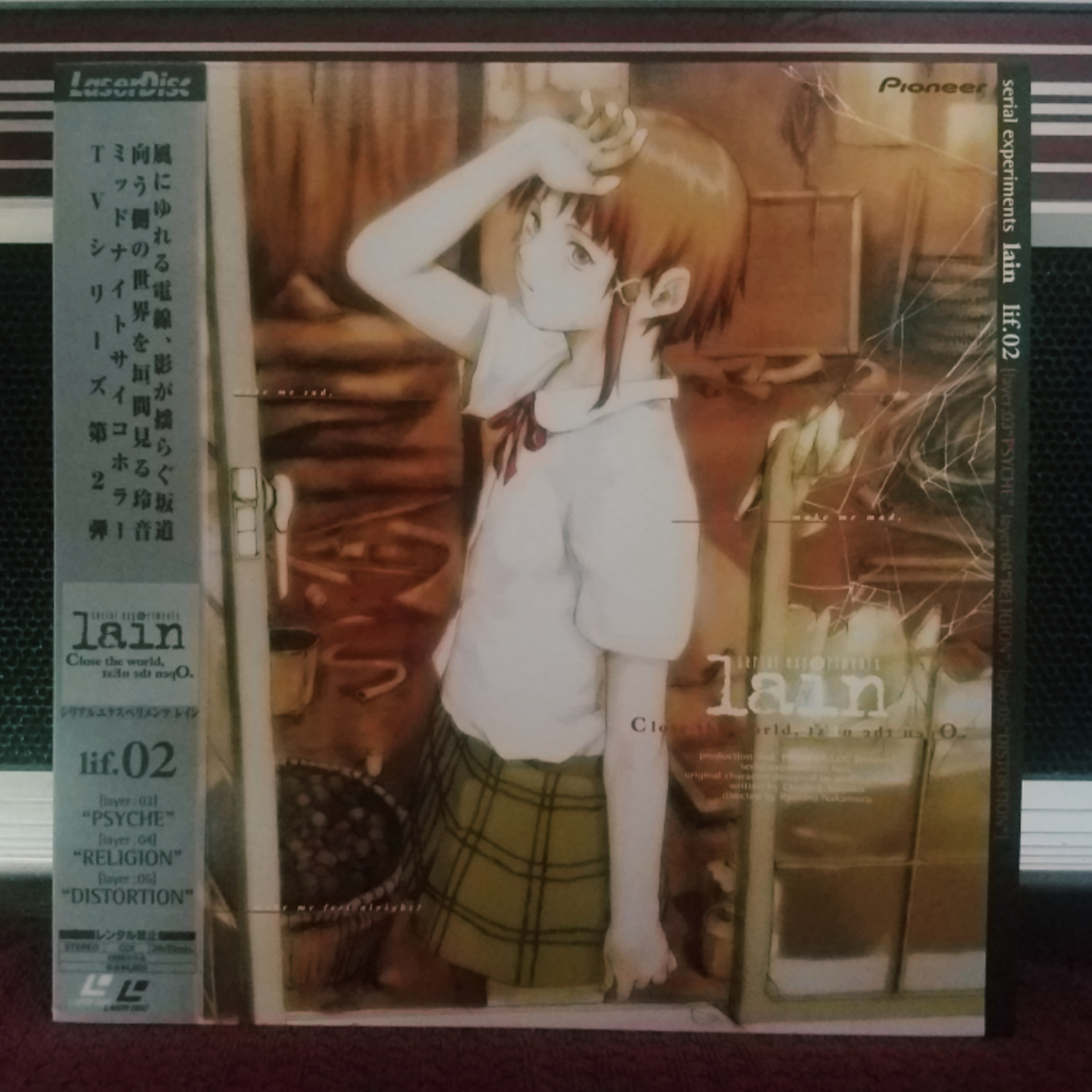 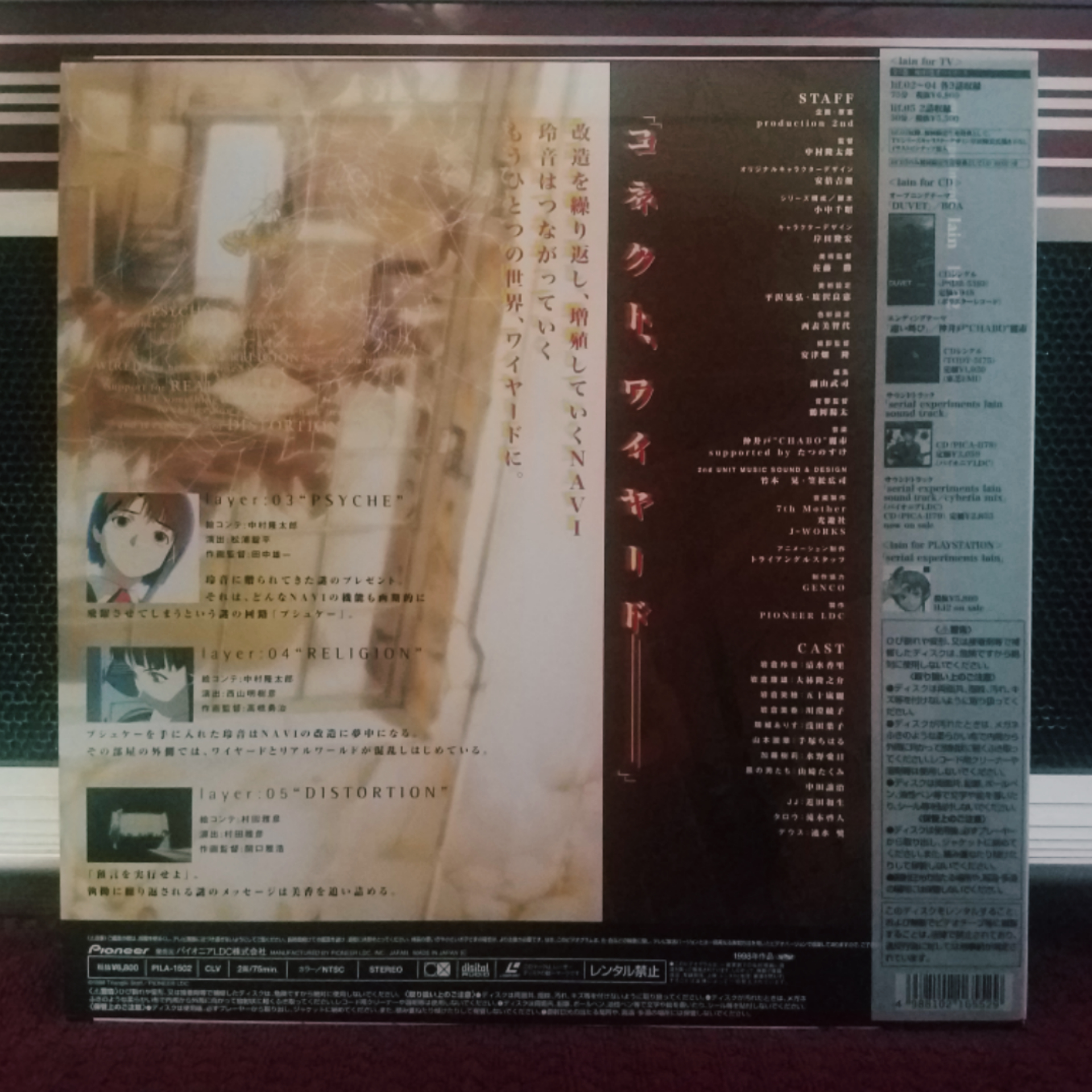 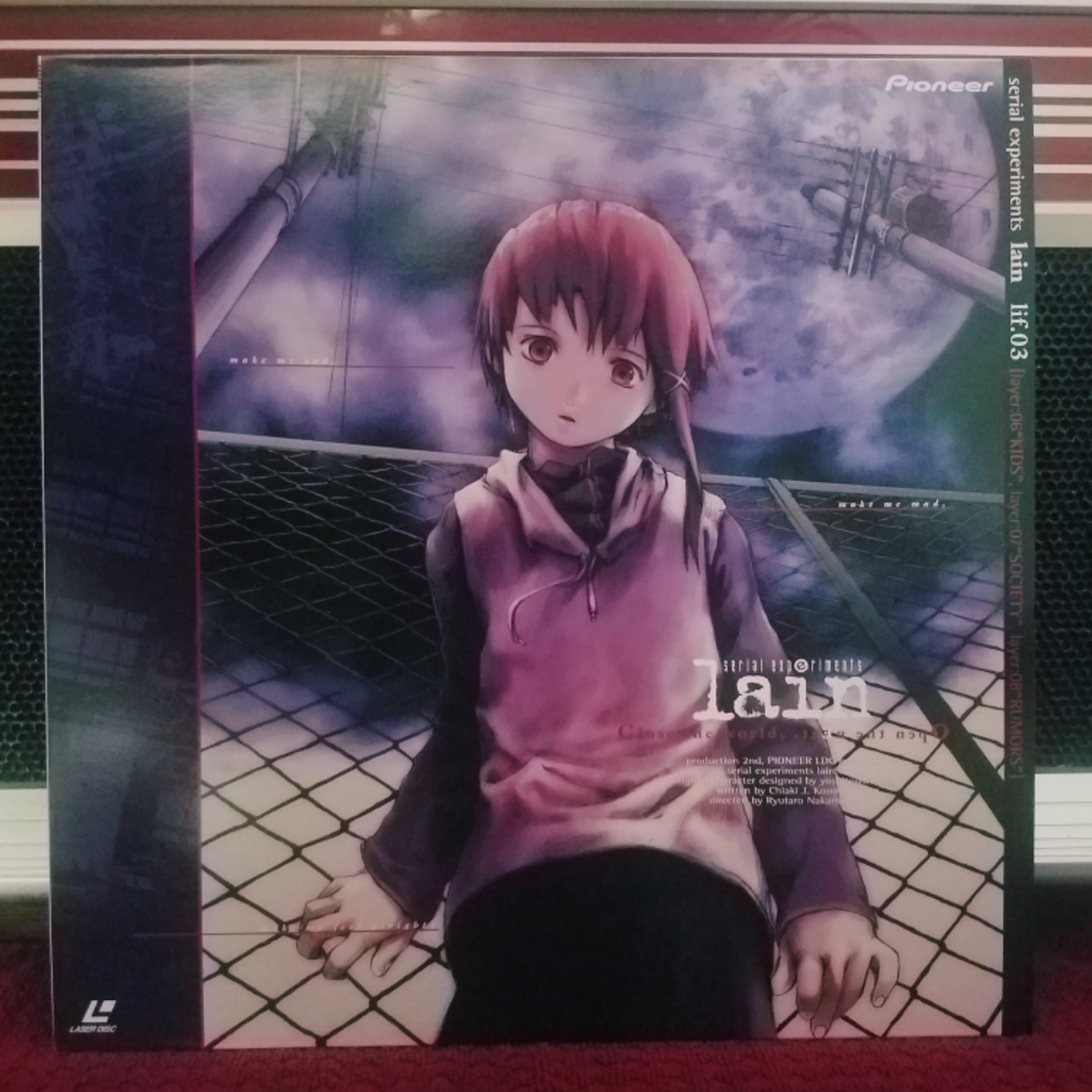 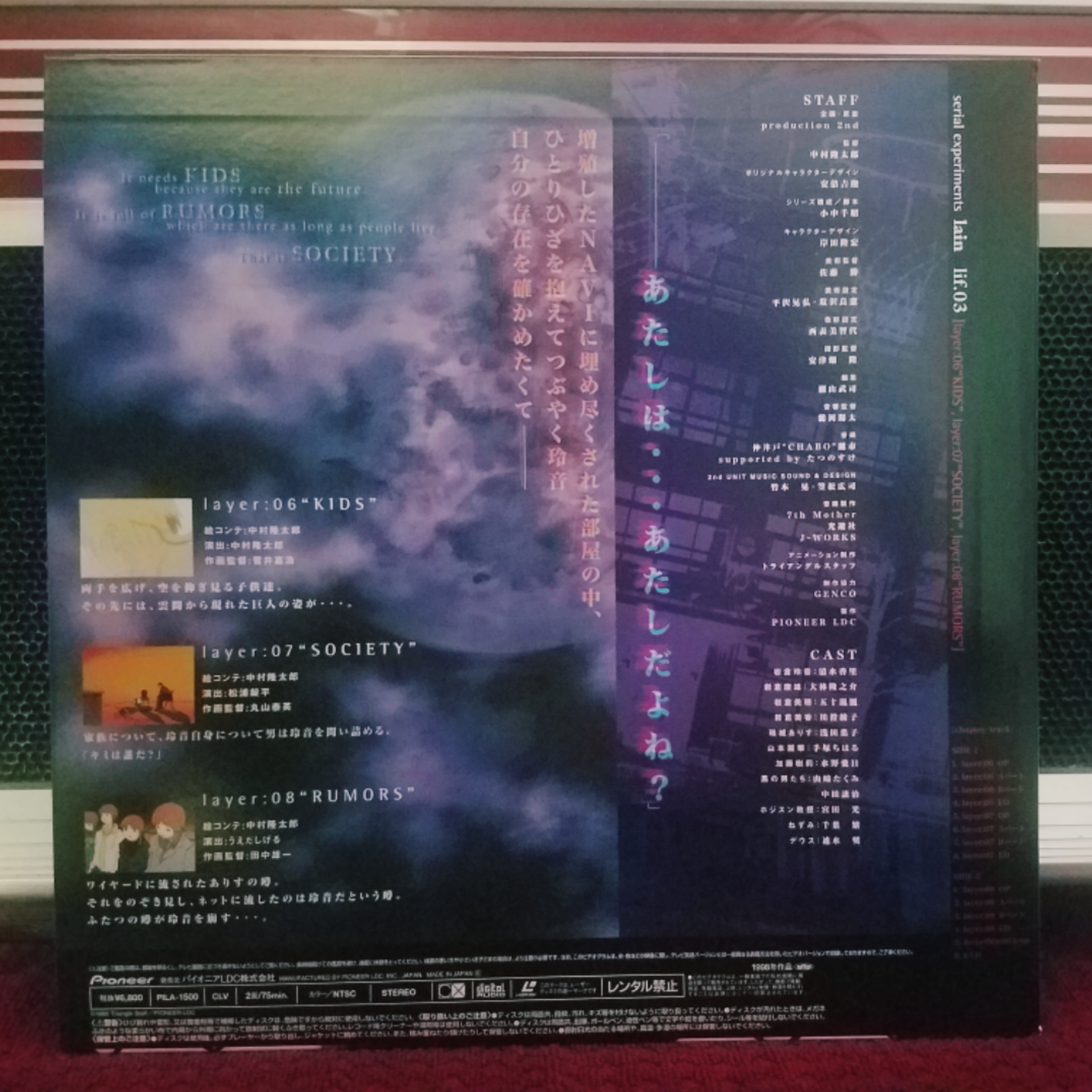 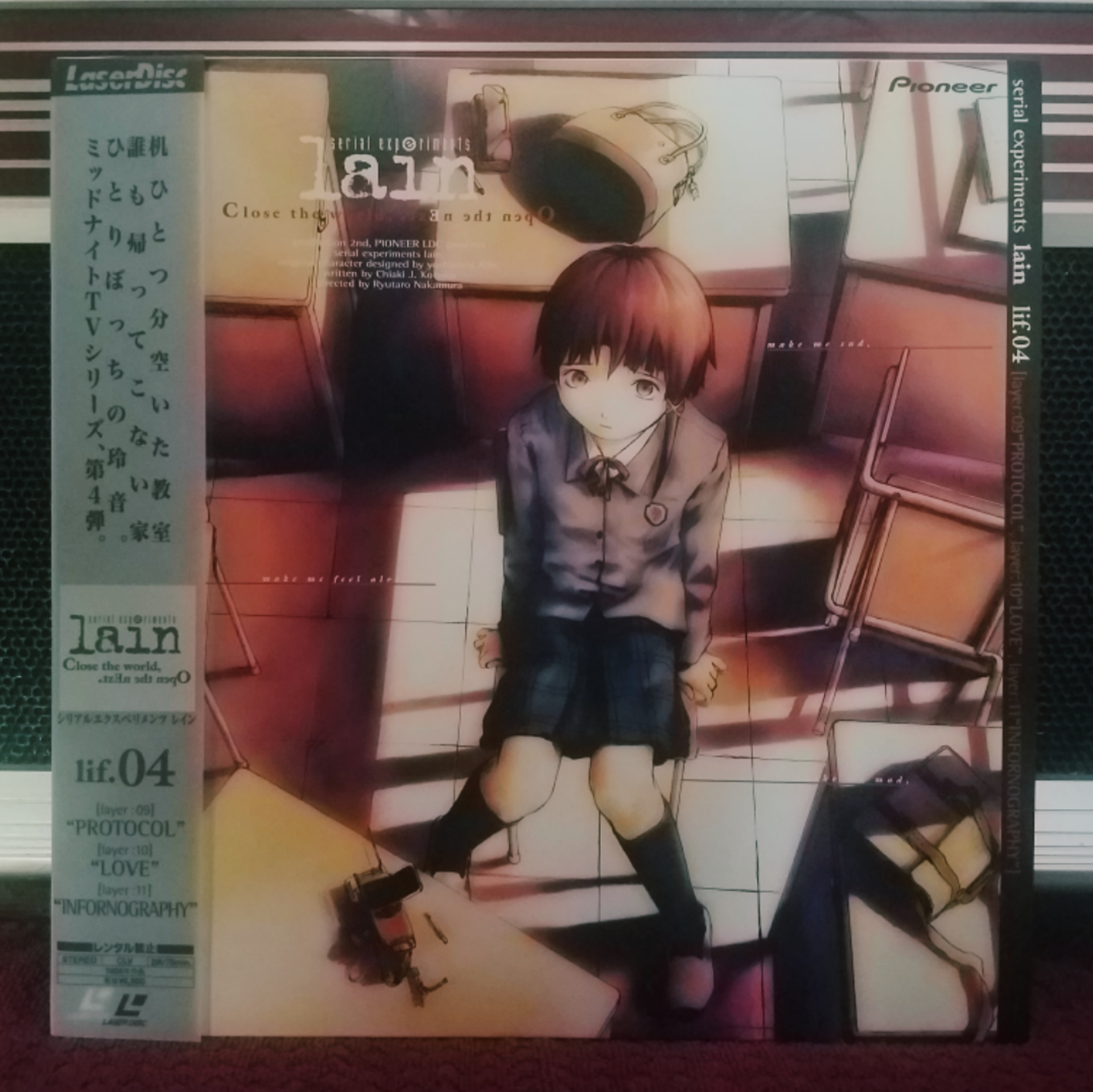 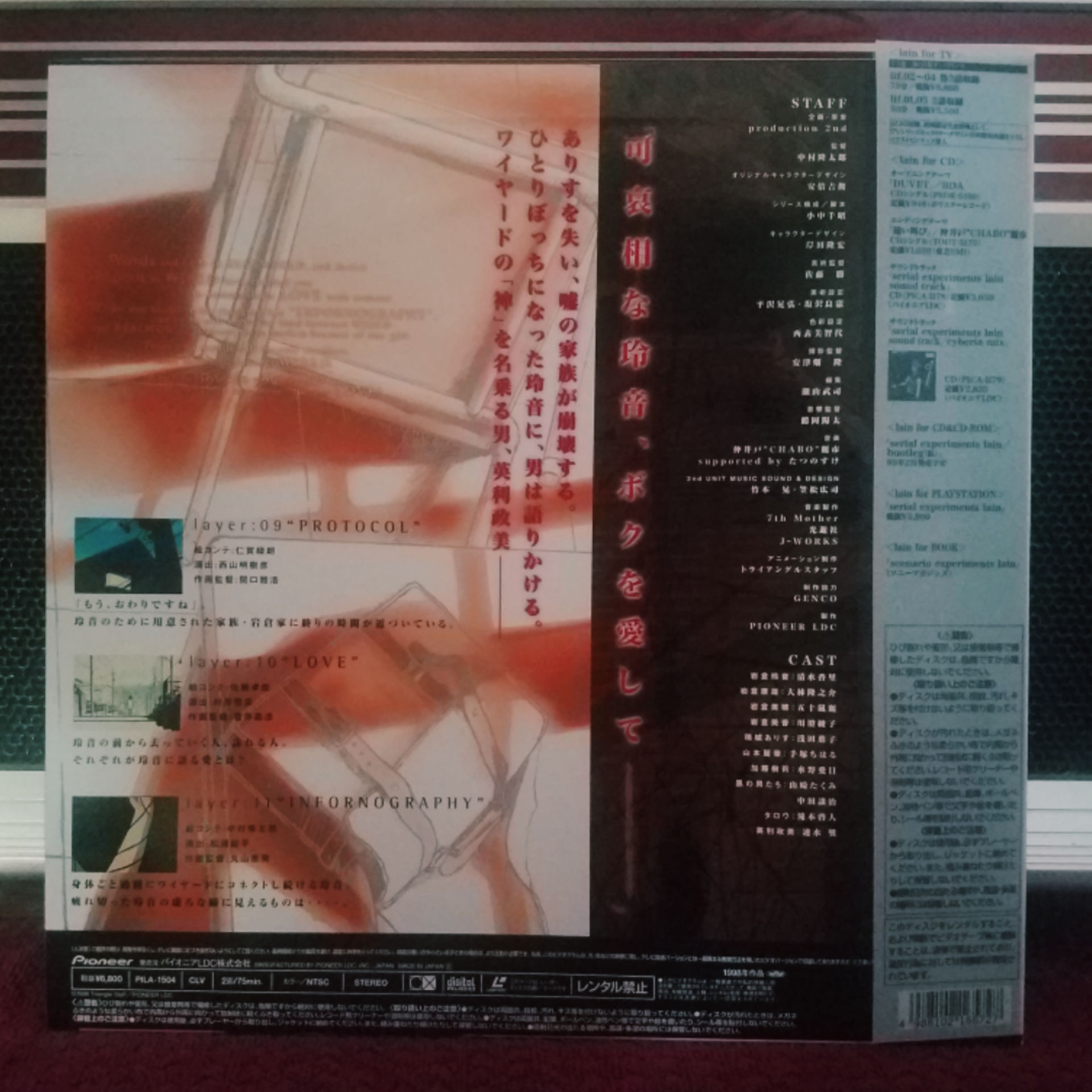 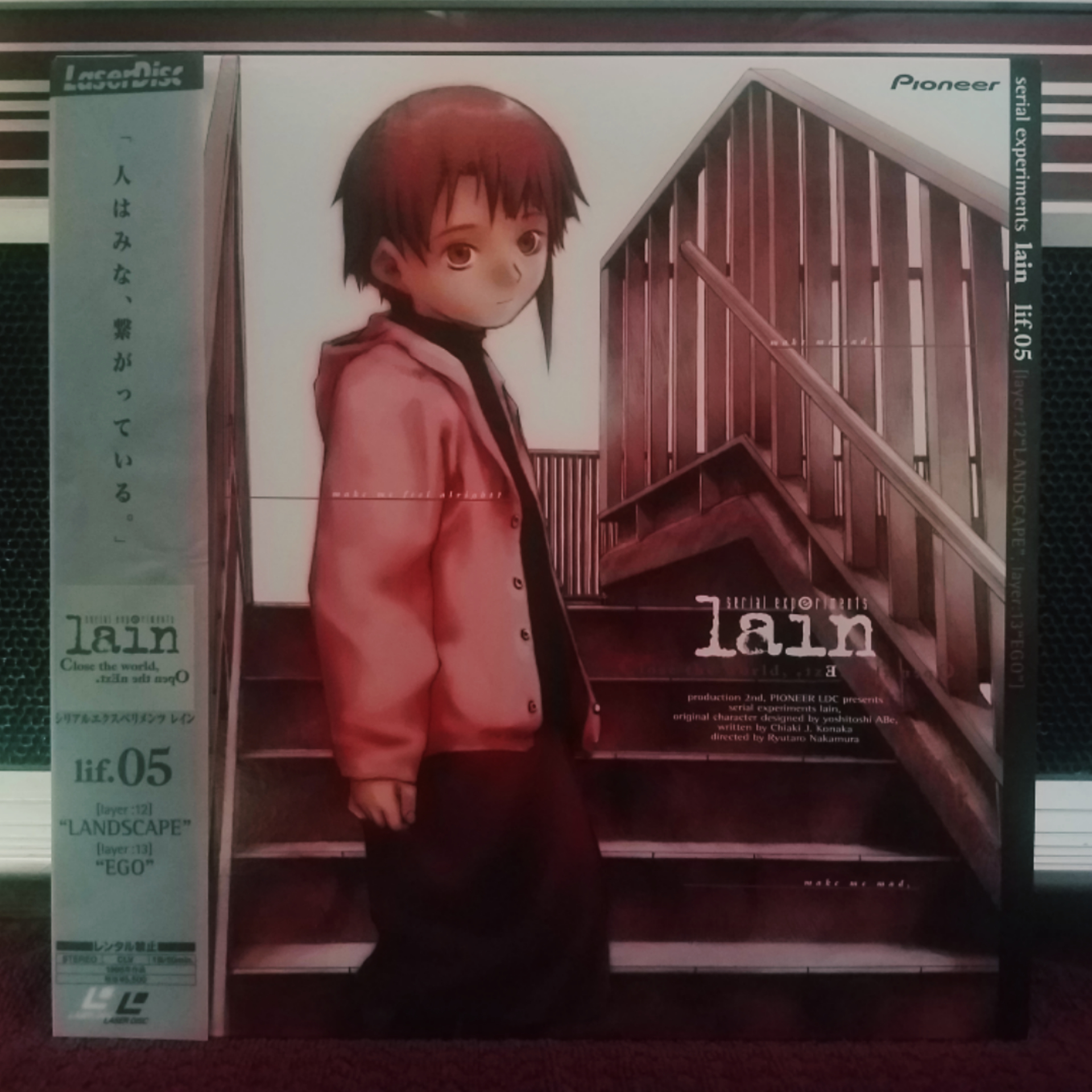 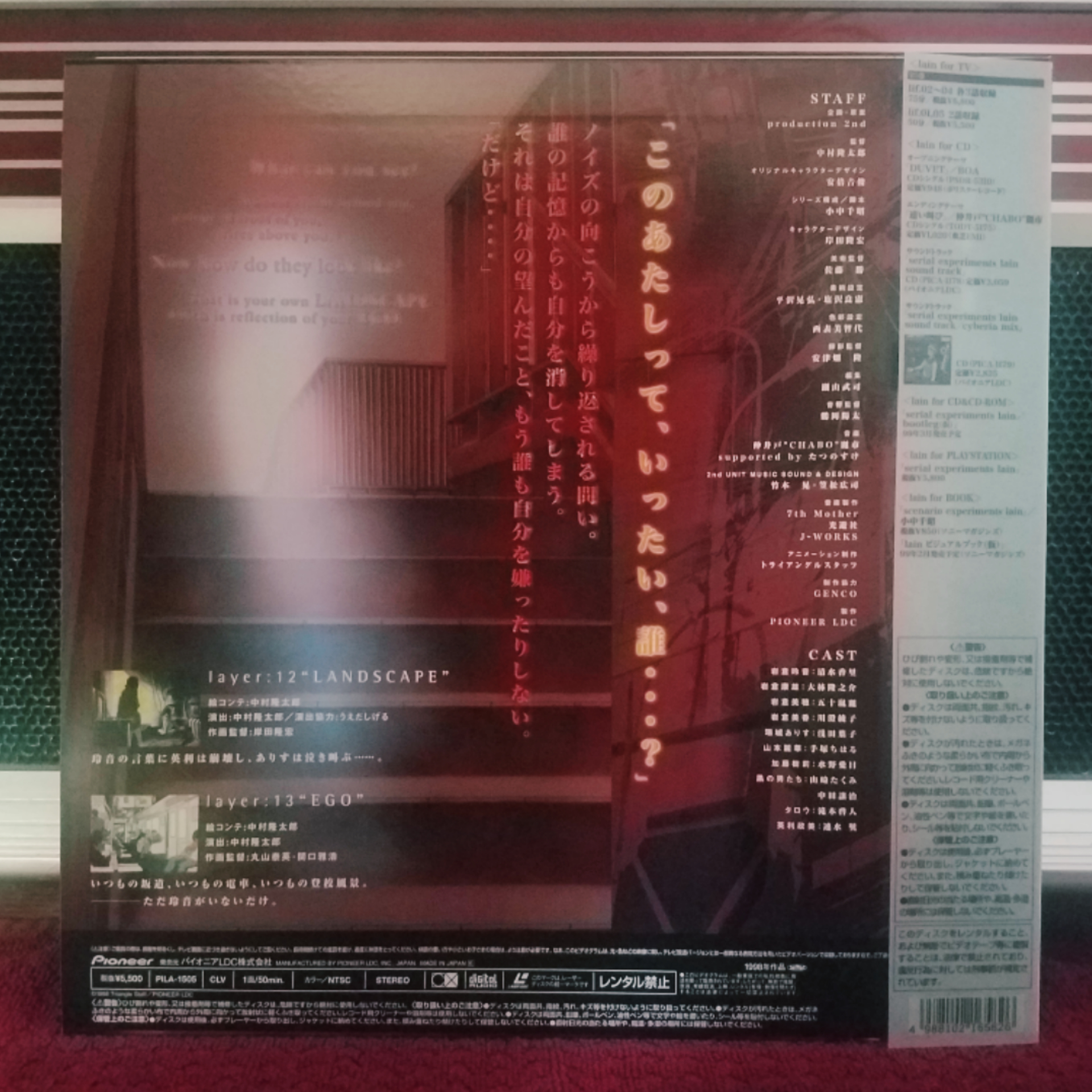 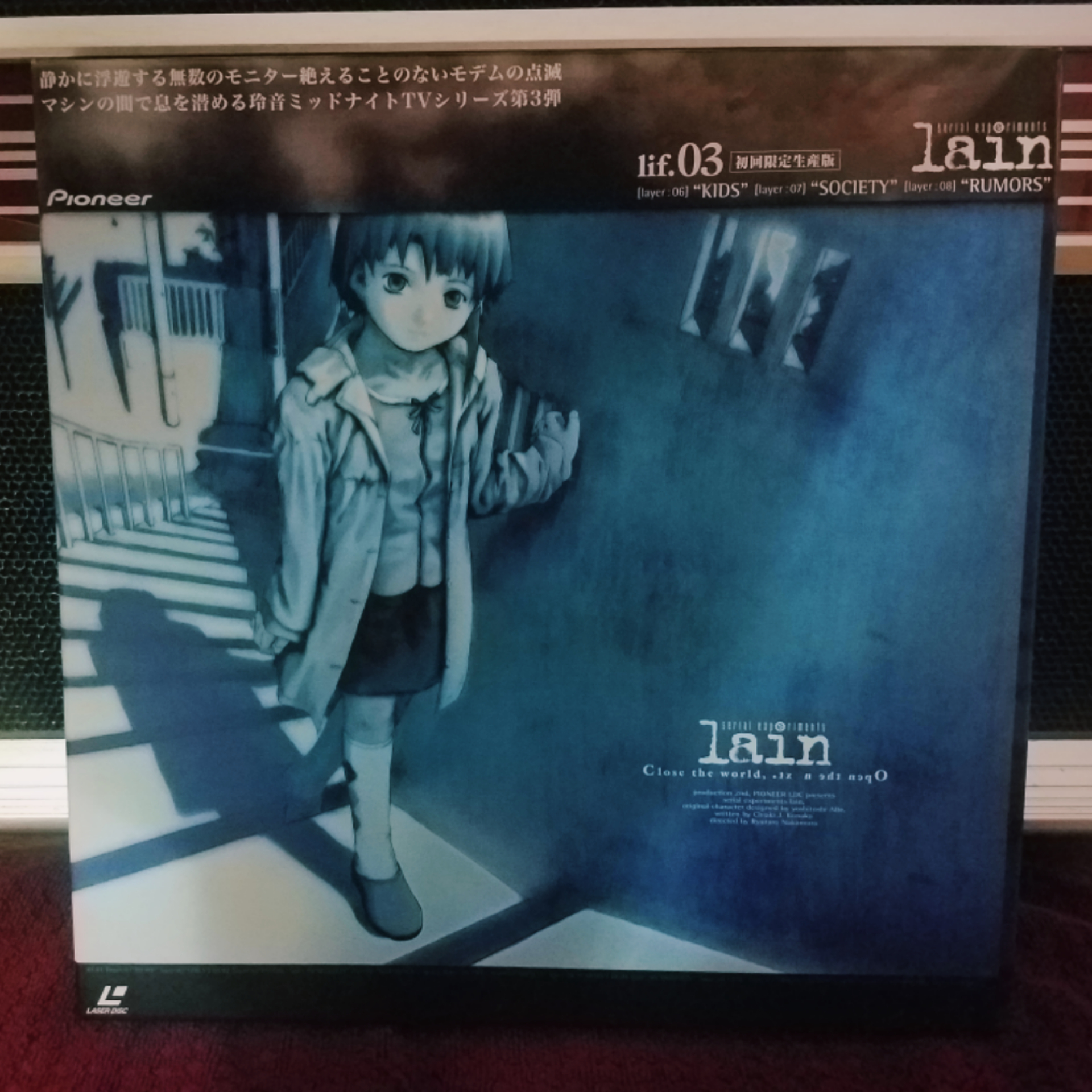 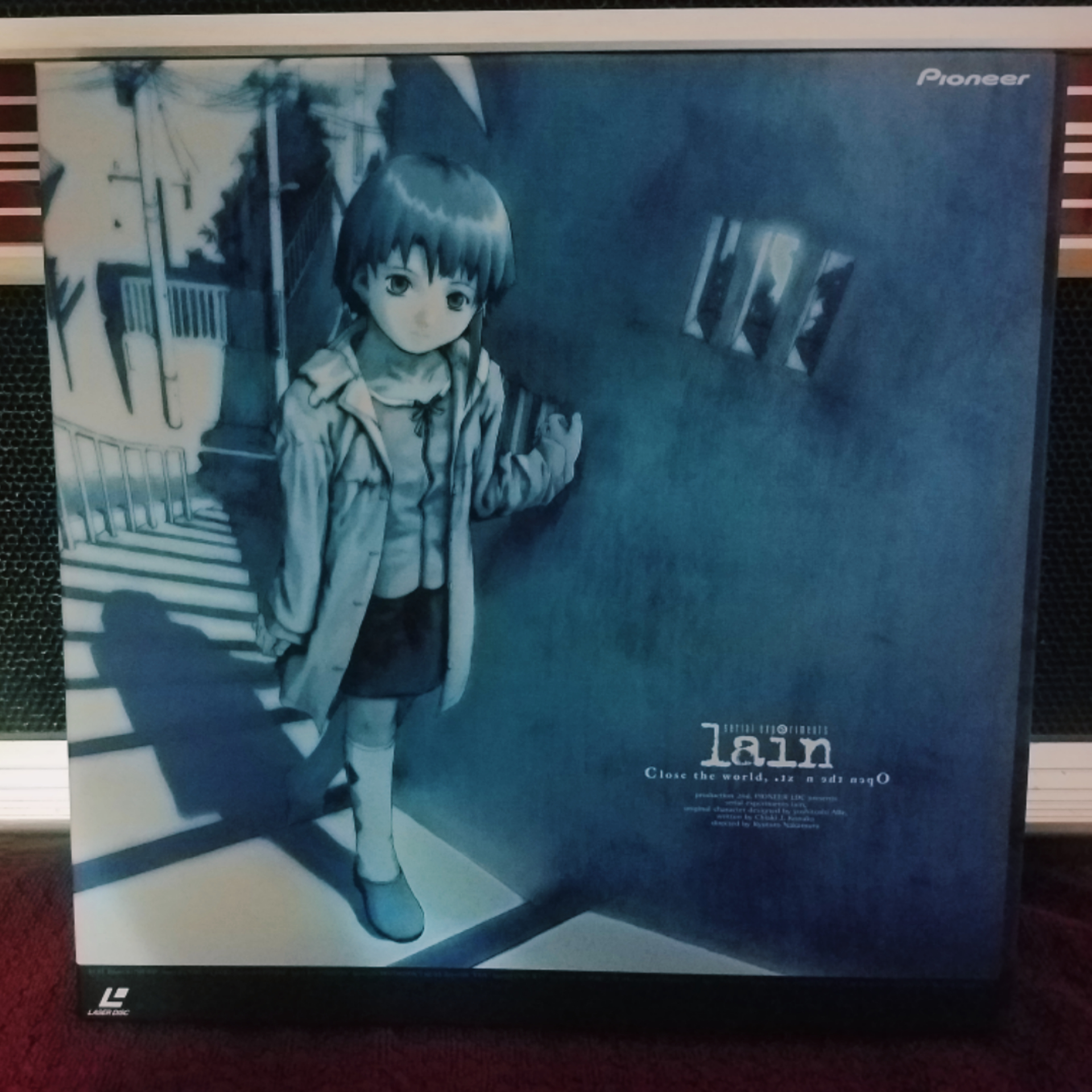 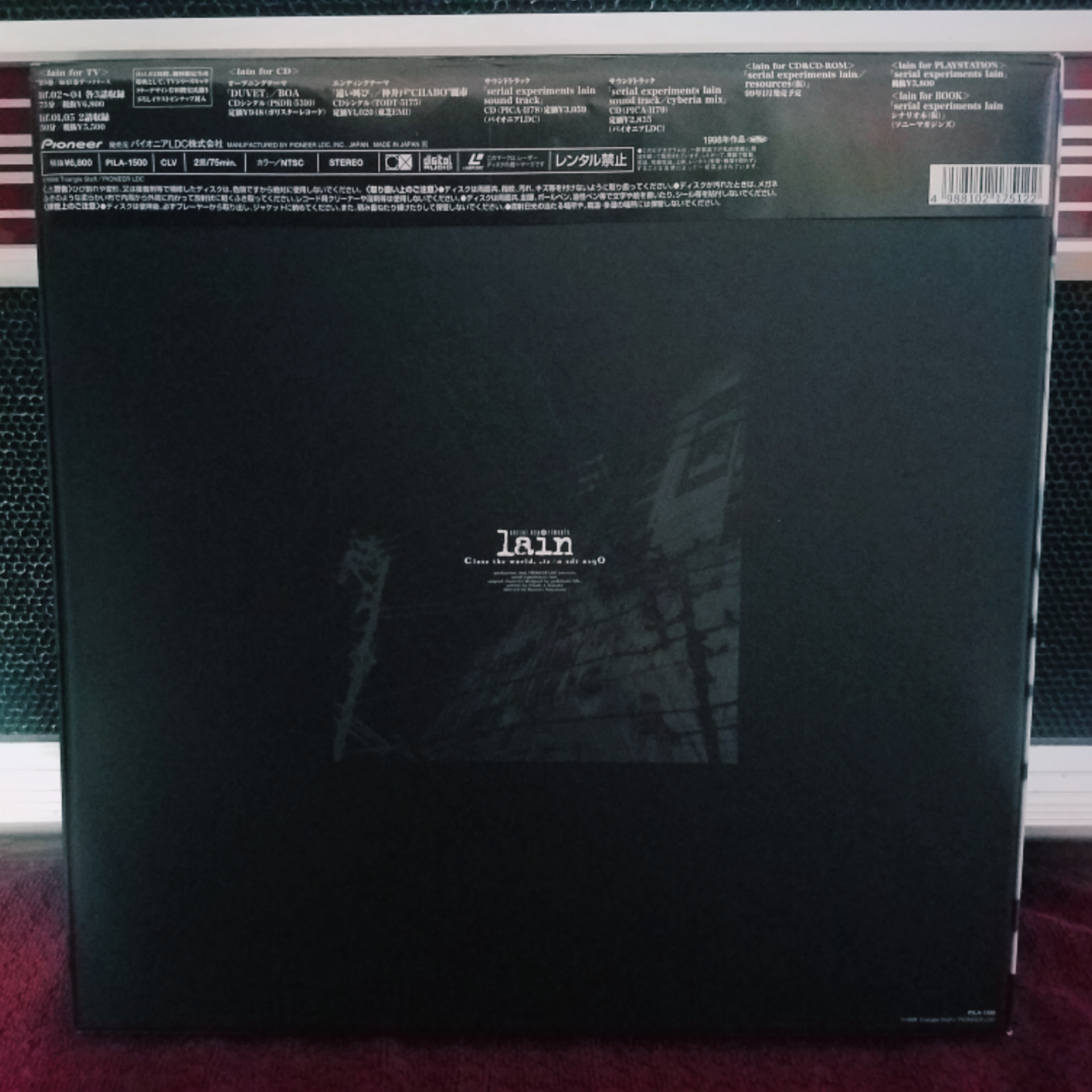 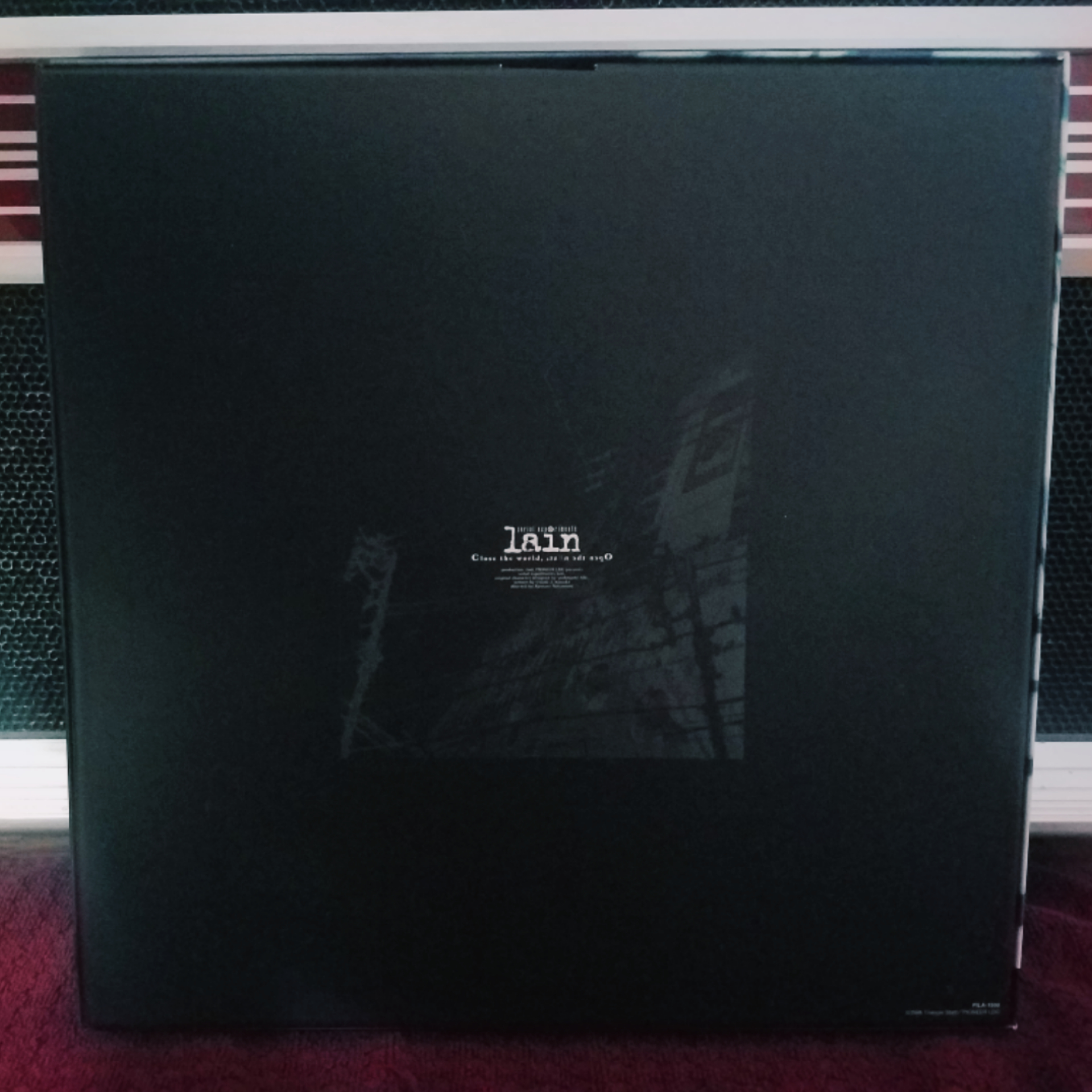 Pioneer always put SERIOUS effort into their releases, and this set is no different. The entire thirteen episode series is presented across five volumes in CLV format, which I find a *bit* strange (why not put out seven volumes with each episode in CAV for that matter?). Each volume contains killer LD sized booklets detailing the episodes contained within, concept art, and short interviews with Original character designer Yoshitoshi Abe, sound director Yota Tsuruoka, layout designer/animation director Takahiro Kishida, CG artist Junji Nakahara, and director/storyboard artist Ryutarou Nakamura respectively. 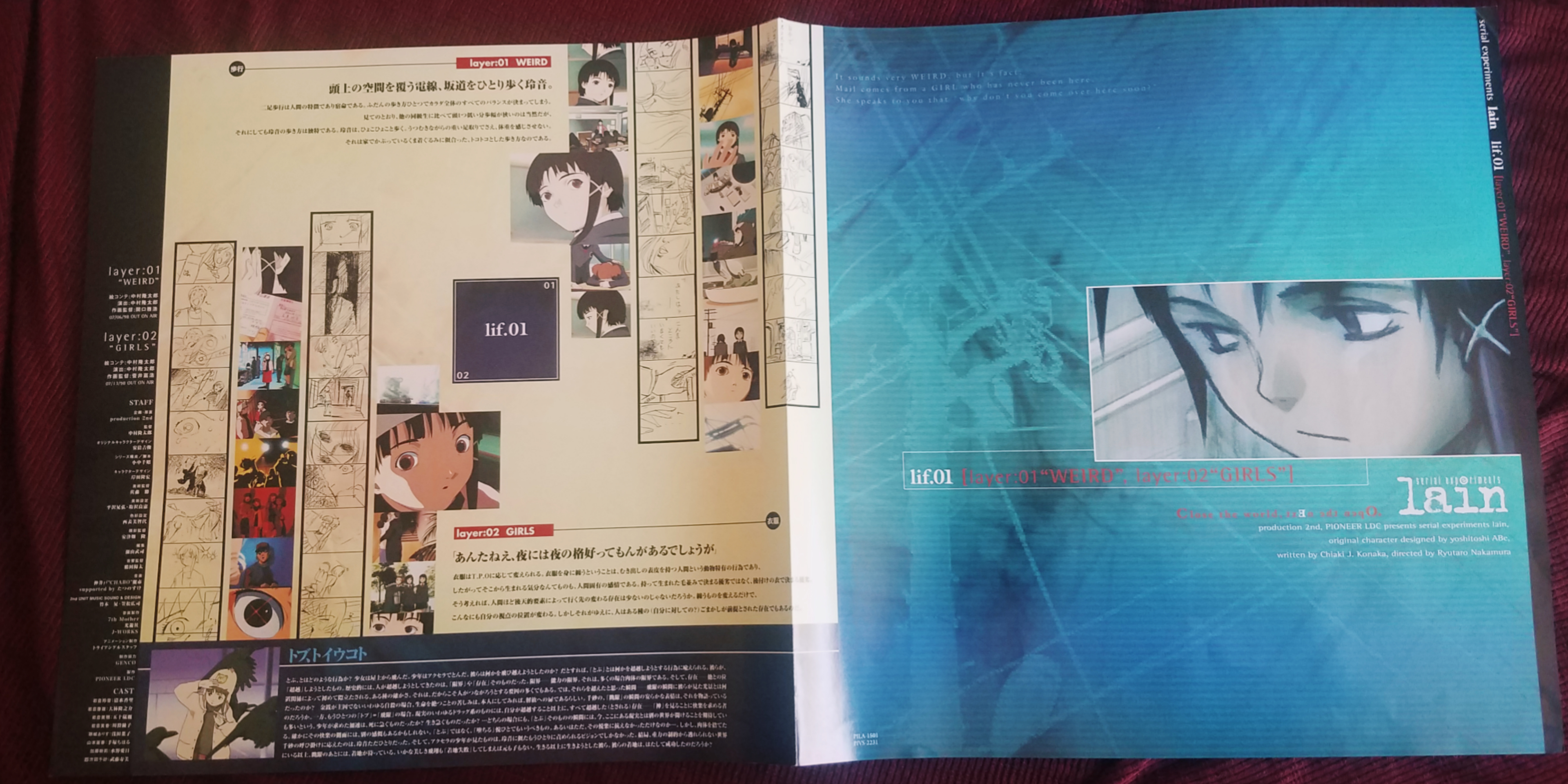 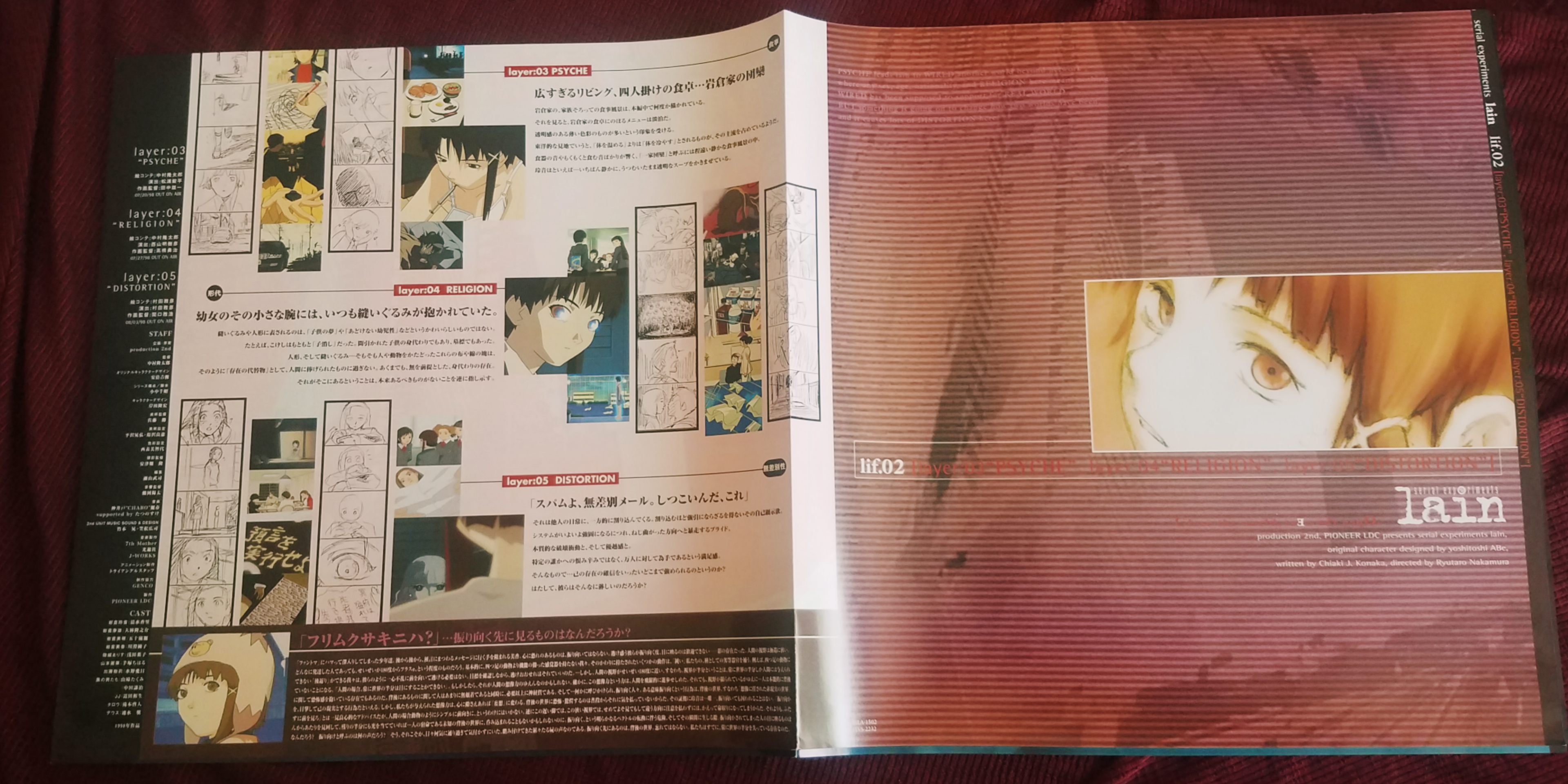 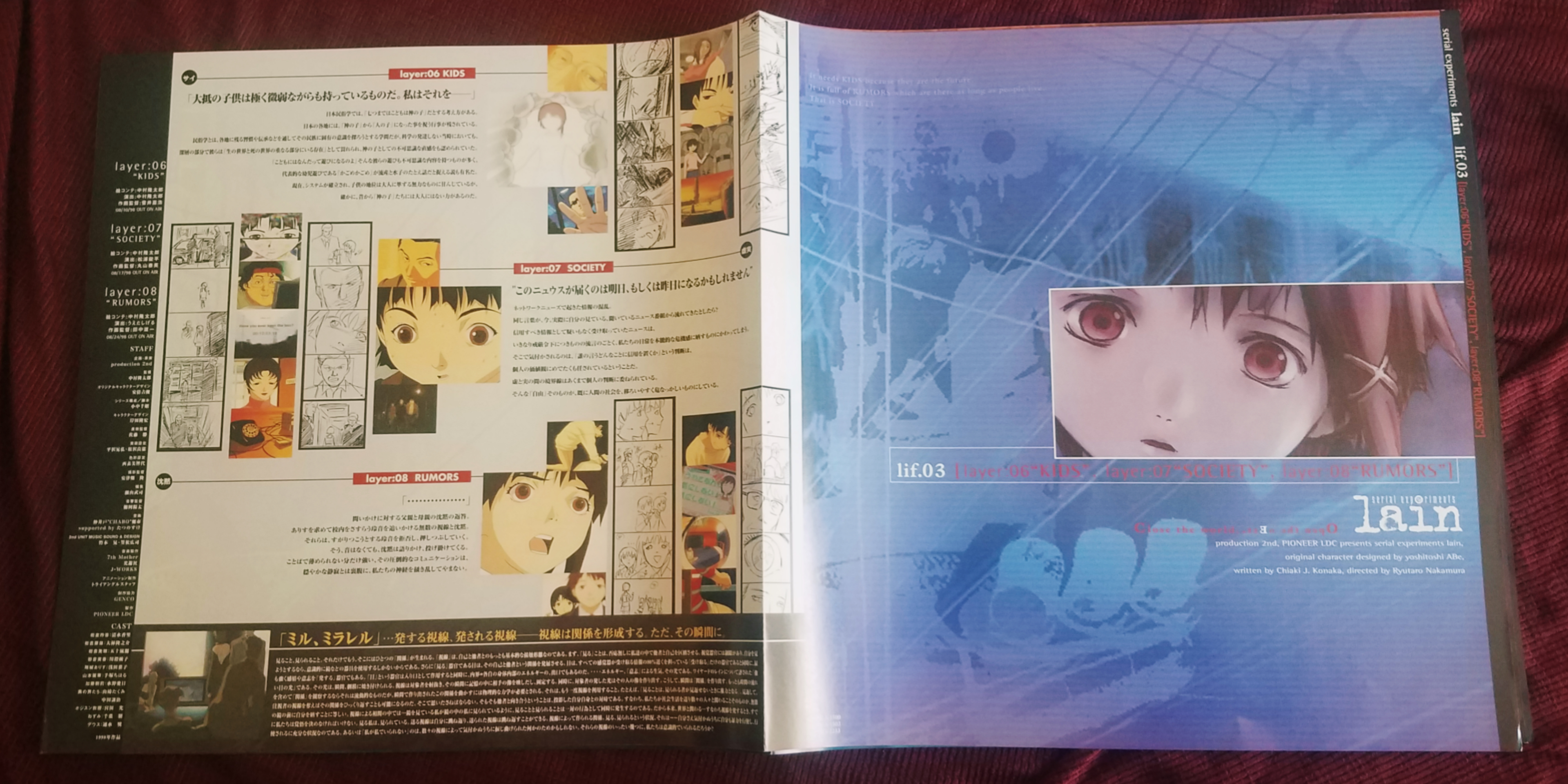 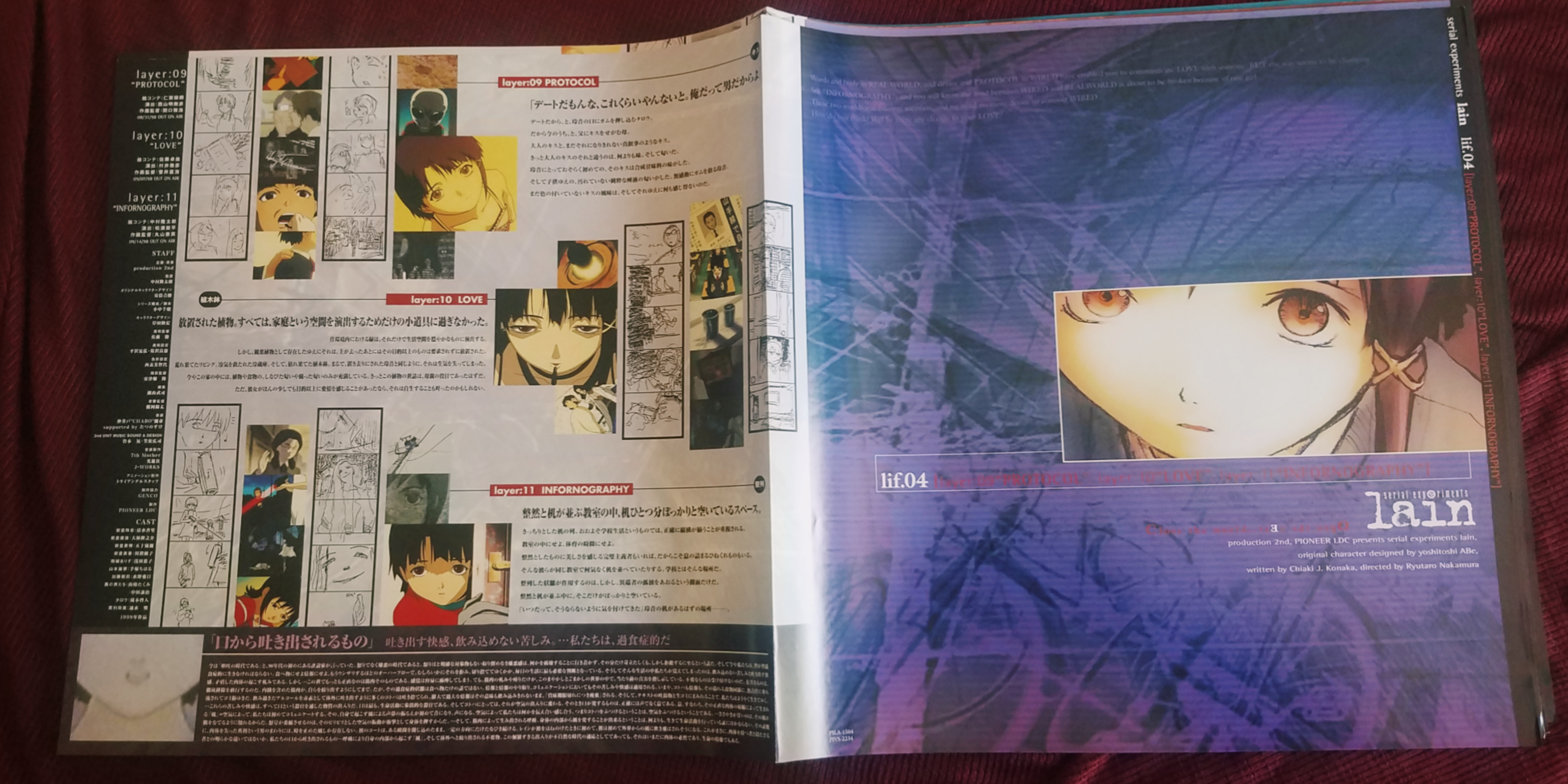 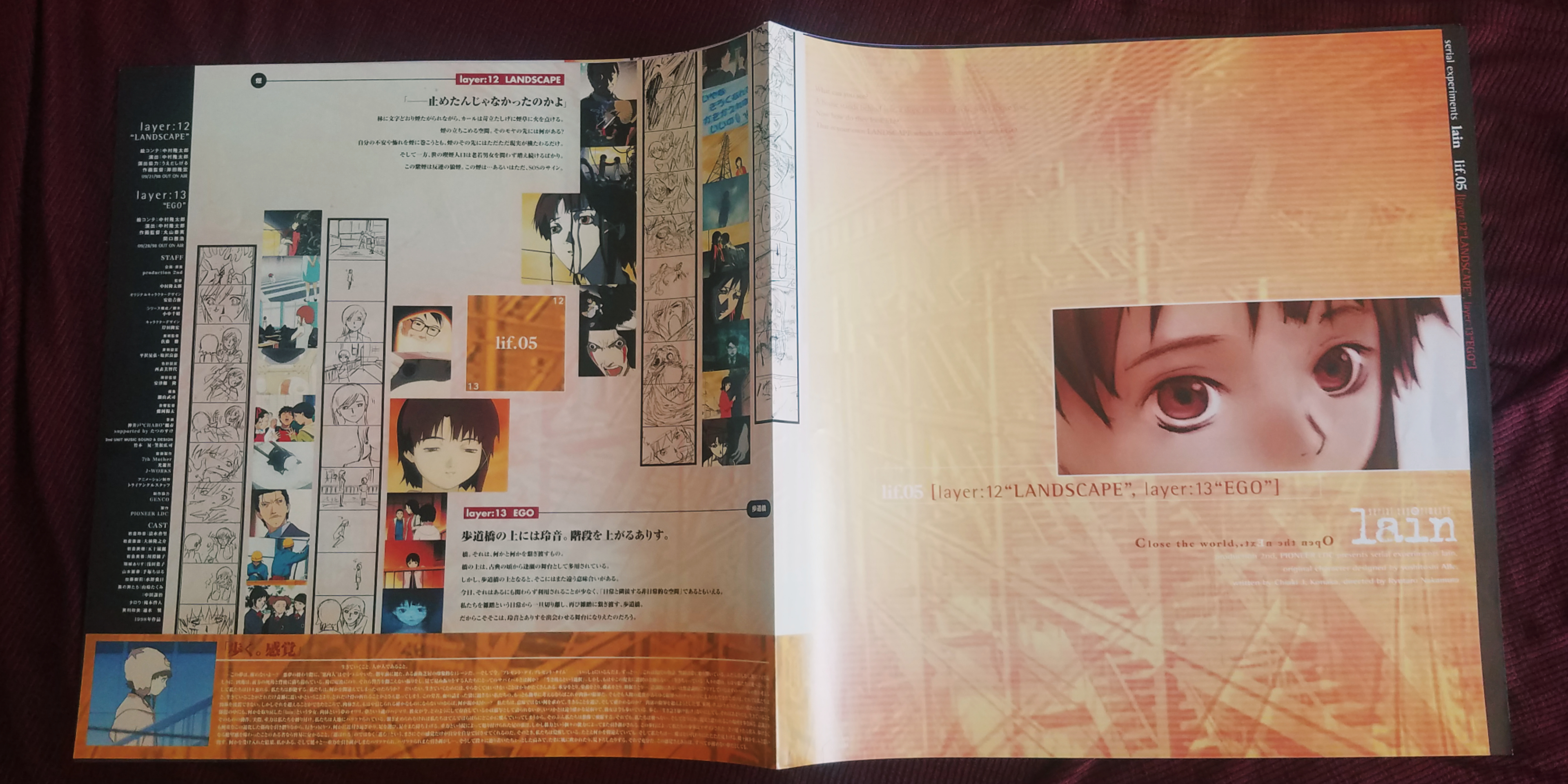 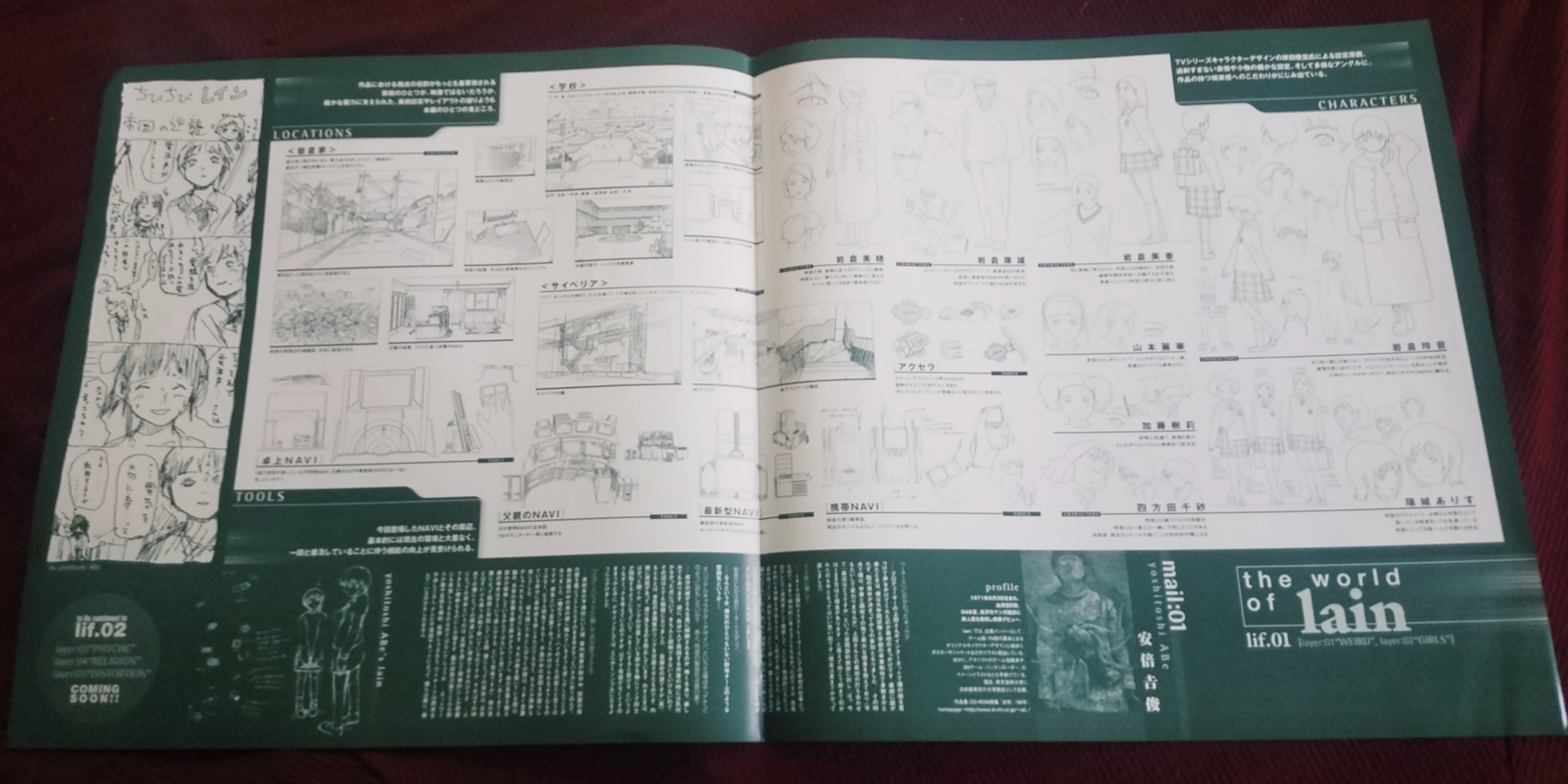 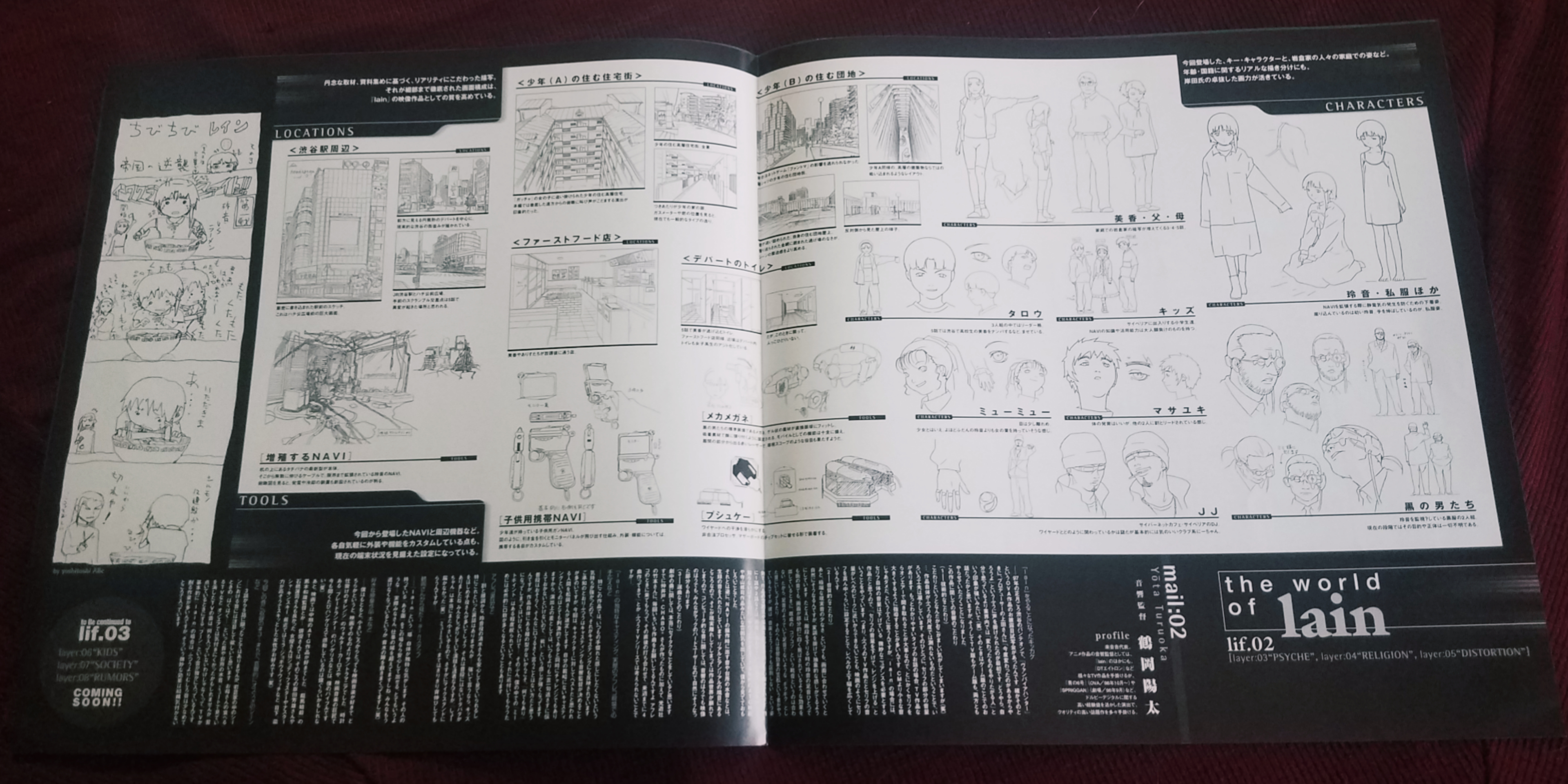 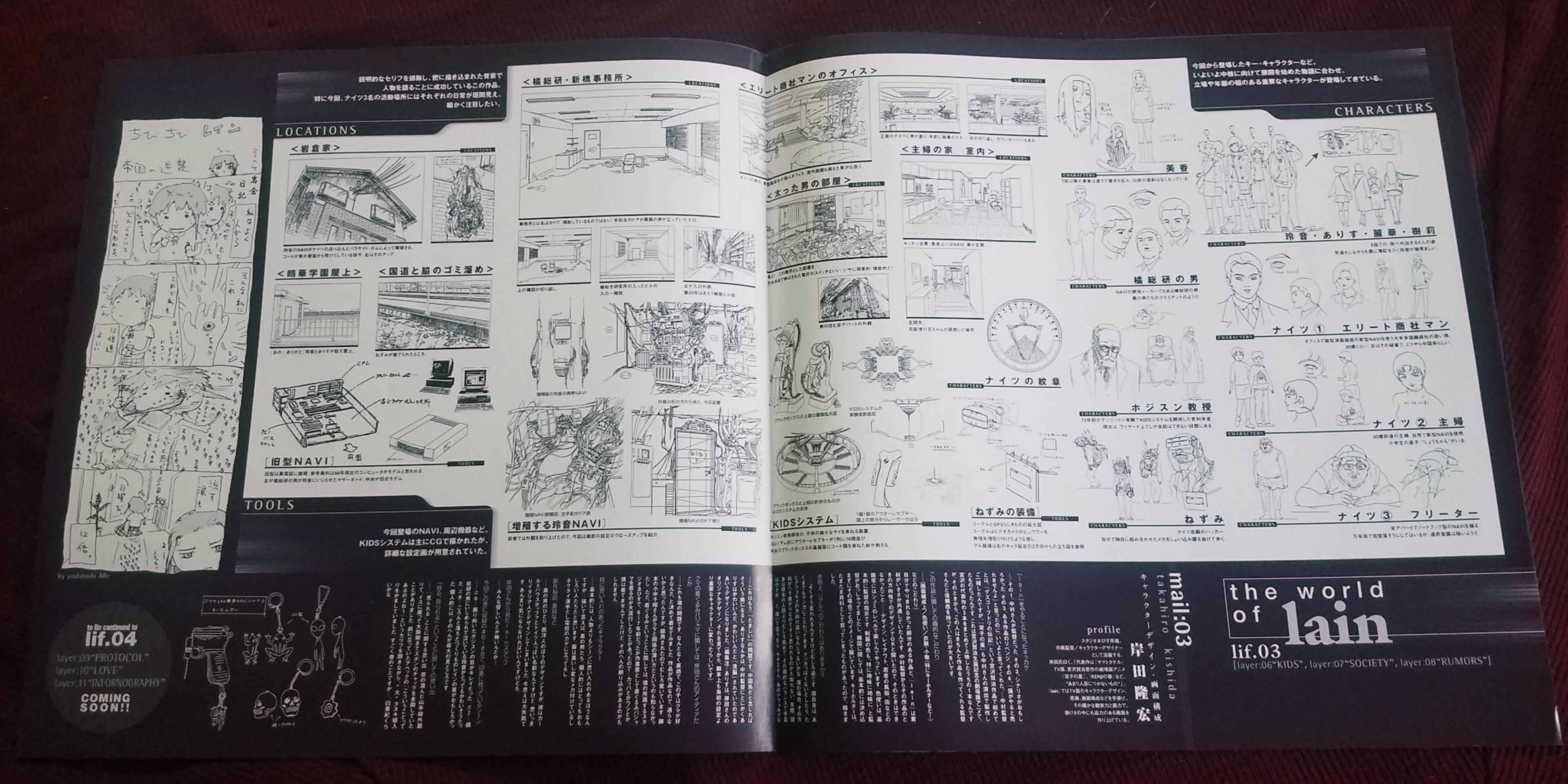 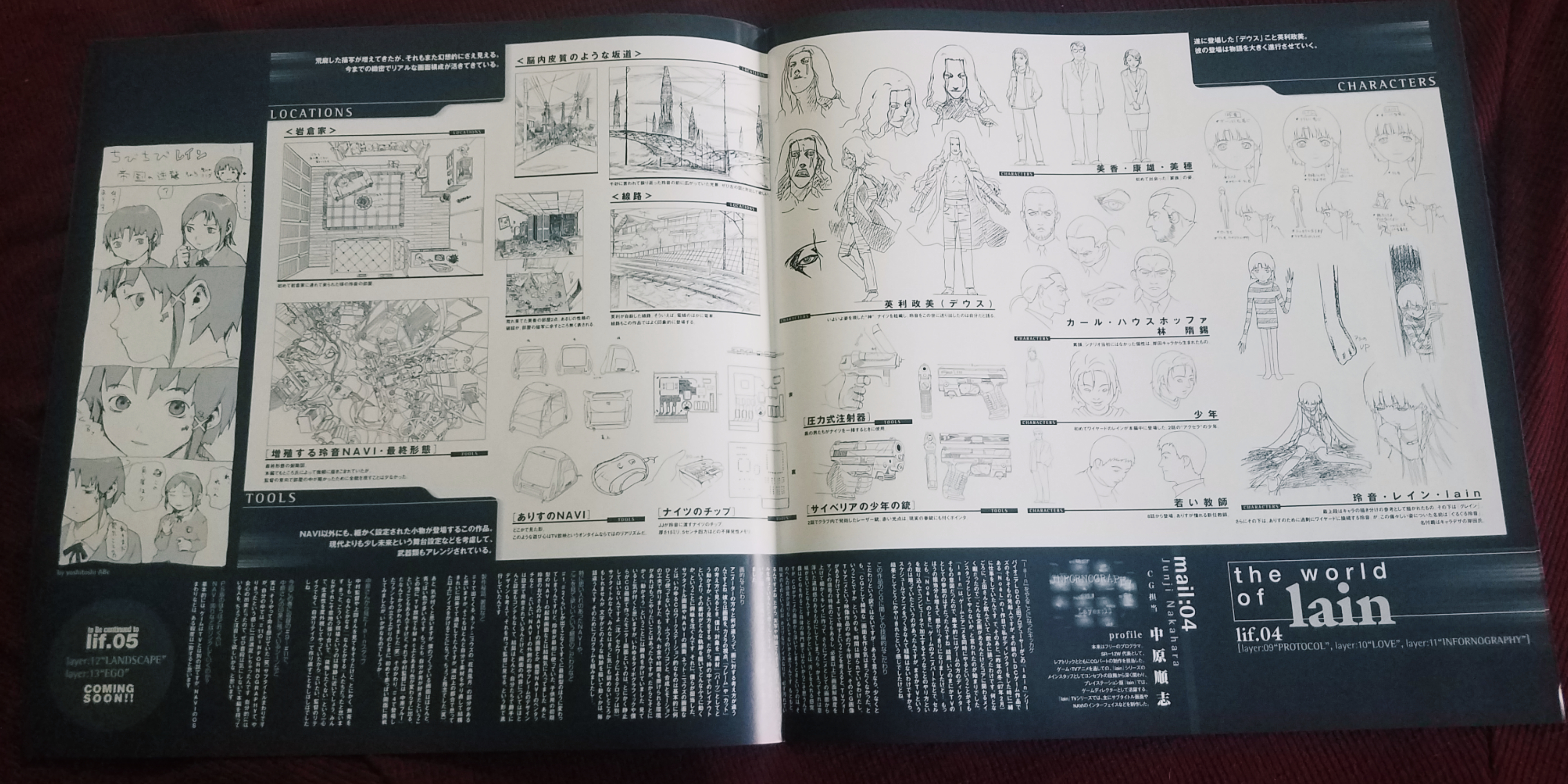 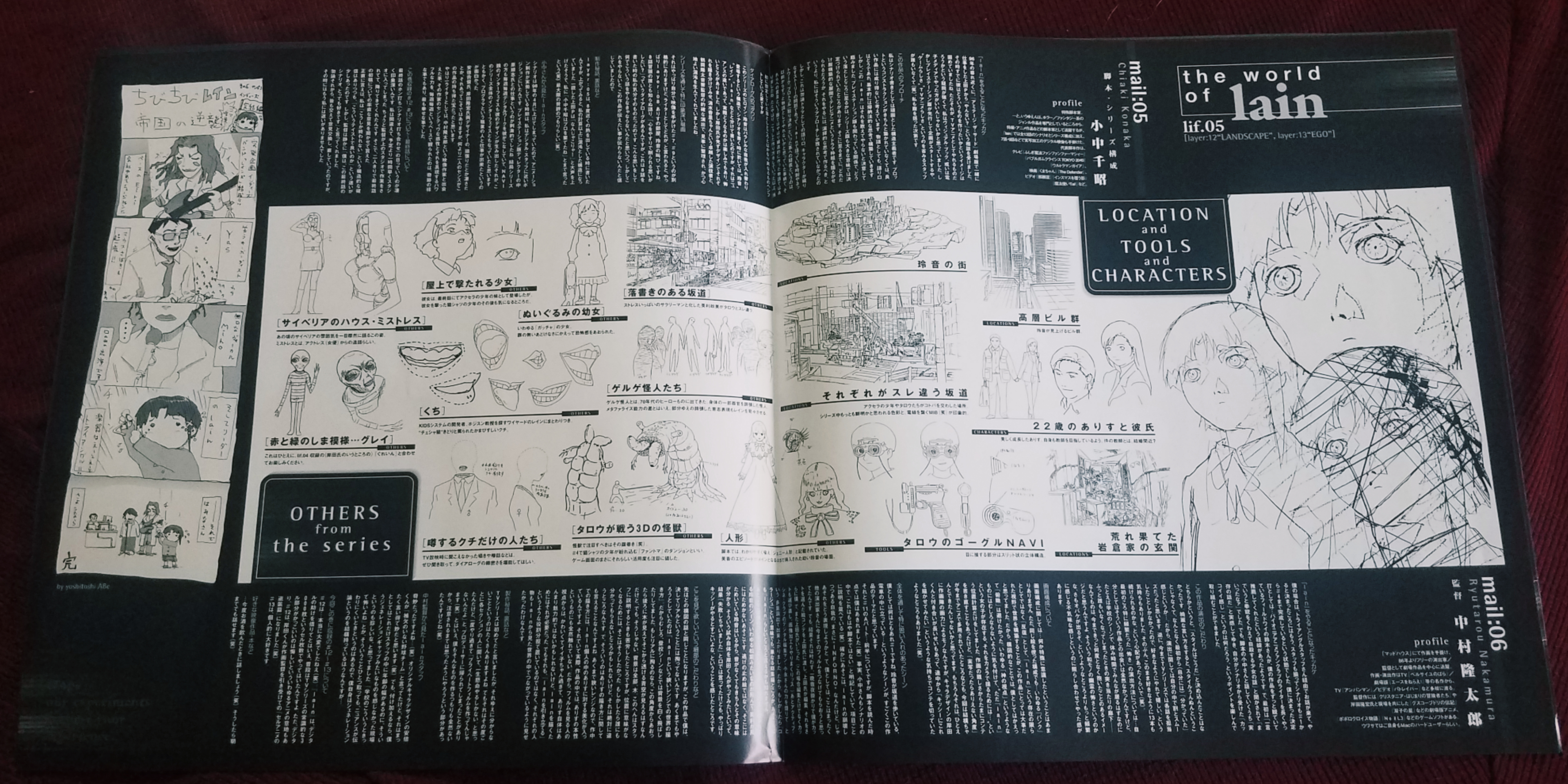 Lif. 02 - 05 also have LD sized art prints (and I couldn't help but frame the one featured in Lif. 03!). Not to mention the obligatory mail away card thingies that most Japanese LDs have. 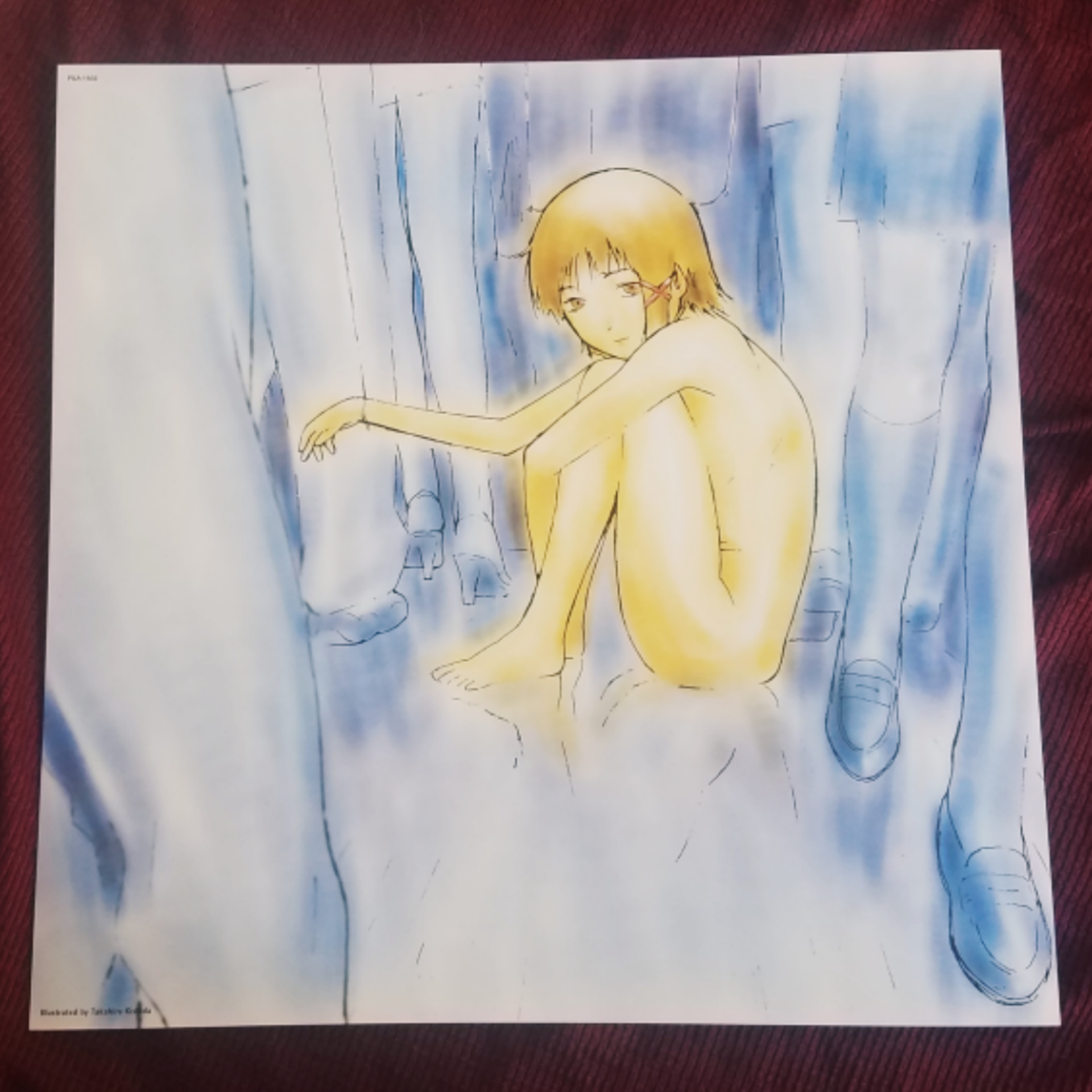 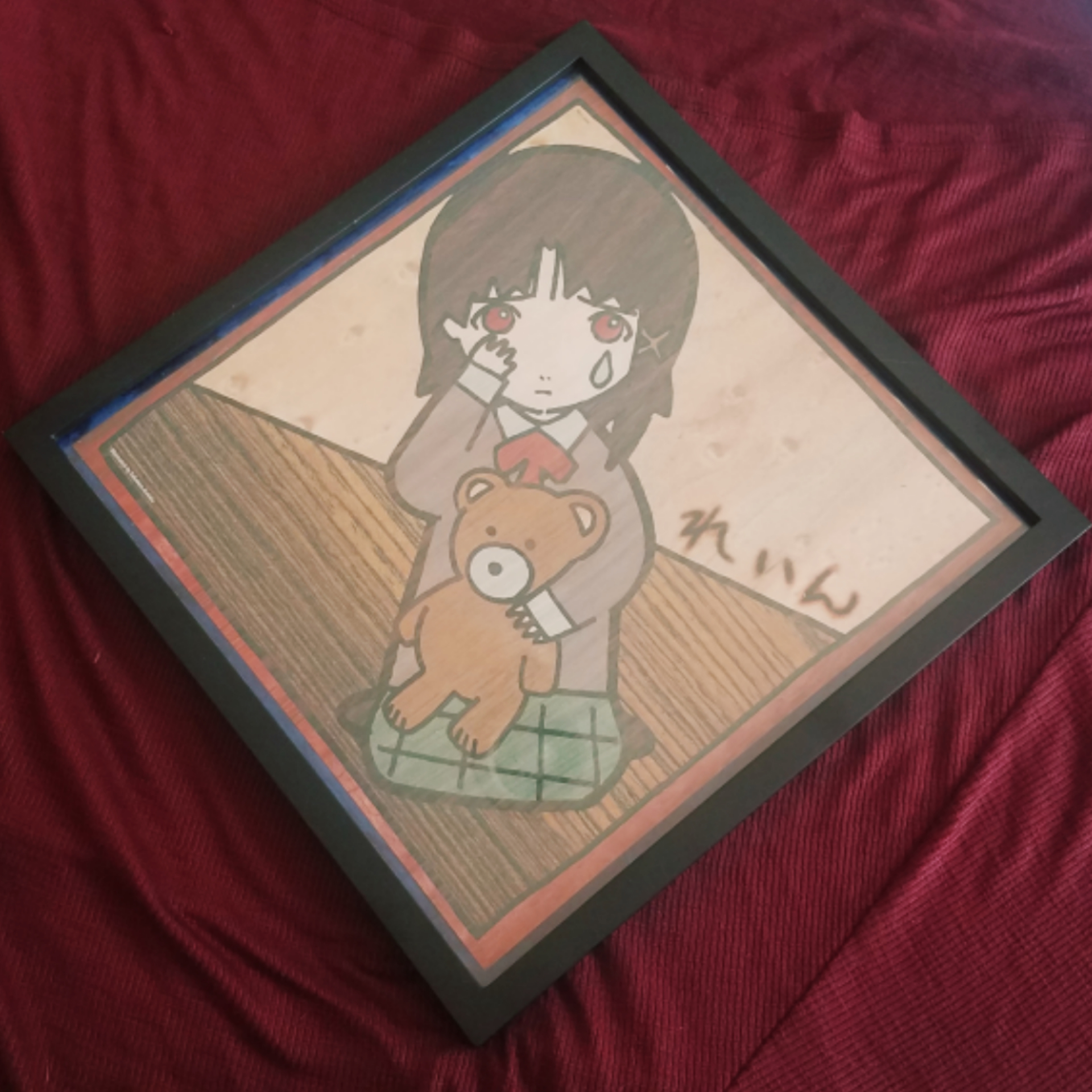 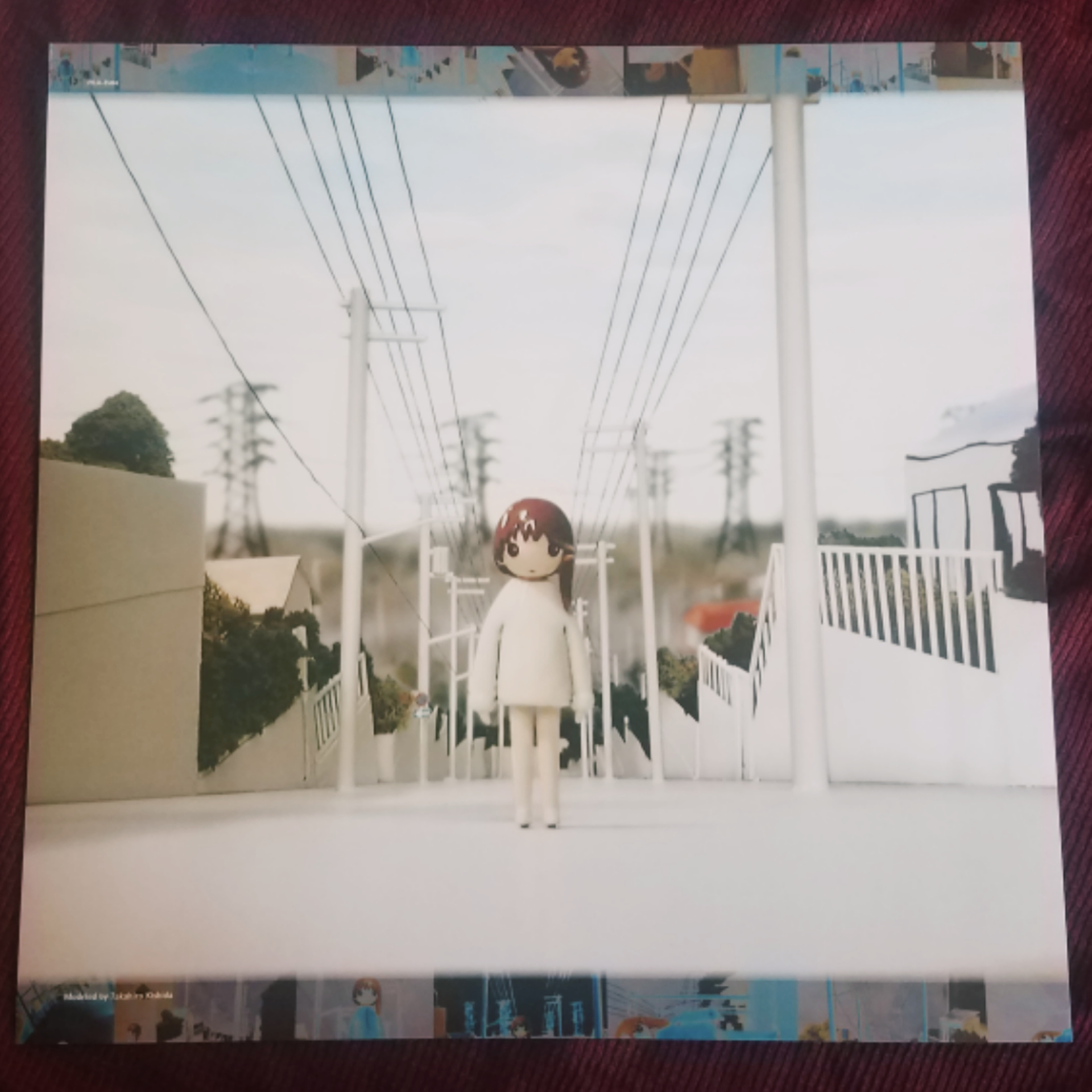 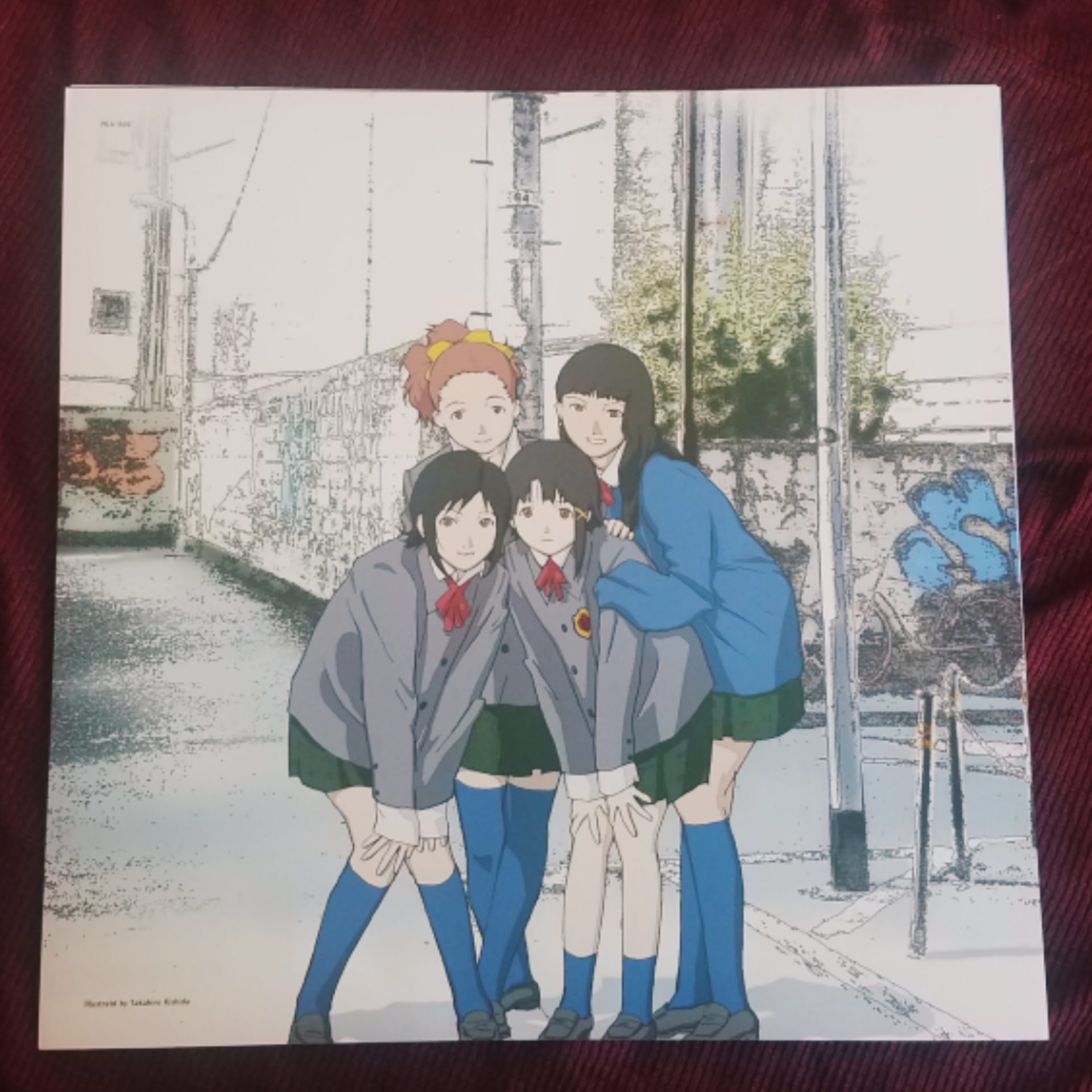 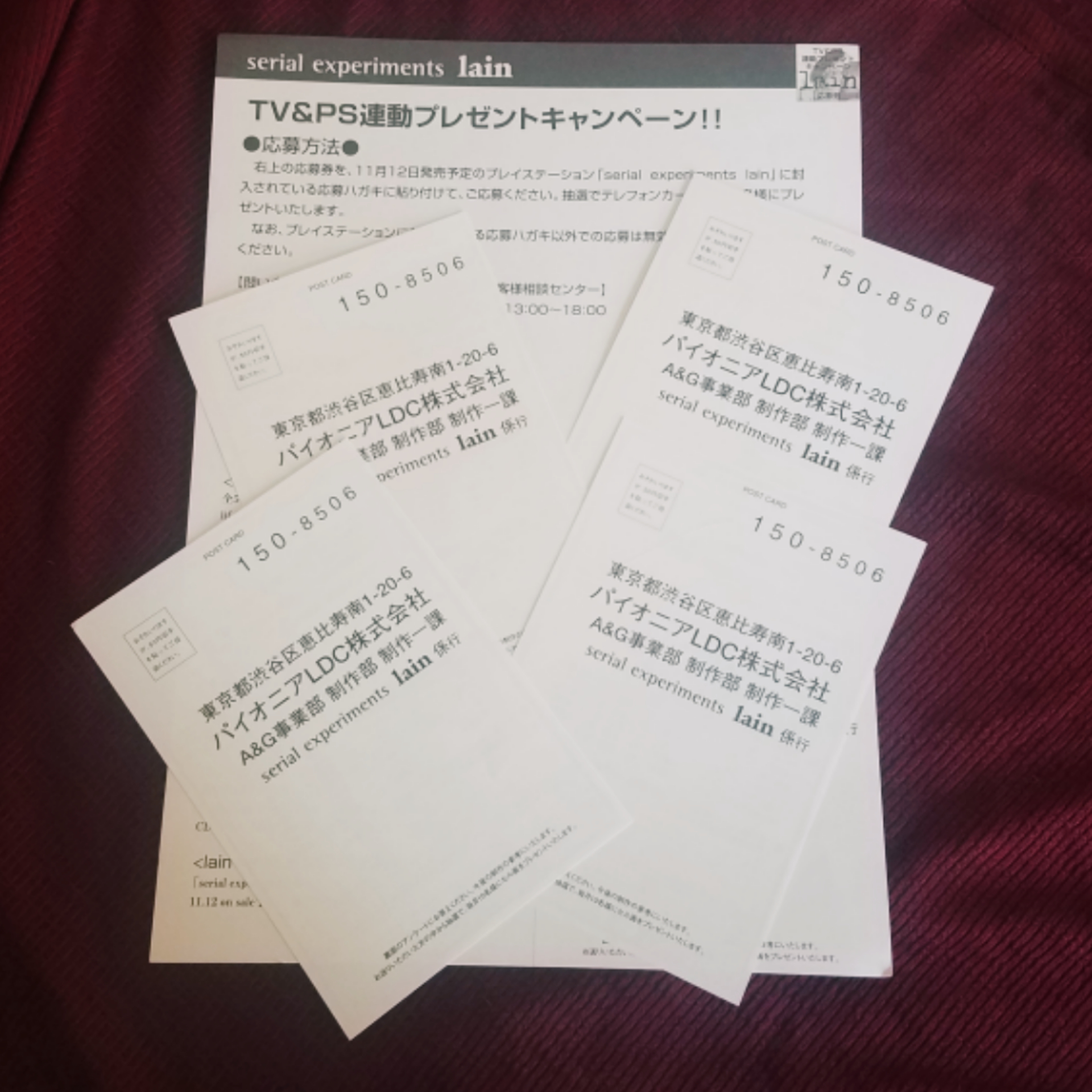 I had mentioned in my Perfect Blue Special Collection article that I REALLY need video capture equipment and the Lain set demands that of me as well. Each disc has a similar collection of Lain TV promos, namely each and every Kaori Shimizu "Device/ Next Layer" episode promo and adverts of Lain "FOR TV" (advertising Lif. 01 - 05 on LD, VHS, and DVD), Lain "FOR CD" (including all of the soundtrack releases, from the Duvet theme song on an 8cm CD single to the BOOTLEG set, which contained a strange CD-ROM), and Lain "FOR PLAYSTATION" (self explanatory, three different promo spots for the infamous Lain PS1 game). Beyond all the Lain TV spots, each volume has PLENTY of promo for other Pioneer releases, from DVD releases of Armitage III: The Polymatrix, Tenchi Muyo, and Oh! Sûpâ Miruku-chan, to albums and singles from artists such as Mizuno Manubi and Mayumi Iizuka (who is maybe best known for her voice work on Pokemon!).

All that being said, the Serial Experiments Lain laserdisc set from Pioneer is ABSOLUTELY STELLAR. They really knocked it out of the park here and I'm over the moon that I got my hands on it.