So, The Toxic Avenger. What the hell needs to be said about The Toxic Avenger!?!?! It's a bonafide 80s trashy cinema classic and Lloyd Kaufman is nothing short of a fuckin genius! Not to mention, this edition is *the* edition to have on LaserDisc! Well, ok, there *is* an awesome Japanese one too but... maybe someday.

Released in August '98, The Toxic Avenger: Unrated Director's Cut was released by Troma's own video label 'Troma Team Video', which only ever released a total of 4 LD titles (assumably it was just more financially viable to stick to VHS and continue forward with DVD). 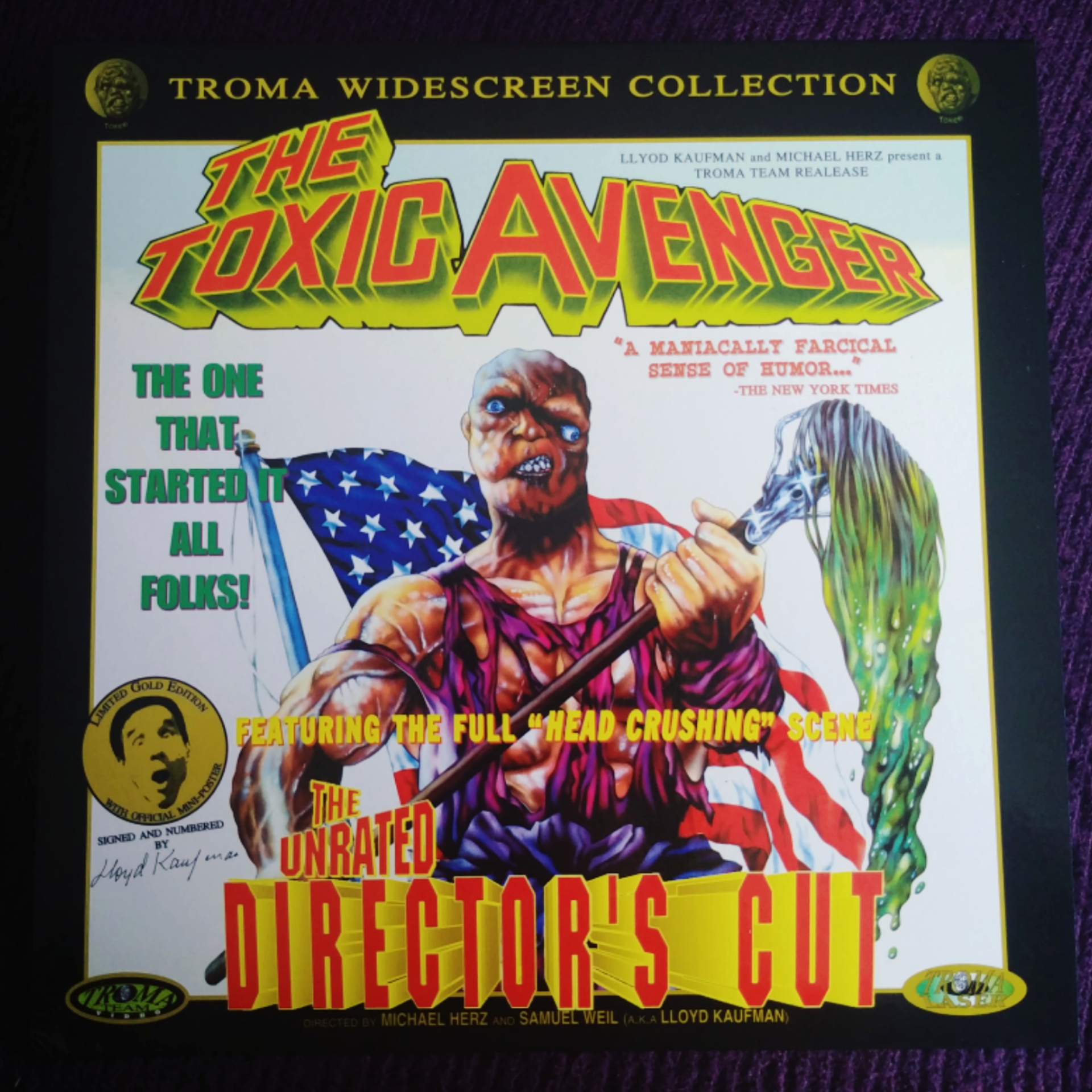 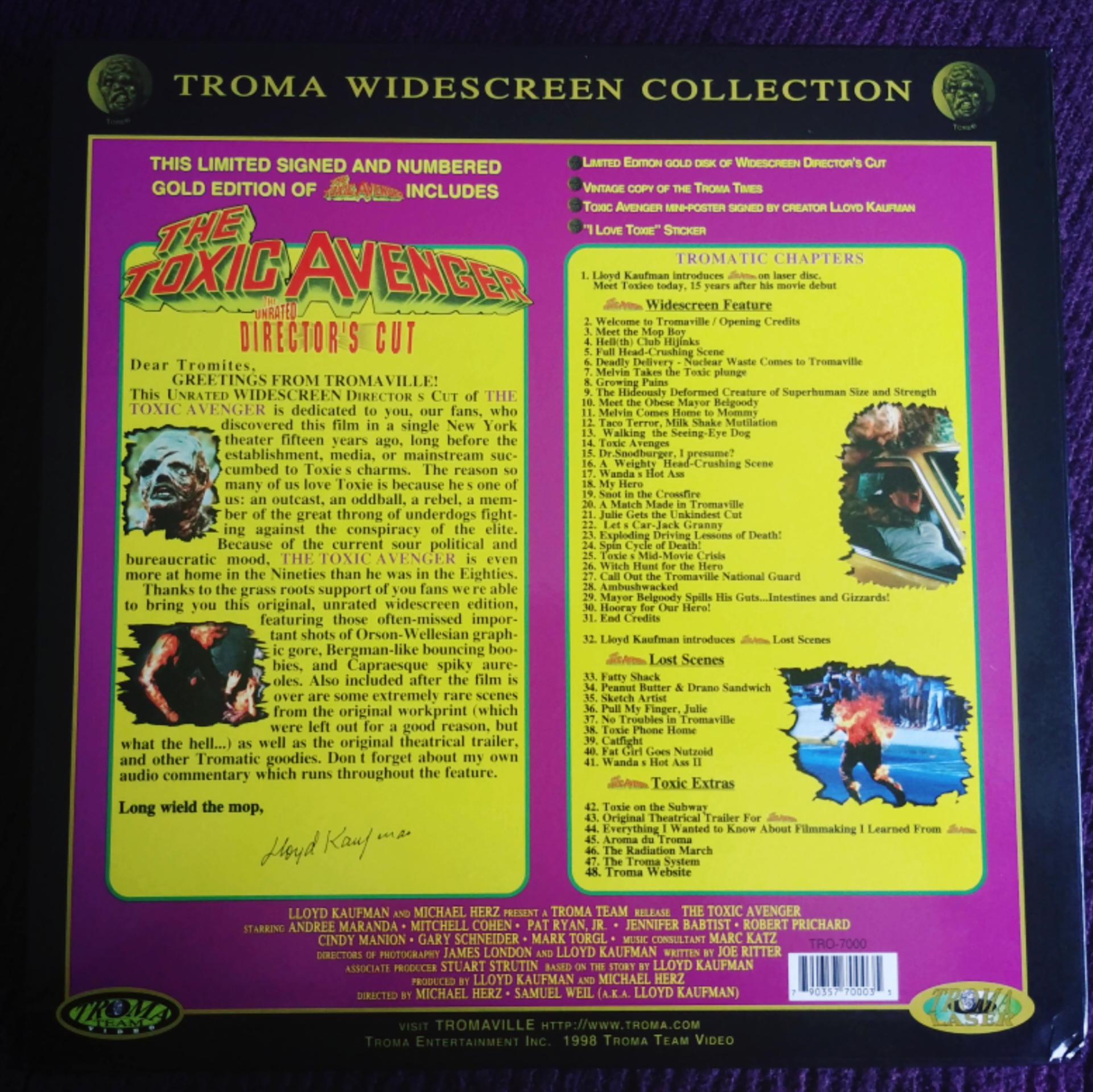 First off, the disc. You're seeing that correctly, it's frickin gold! Plus it has a bit of a green tint to it which is more than appropriate considering the film! This is officially the first colored disc in my collection and it is really stunning (and a bit reminiscent of all those late 80s CD-Video titles from Europe). 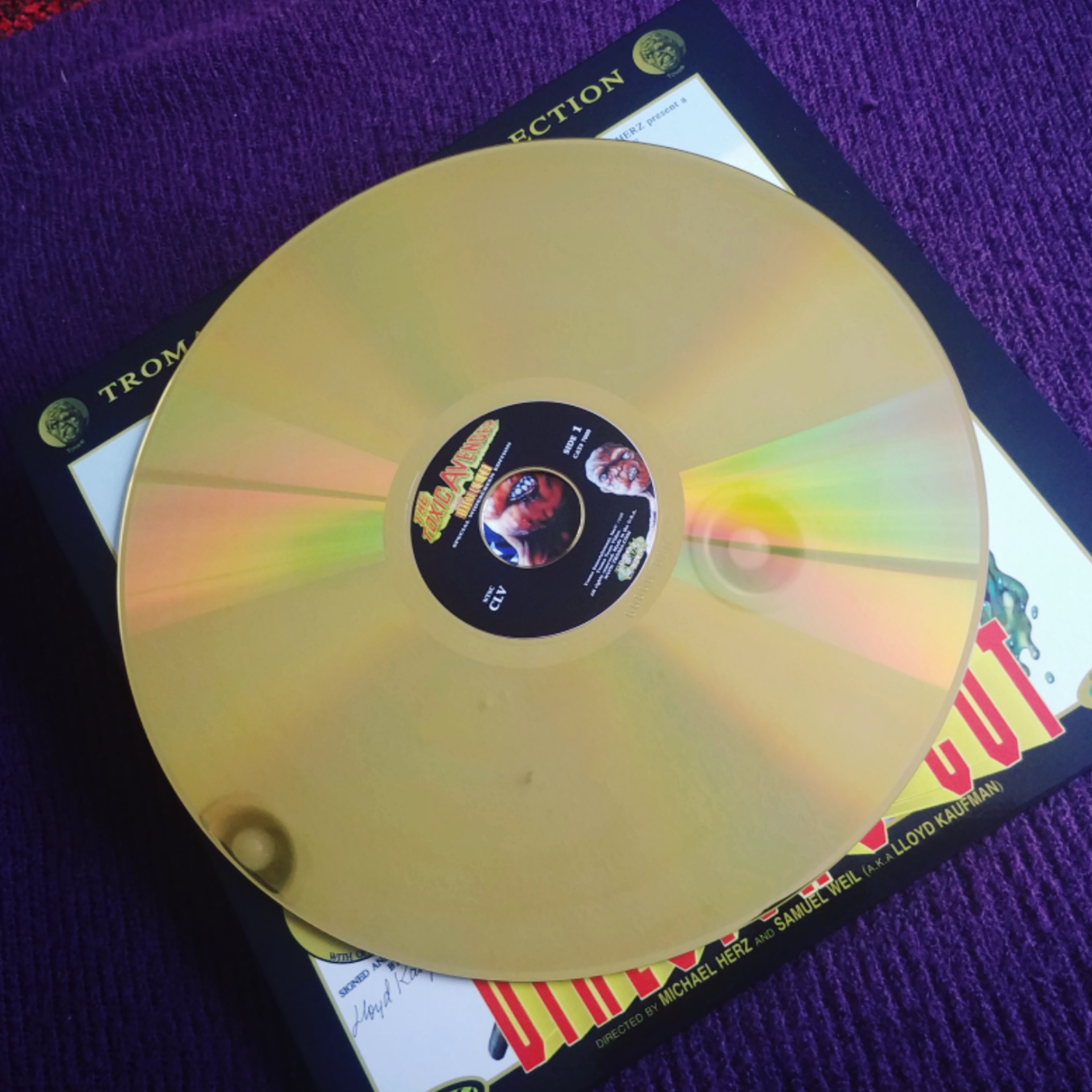 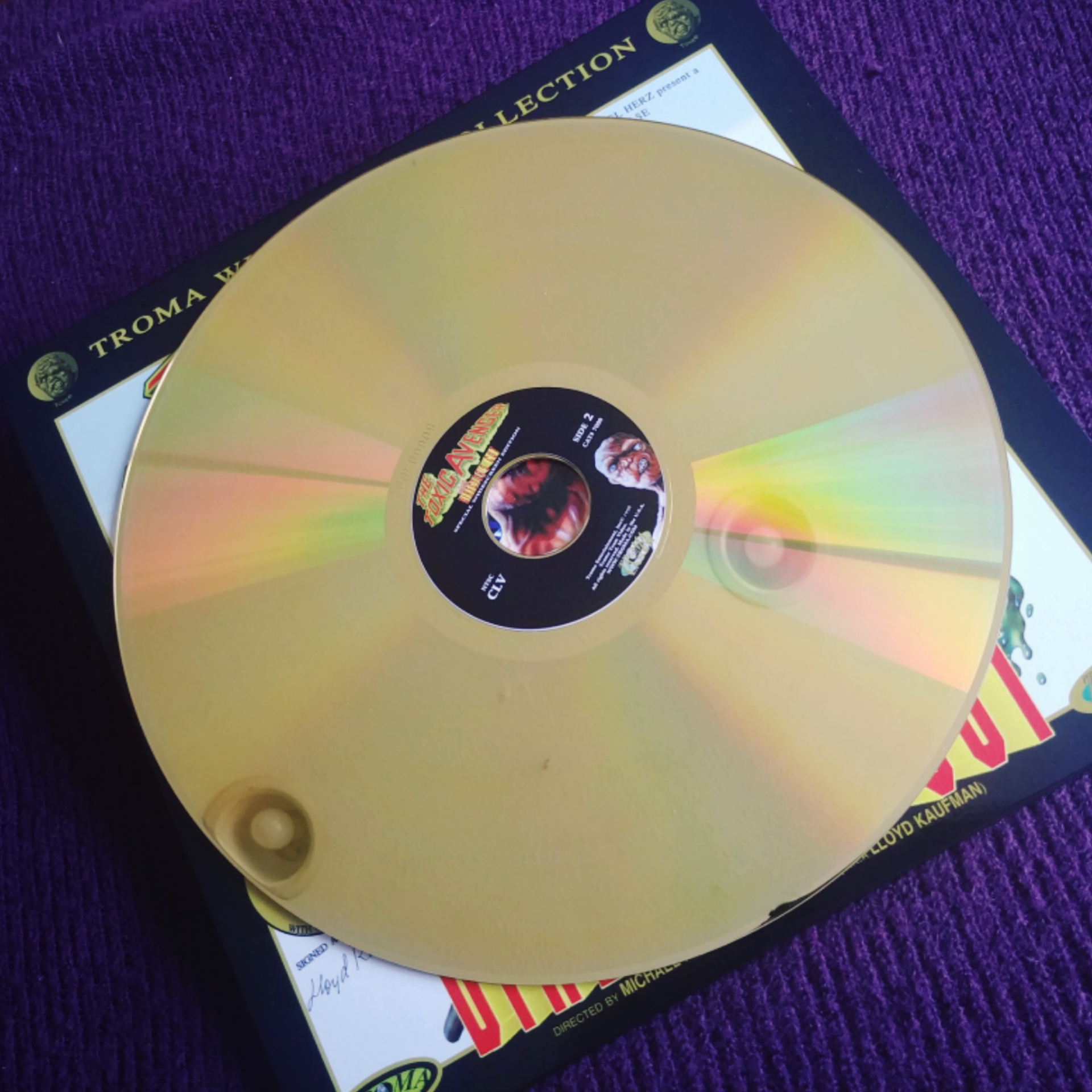 Then we've got some awesome inserts, starting with Volume #24 of The Troma Times, which details Troma's adventures at the 1998 Cannes Film Festival! So delightfully late 90s! It mentions Carmen Electra, Cannibal! The Musical, and mocks global warming on the front cover ALONE! 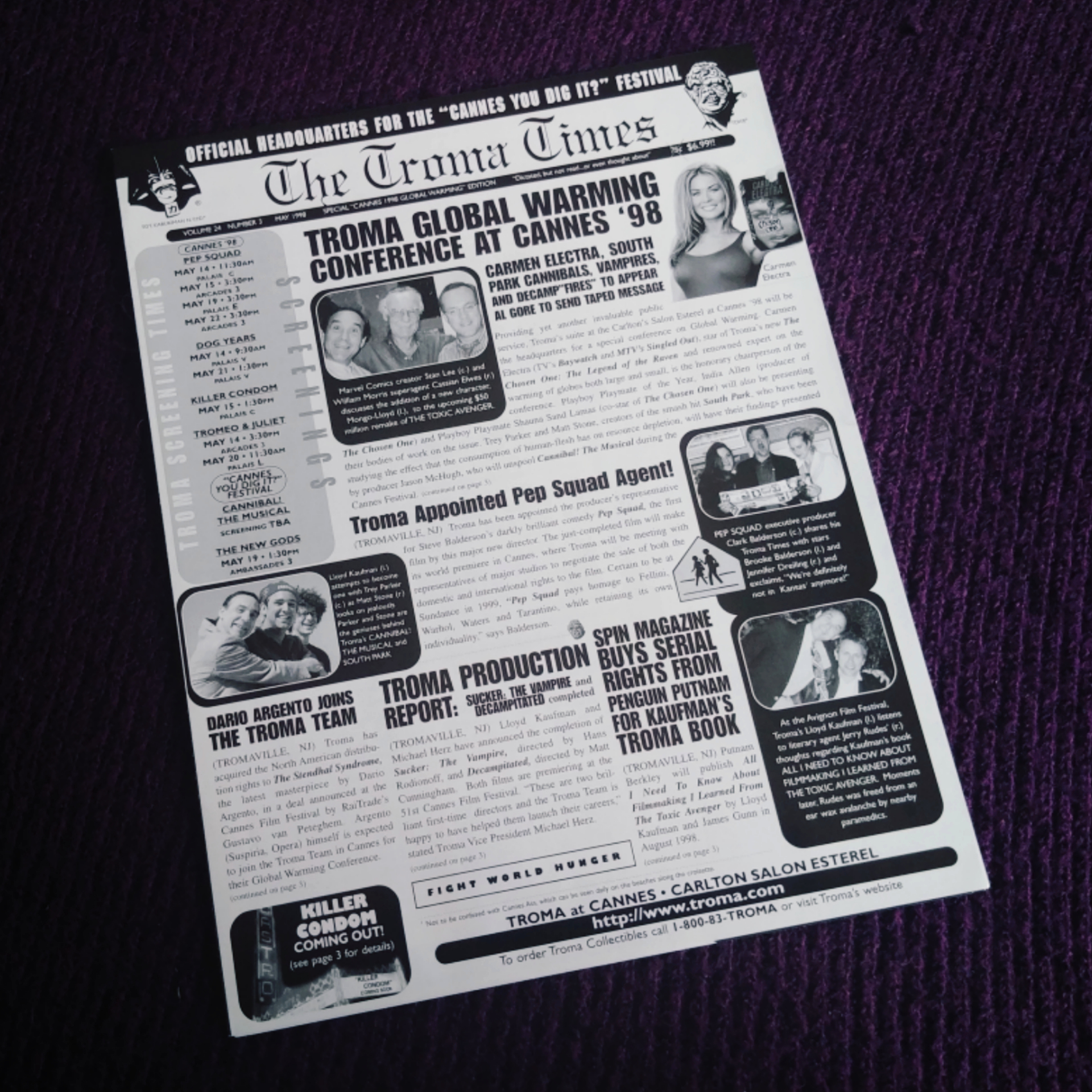 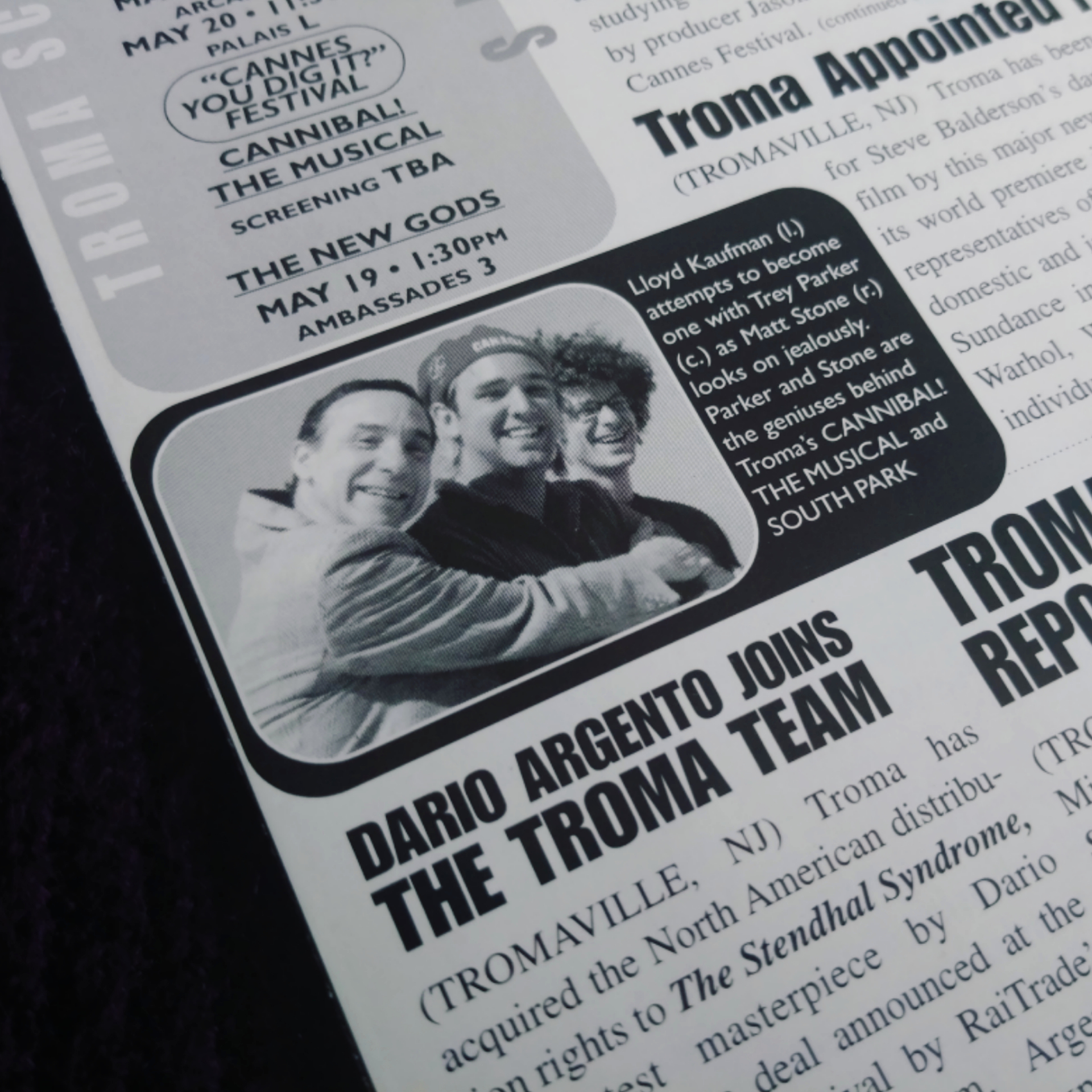 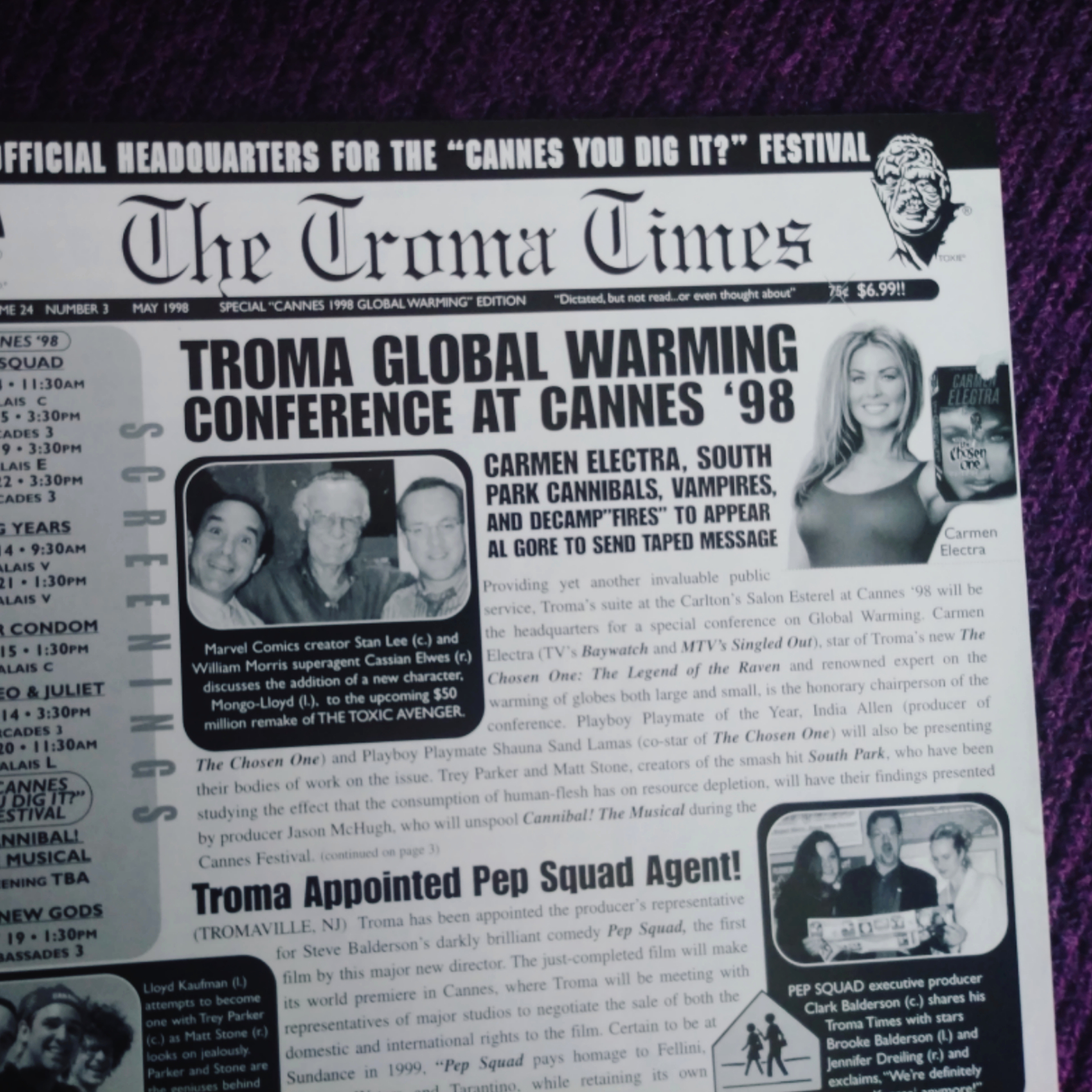 From there we've got a small double sided Toxic Avenger poster signed and hand numbered by the man himself, Lloyd Kaufman! I assume the disc was limited to 500 or 1,000 copies... mine's #55 regardless. We wrap it all up with this super adorable little 'I Love Toxie!' sticker! D'awwww! 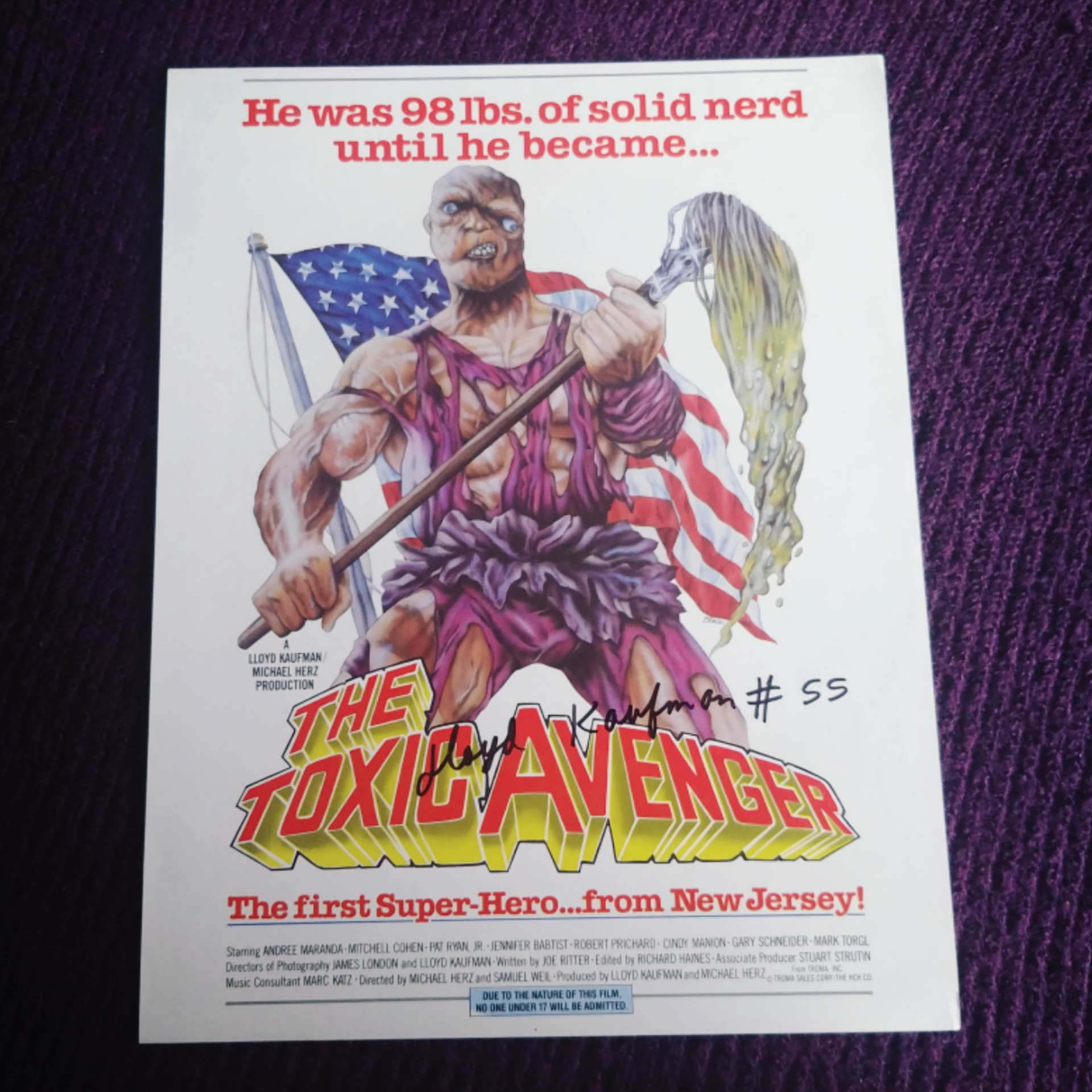 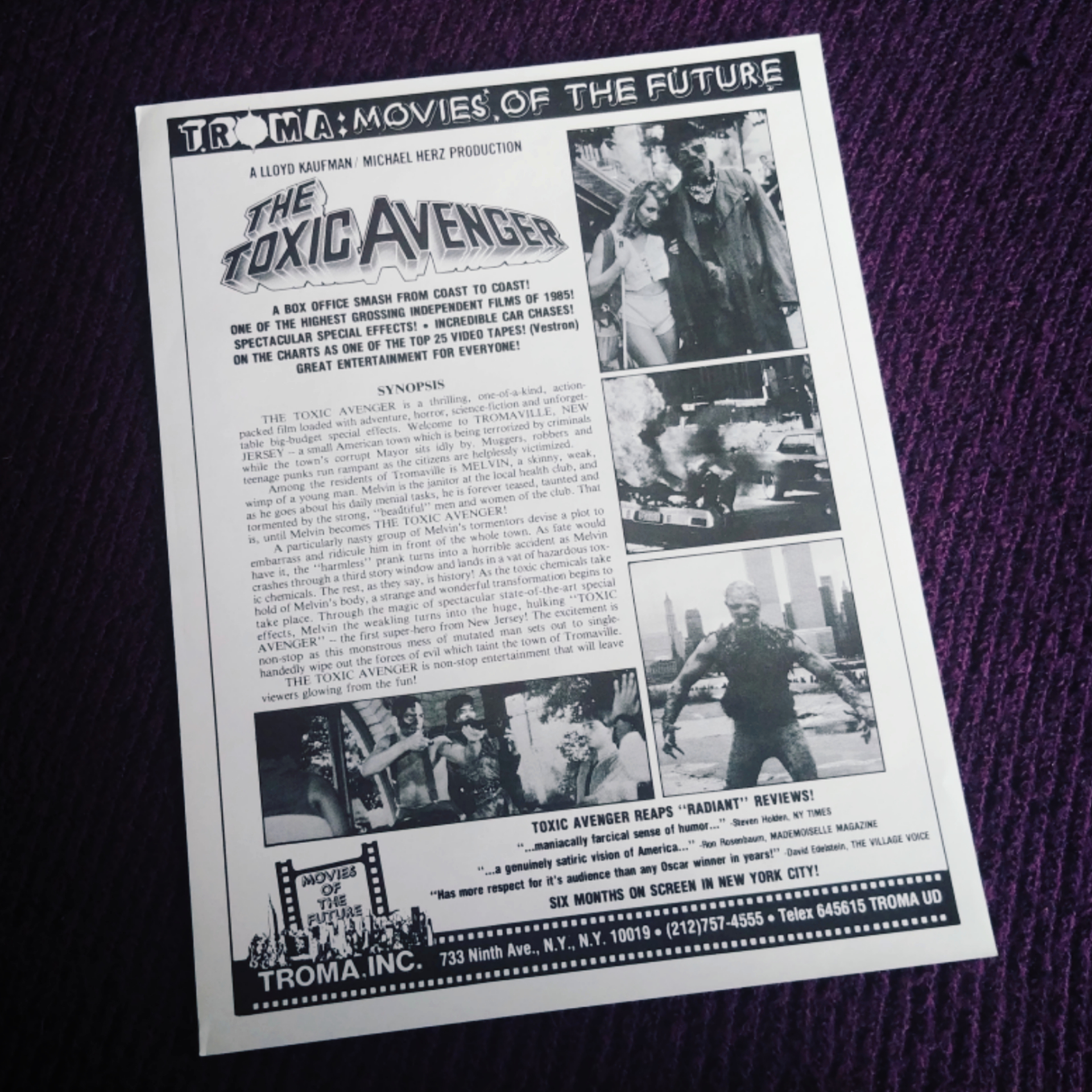 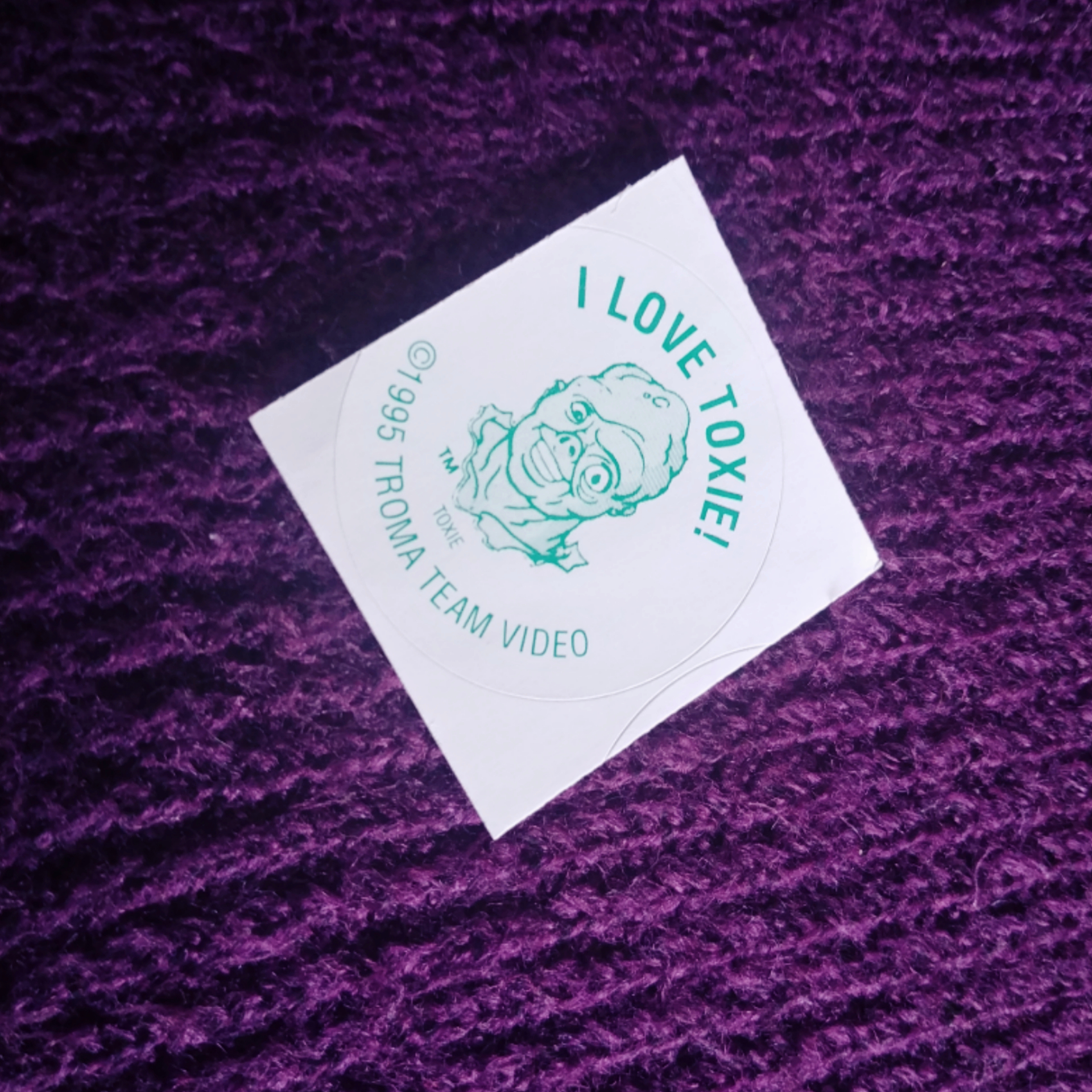 It's also worth mentioning that the cover/sleeve itself is really great, nice and sturdy unlike most U.S. releases. I mean, this disc was manufactured in Japan by Mitsubishi so I'd assume the sleeve was as well... Also also worth mentioning that this particular title goes for multiple hundred bucks nowadays, while my copy ran me just $25! :^) Truly another holy grail title that I can't believe I've acquired.