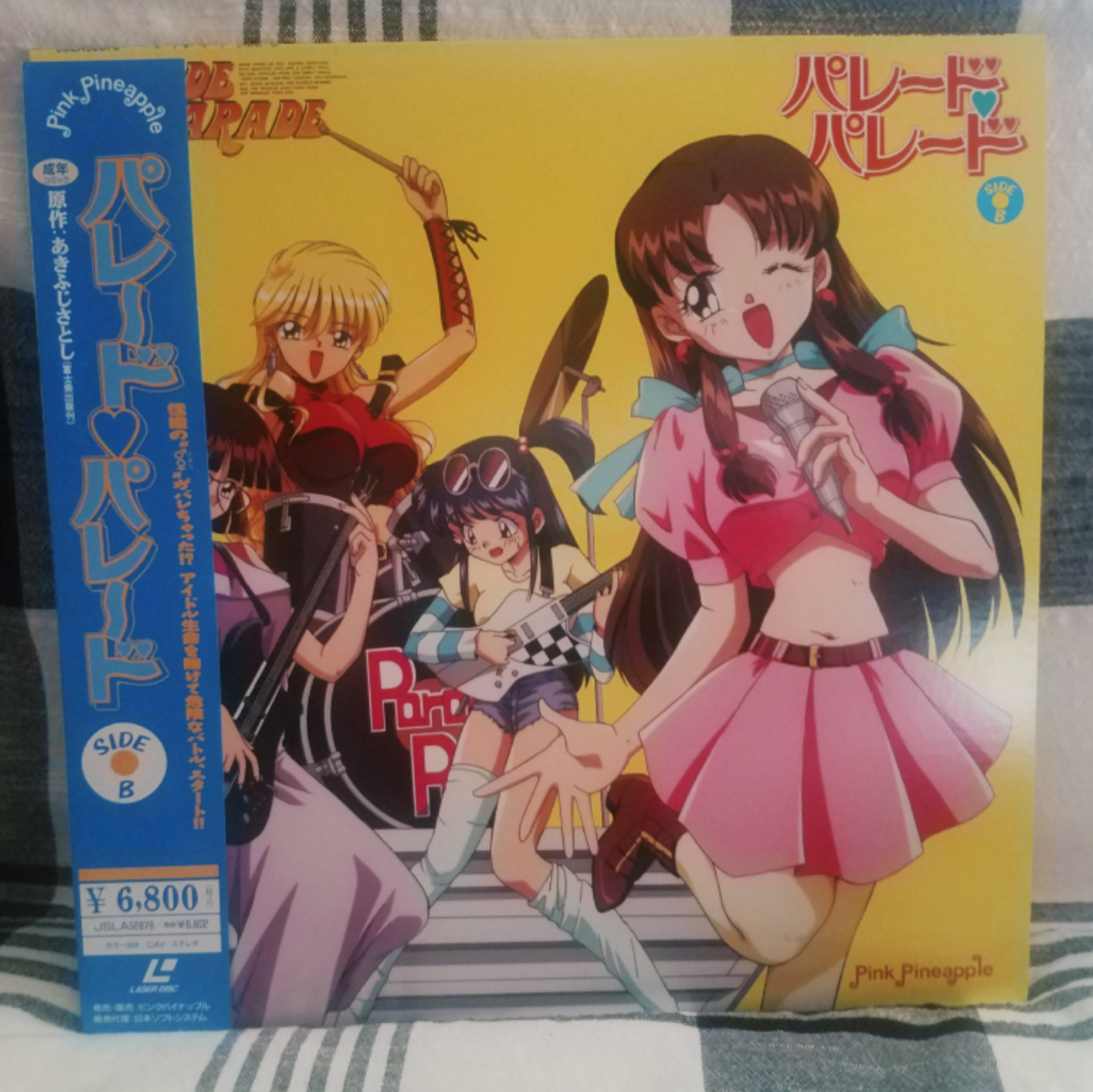 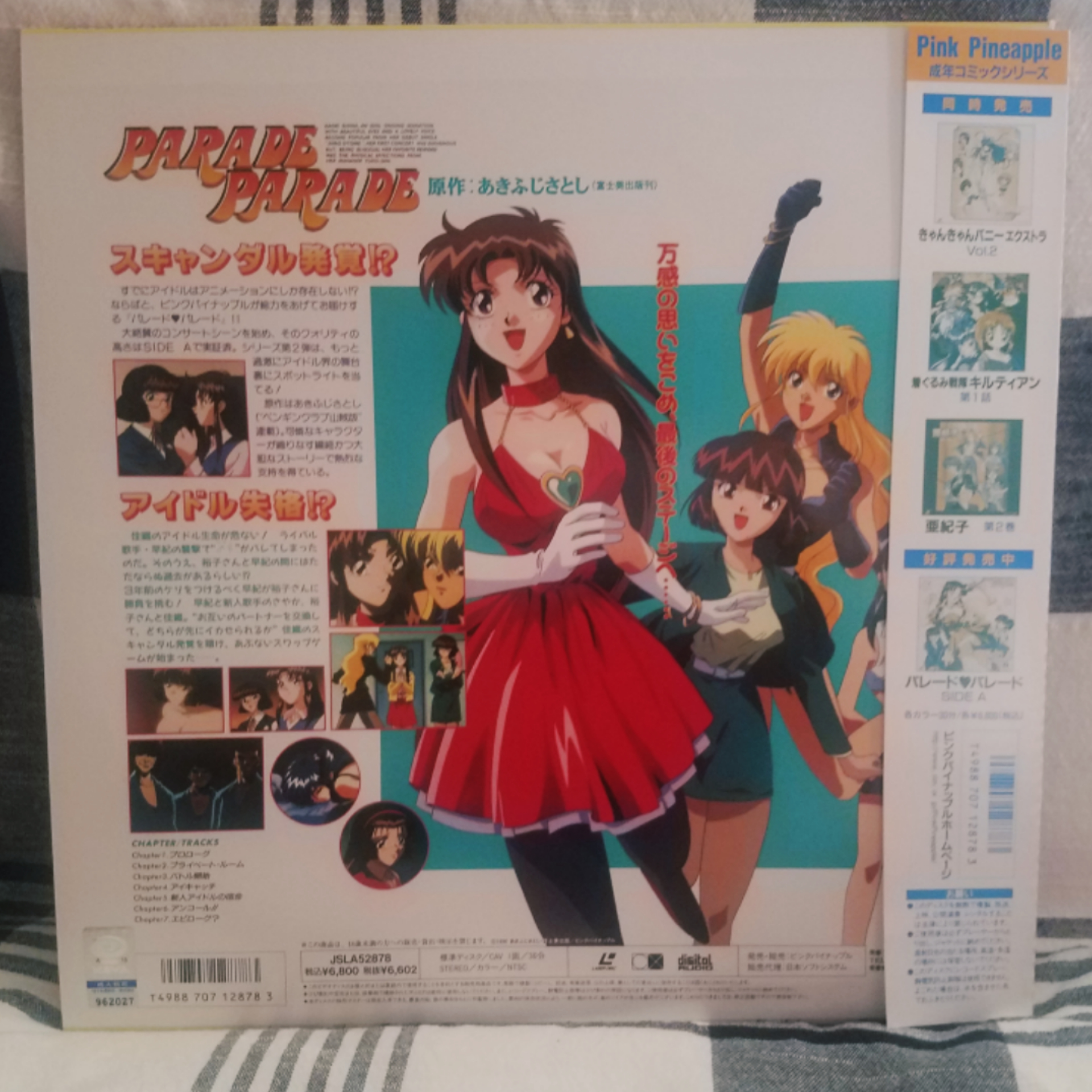 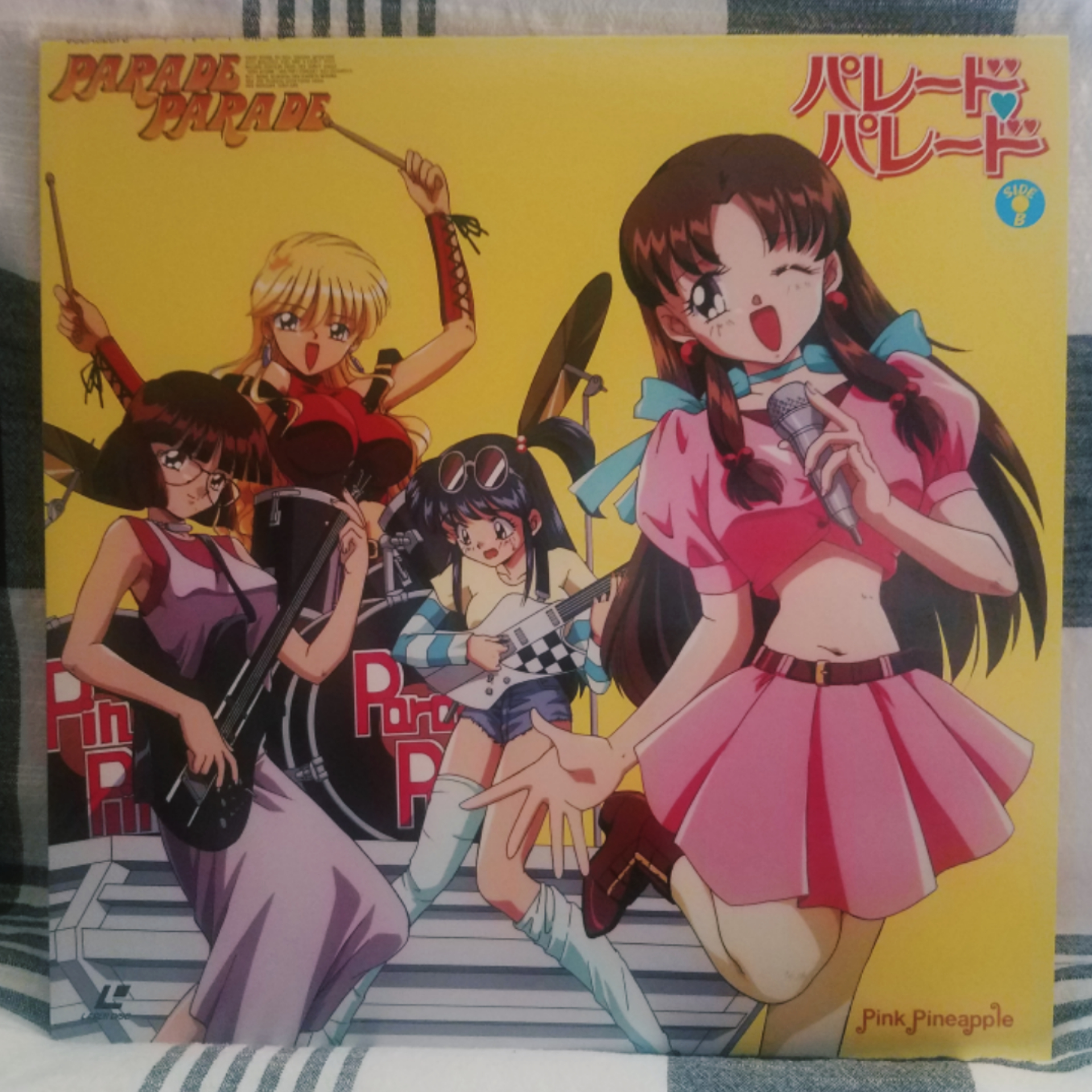 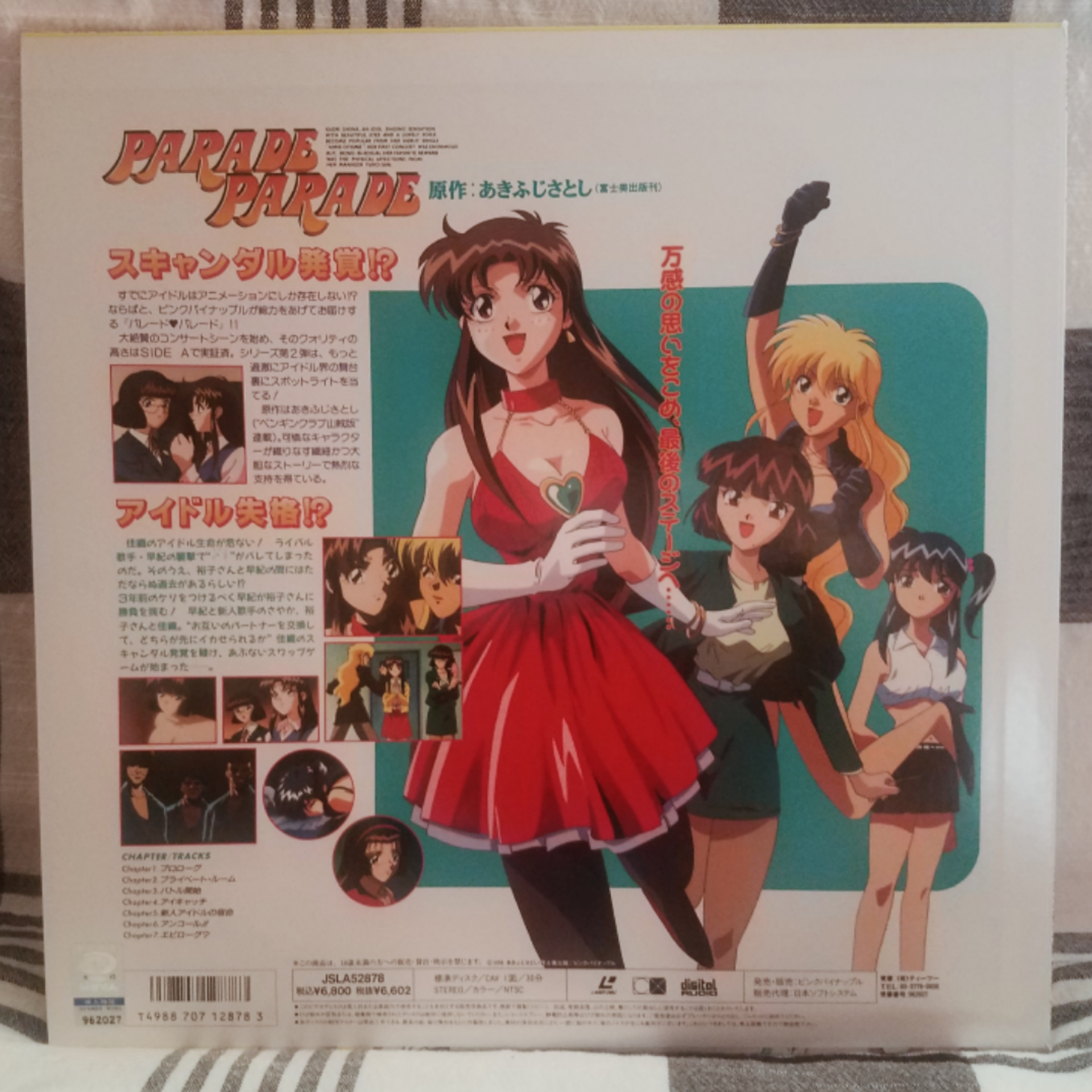 As I said I've yet to watch Parade Parade and I'm not sure when or *if* I will (ok I probably will eventually), but the artwork is so so so so sick. As far as I can tell Parade Parade is about a pop idol named Kaori, who enters a battle-of-the-bands thing and does a whole lot of lewd stuff in the meantime... and she has a cock! Hell yeah! Also, she has a manager/lover named Yuko, and you can probably guess what she does.

Way back in 1996 Parade Parade: Side B was brought to you by the lovely (and probably quite sticky) folks over at Pink Pineapple! The disc runs approx 30 mins and is presented in CAV format (so you can get a good look at every last steamy, sexy, scandalous frame). I’m not sure if this release originally included any inserts but my copy didn't. 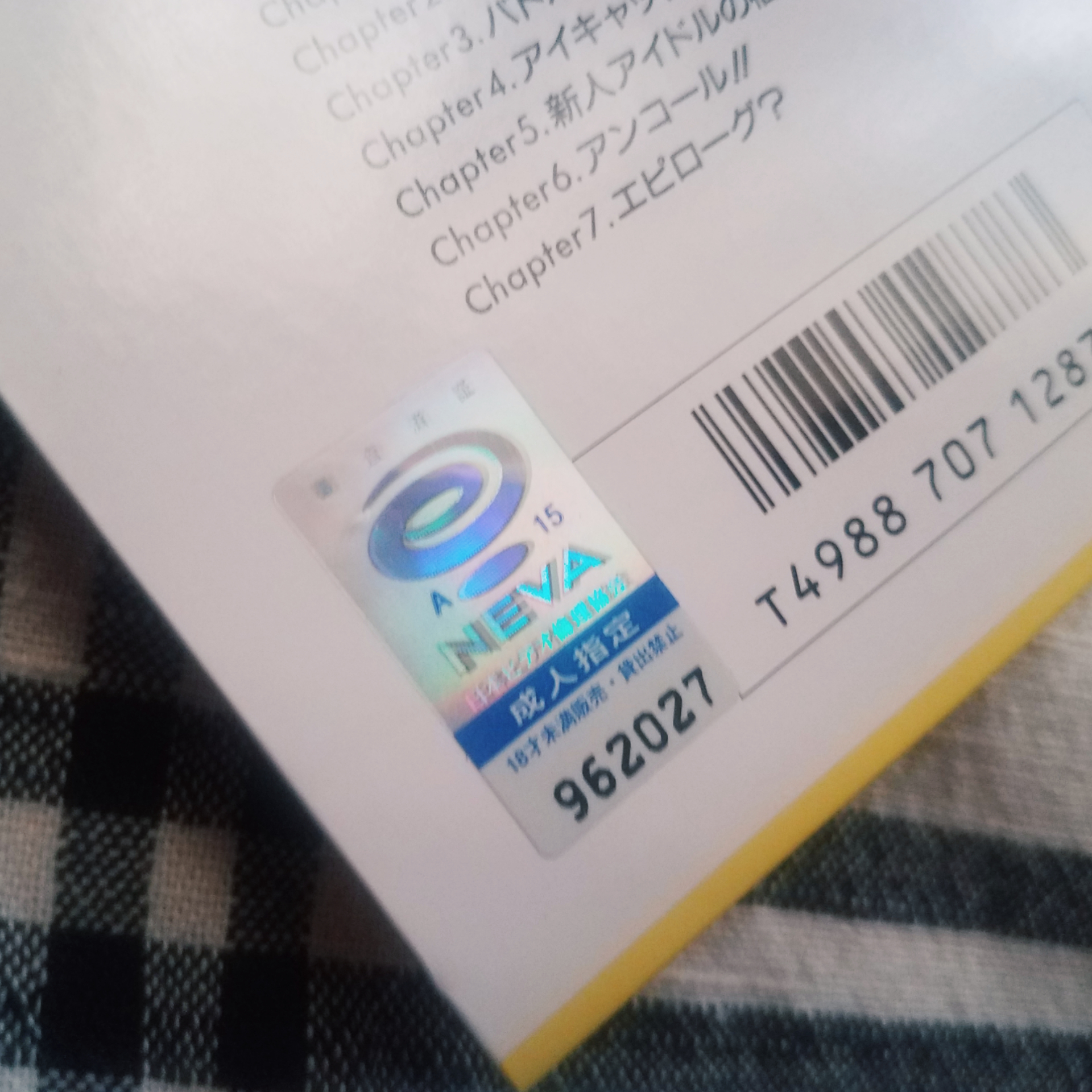 Once again the prudes over at NEVA (the Nihon Ethics of Video Association, a Japanese rating organization who ensure adherence to Japanese obscenity laws) did give this release their cool foil sticker seal of approval… You can check out Side A here