I’ve heard it said that The New York Ripper was the film that marked Lucio Fulci’s transformation from one of the greats in Italian horror to a total hack, and I can’t even begin to partially agree with that. While the film is far from perfect, it is a very interesting take on the slasher genre in my eyes. In a similar vein, this LD is far from the best I’ve ever seen, but it’s still a damn good way to watch this fantastic film.

Released in mid '94, The New York Ripper was one of only three titles in Cult Epics/Professional Cine Media's 'Italian Gore Classics' collection. 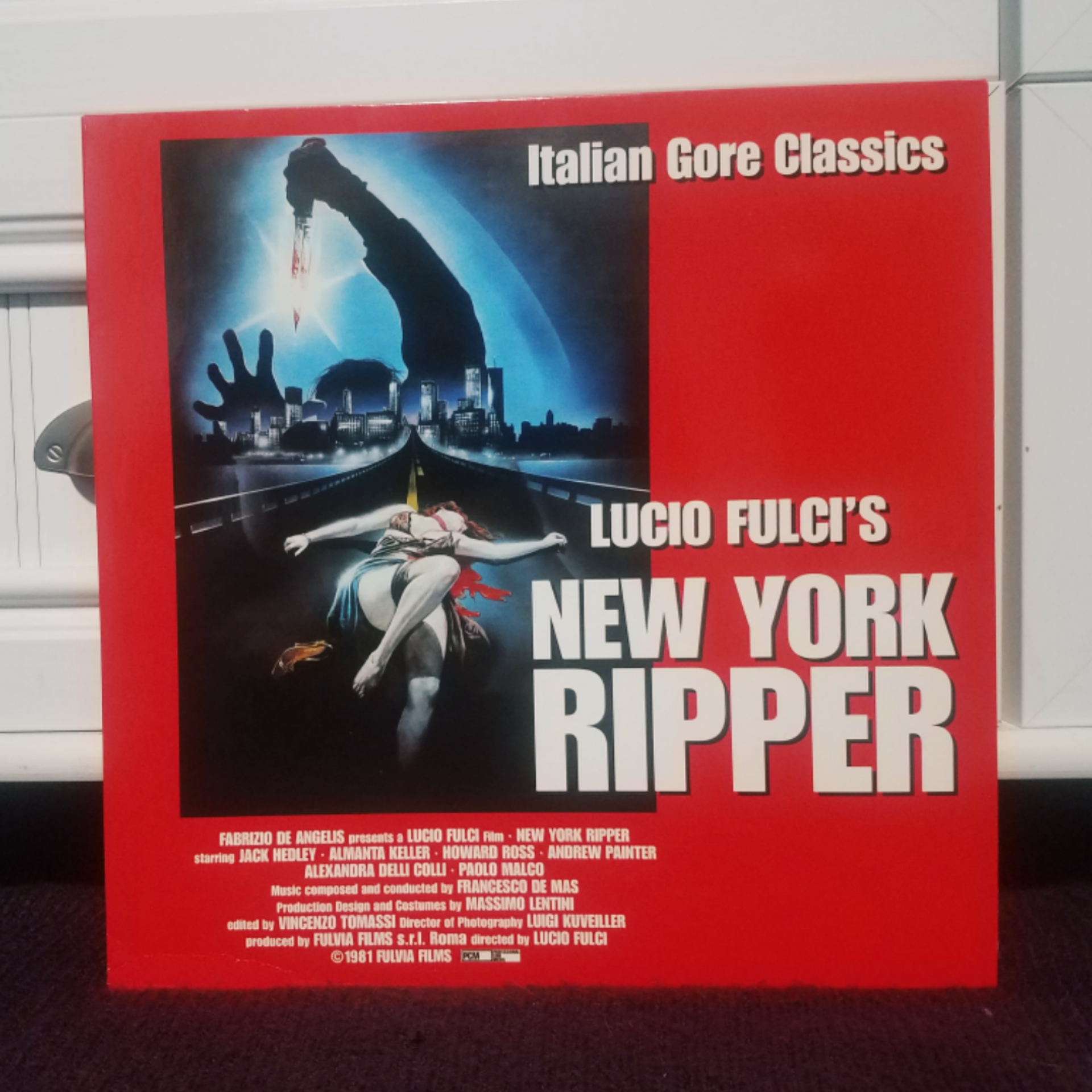 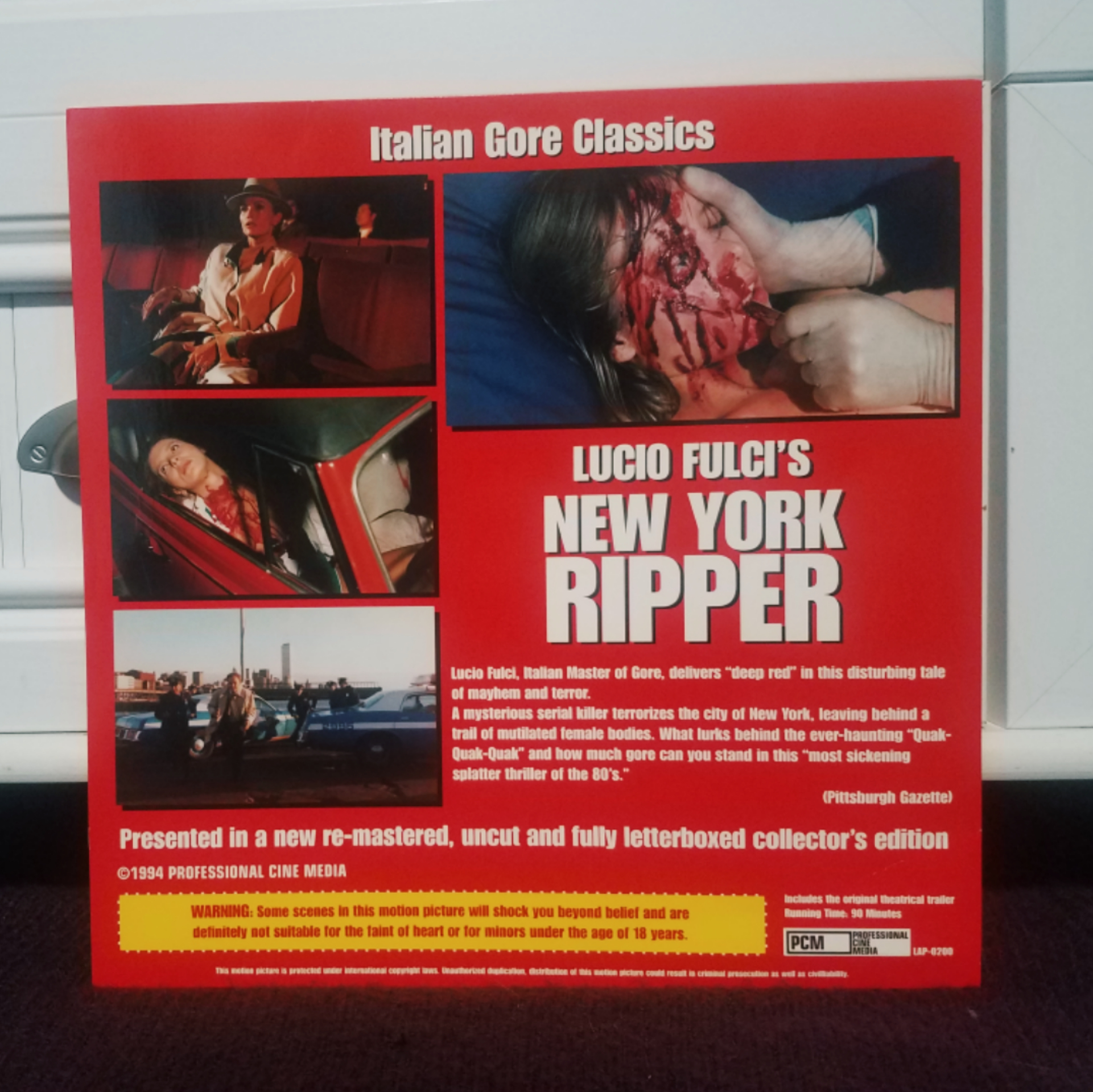 It goes without saying that the artwork on this sleeve is FANTASTIC. Cult Epics definitely had a knack for eye catching presentation, the bright red background seems to glow against the bold white lettering and the stills they chose for the back cover are appropriately sleazy. The disc presentation itself, however, is a bit lackluster.

In comparison to other titles in my collection, Cannibal Holocaust (the only other Cult Epics title I own) for instance, the transfer used for this release is a bit poor. It isn’t terrible by any means, but to my eyes the color grading seems a bit odd, sort of washed out if that makes sense. Additionally, there’s multiple points in the film where the soundtrack has crackling and other misc noise, I’d assume that’s just down to the film print that they were able to acquire but I won’t rule out the possibility that my copy just happens to suffer from some laser rot, maybe one day I'll attempt to track down another copy and see. Overall though, the film is presented in its proper aspect ratio and totally uncut, so it’s a VERY enjoyable way to watch this classic Fulci flick! 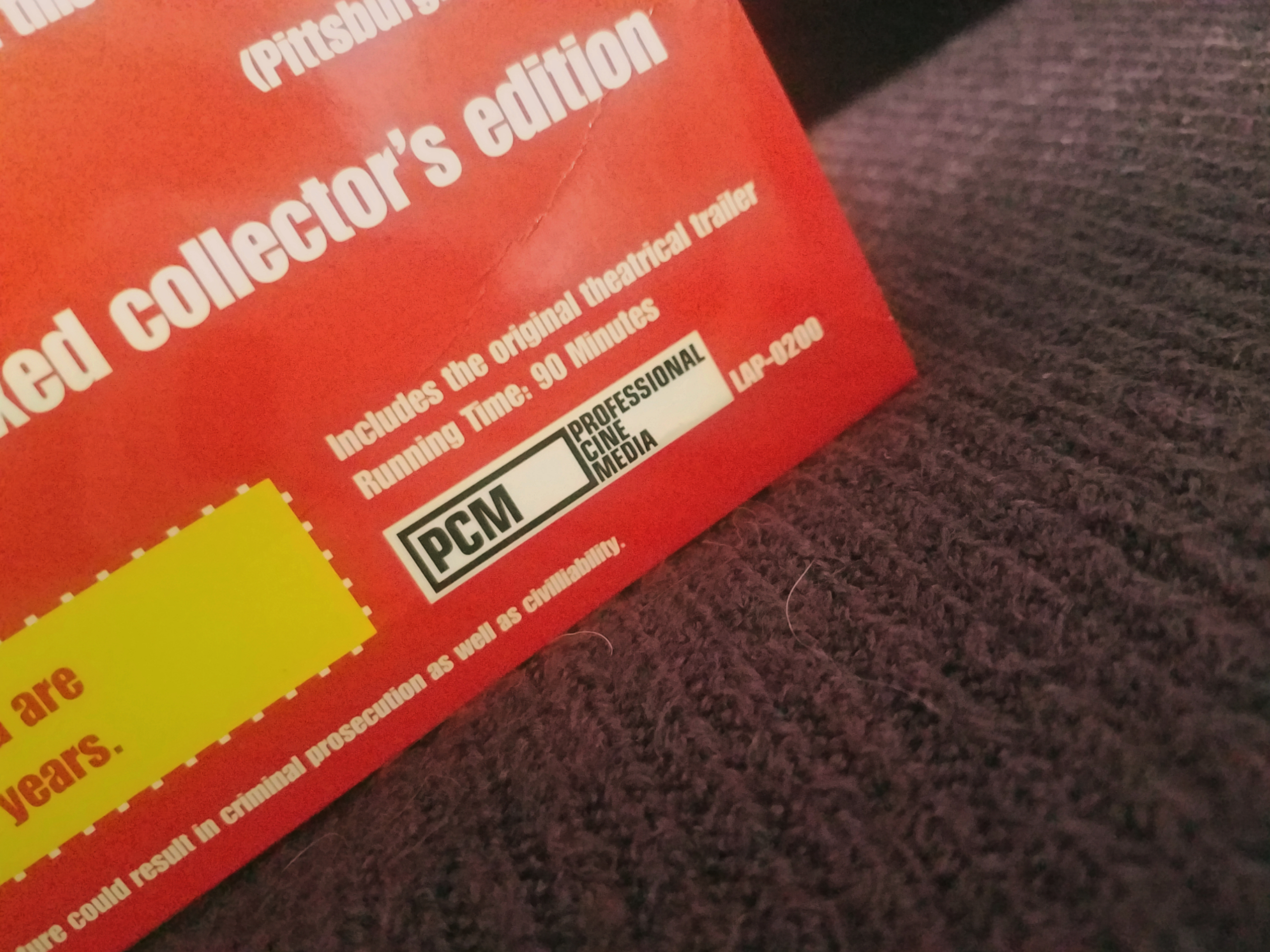 It’s worth mentioning that Cult Epics/Professional Cine Media was a label based in The Netherlands, but this disc is NTSC, and the gentleman I purchased my copy from bought it in a video store in California. I've heard people refer to some of these obscure European NTSC horror releases as 'gray market releases', and that’s just about what they are. Releases like this are exactly why I love the format so god damn much, I can only describe this as an 'officially licensed *borderline* bootleg put together by people who were incredibly passionate about these sorts of films, and fortunate enough to acquire and distribute them with the treatment they truly deserved'.