A serious player from Pioneer! 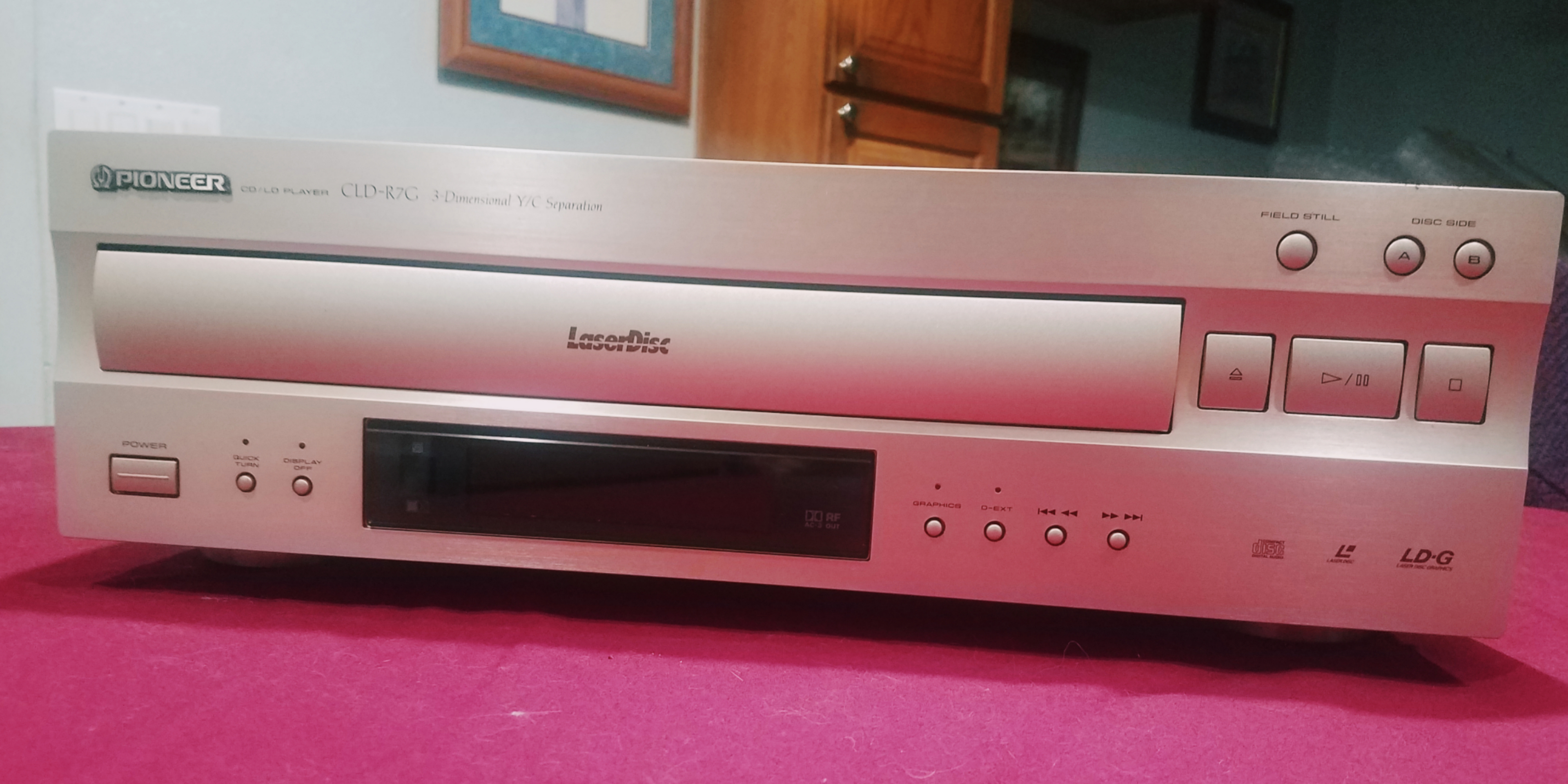 Where do I even begin with this absolutely beautiful piece of machinery? The Pioneer CLD-R7G is a fantastic player manufactured in the late 1990’s (from 97 - 99 to be specific) by Pioneer Japan and only sold in Japan (does the term Japanese Domestic Market apply to products that aren’t vehicles?). Aside from cosmetically being quite a stunning piece (with its silver faceplate and rose gold body, much more chic than your usual gloss black LD player), the R7G functions like an absolute dream... 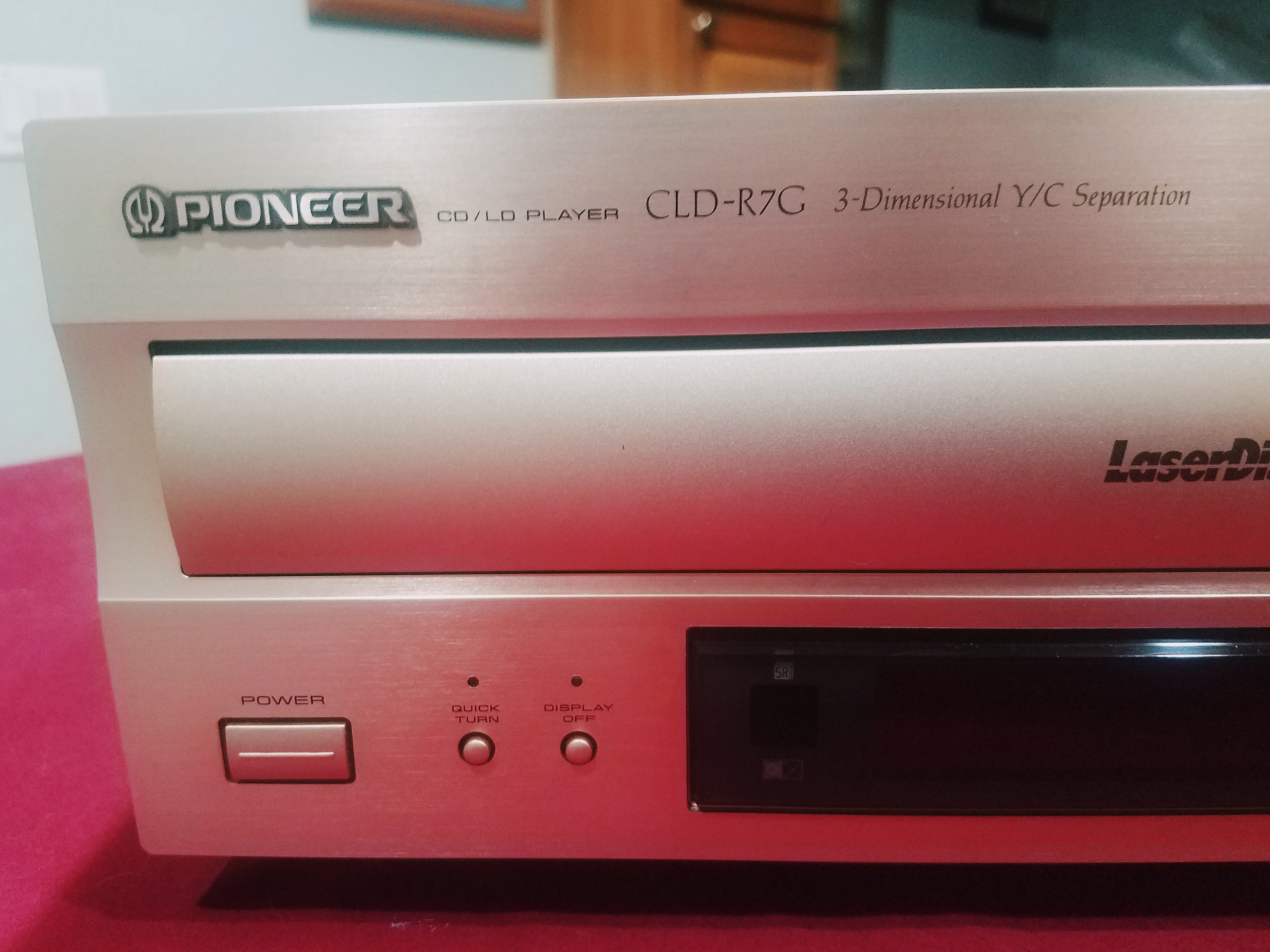 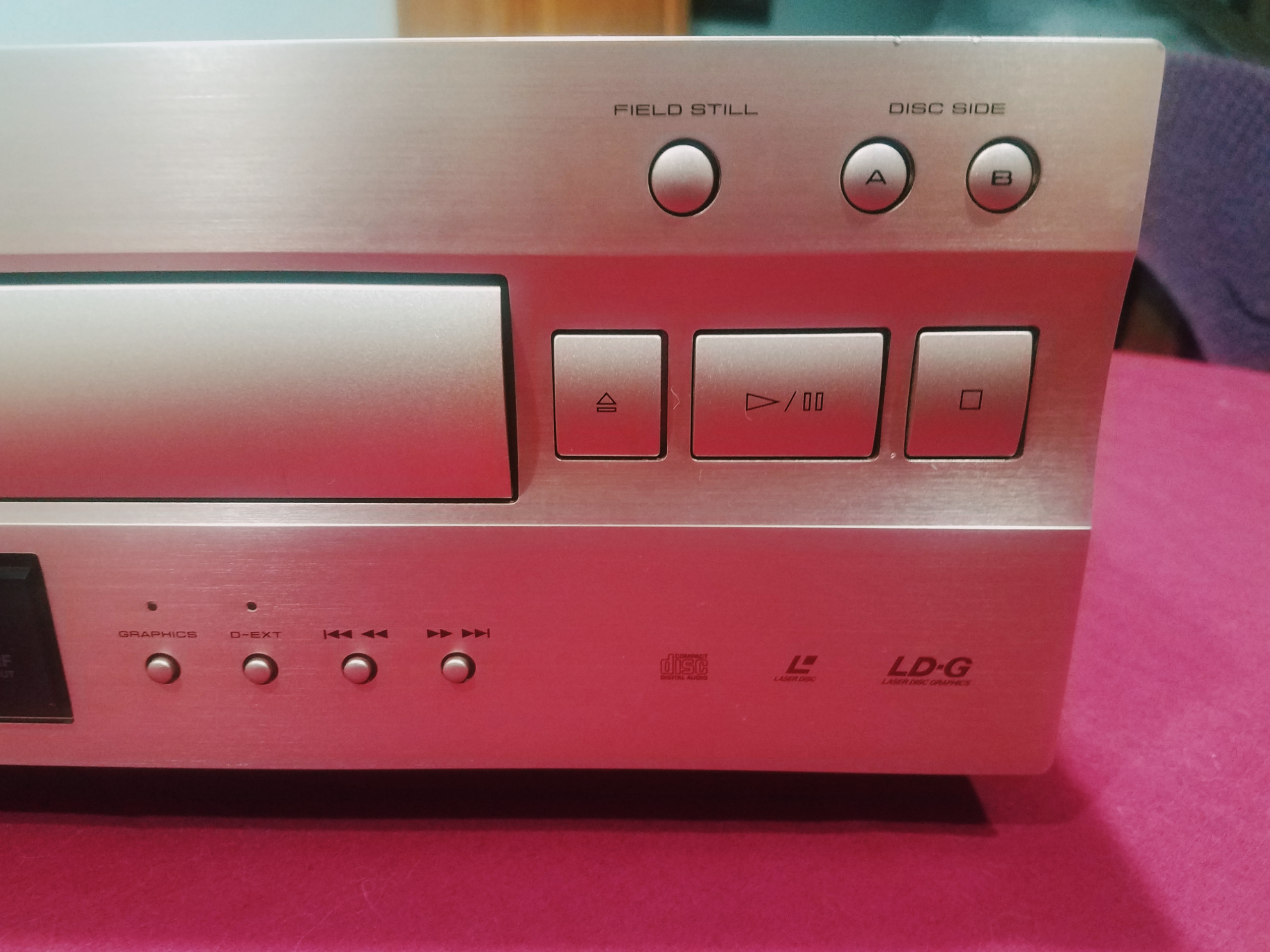 The R7G is packed to the brim with every last feature that you’ll find in an LD player. If you’re an LD enthusiast, you’ll be at least vaguely familiar with MUSE LD, and players such as the SCARILY expensive Pioneer HLD-X9... well, essentially the R7G has all the features employed in your usual MUSE player, aside being able to play MUSE discs (the one LD format I’ll NEVER get into since the discs and players are just too fuckin expensive). 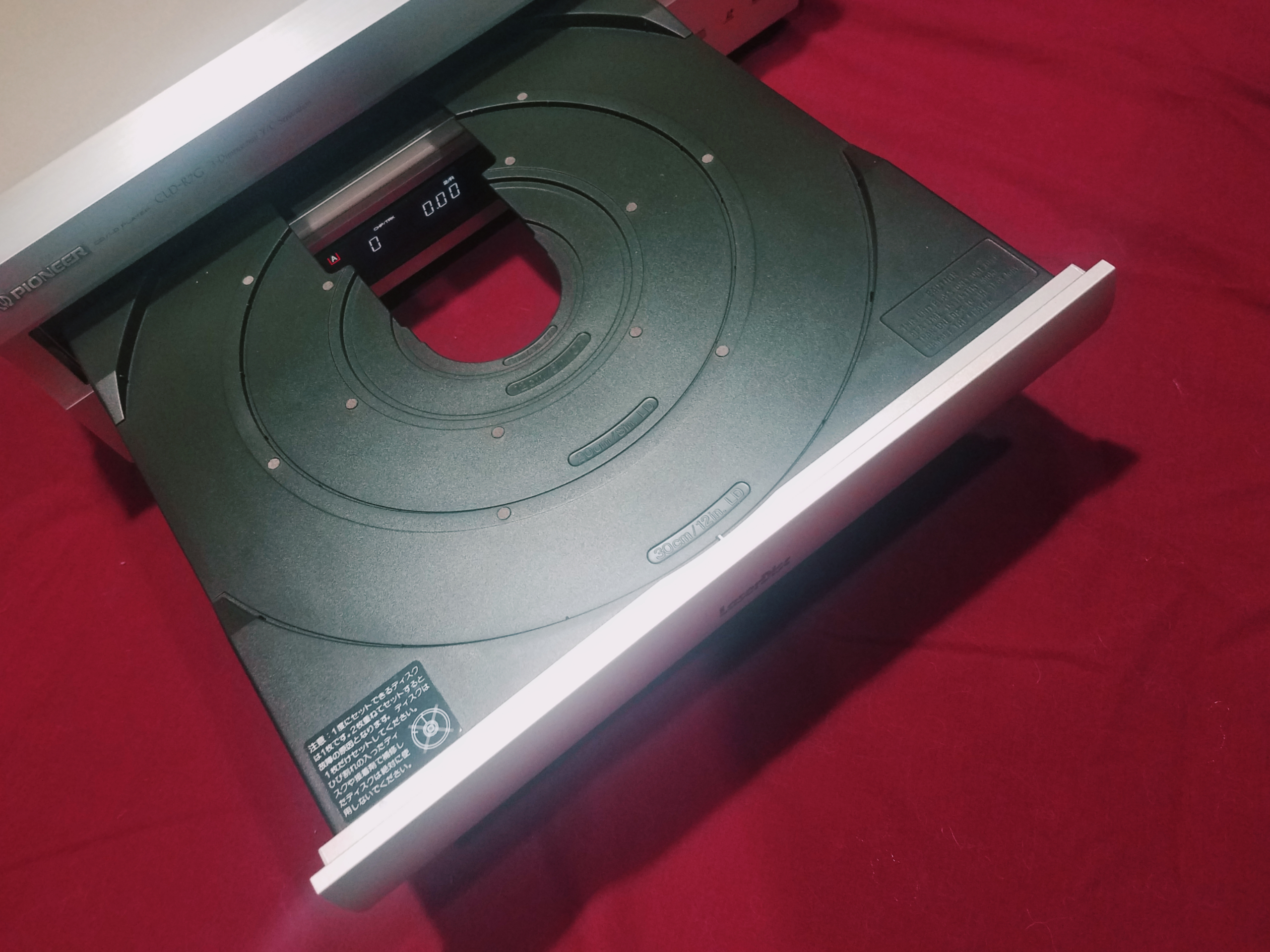 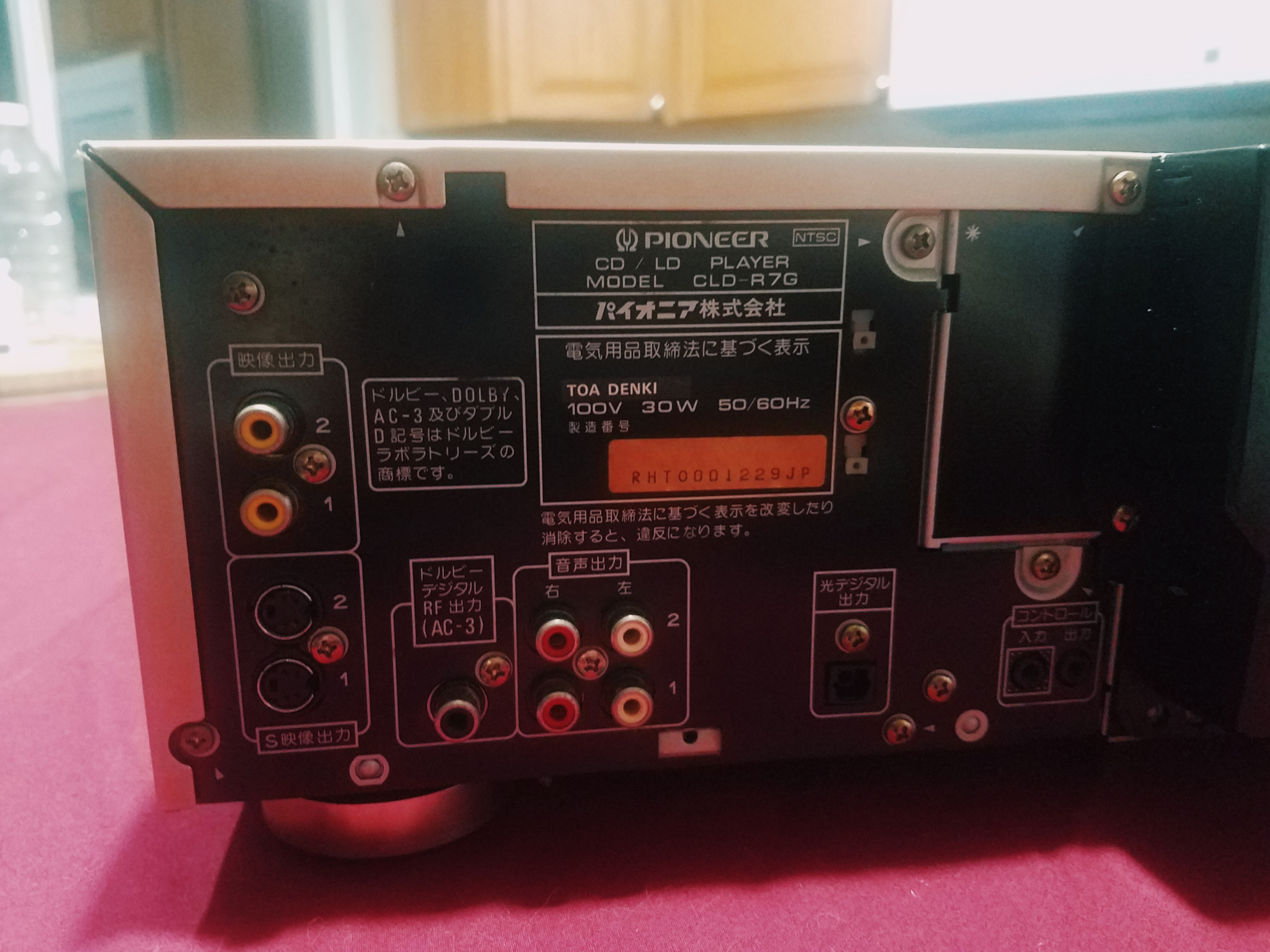 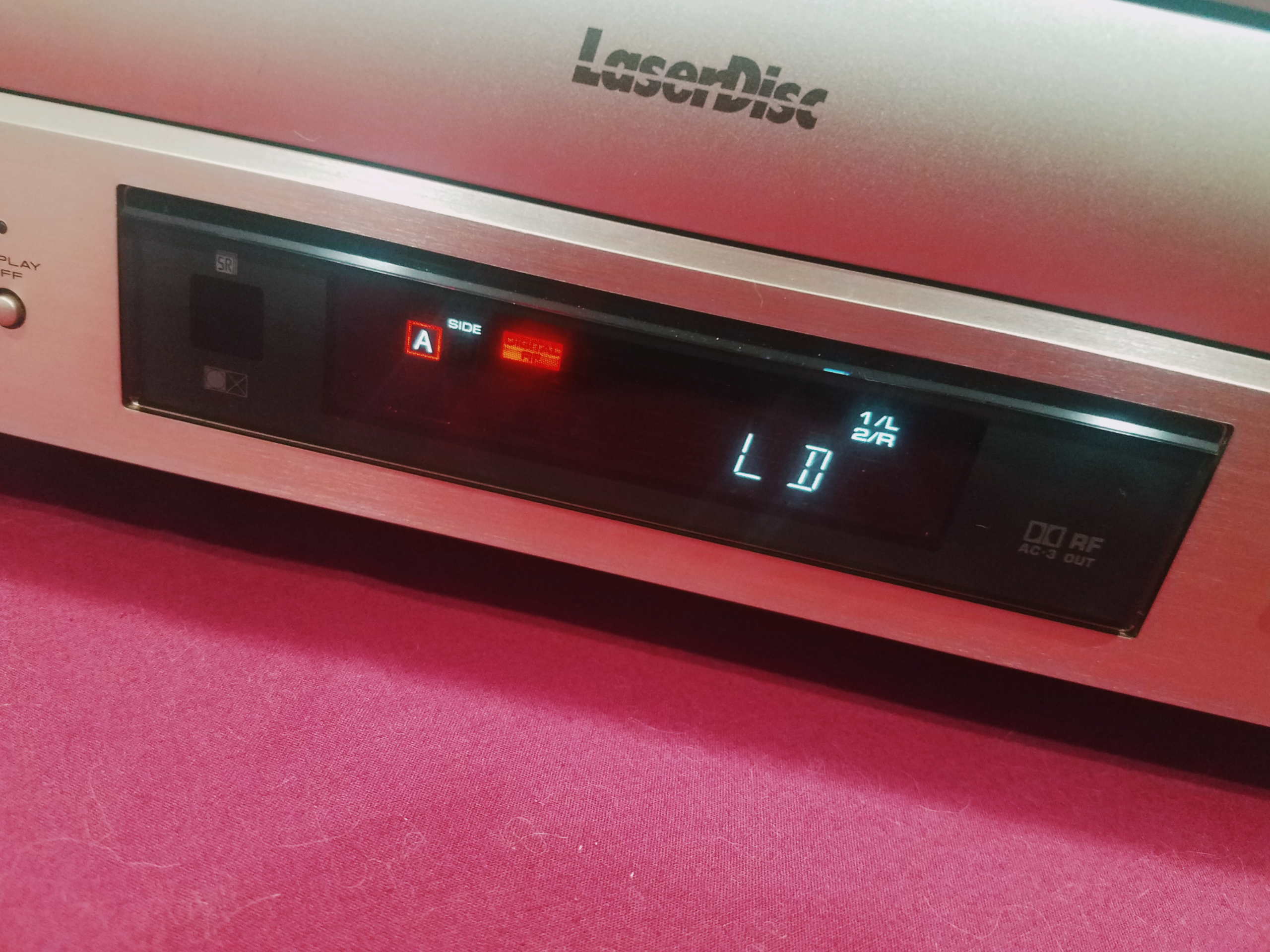 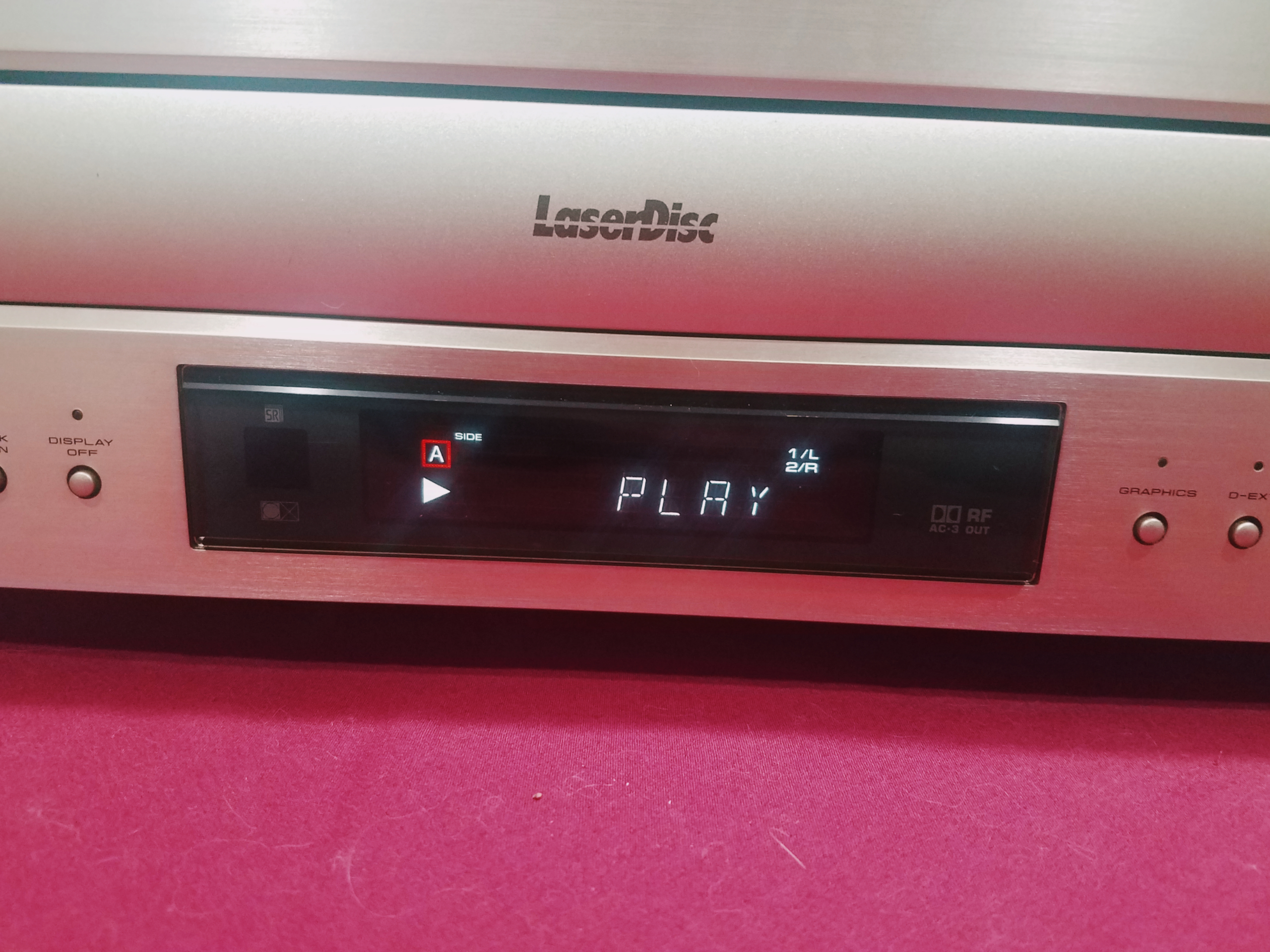 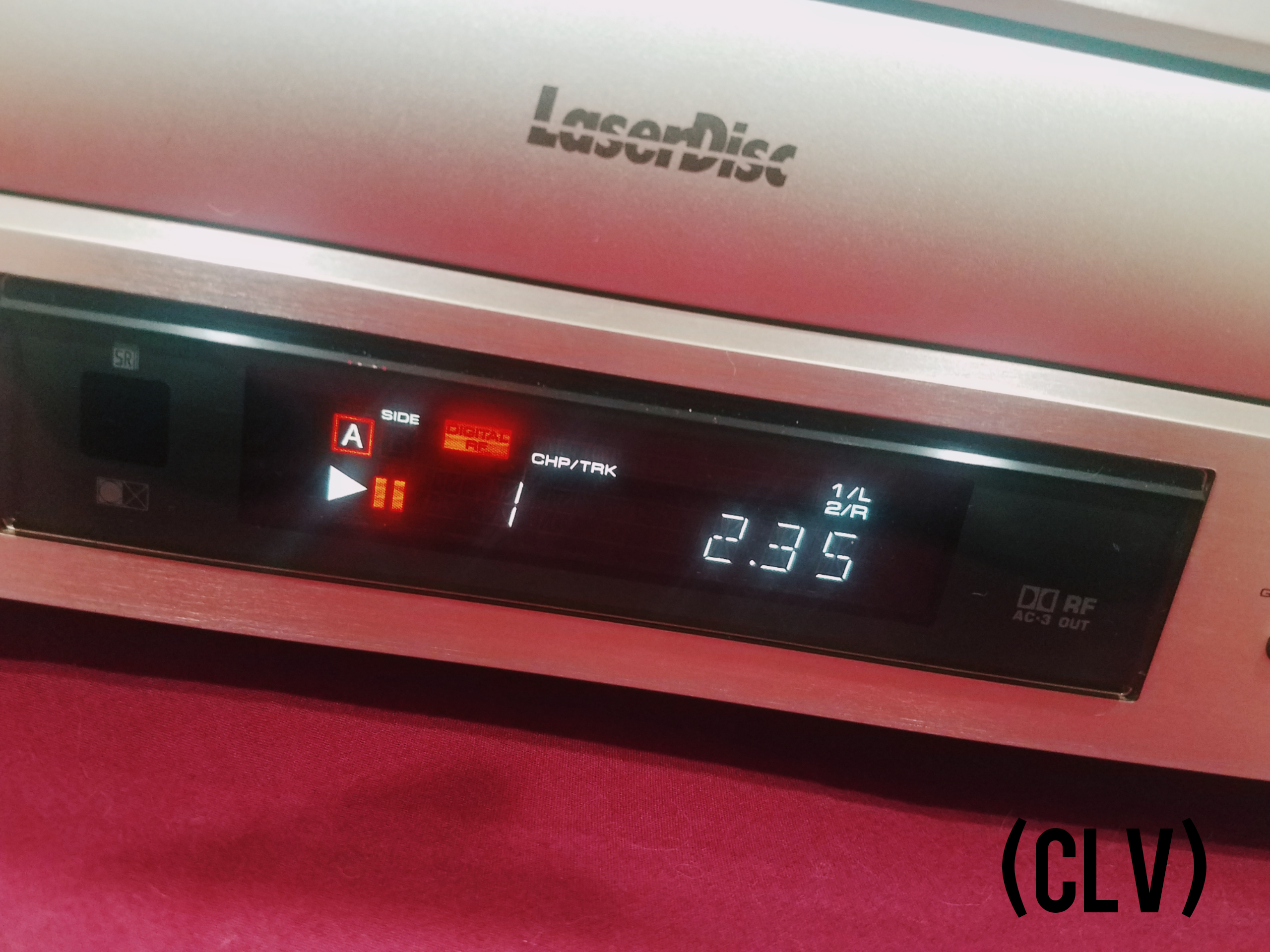 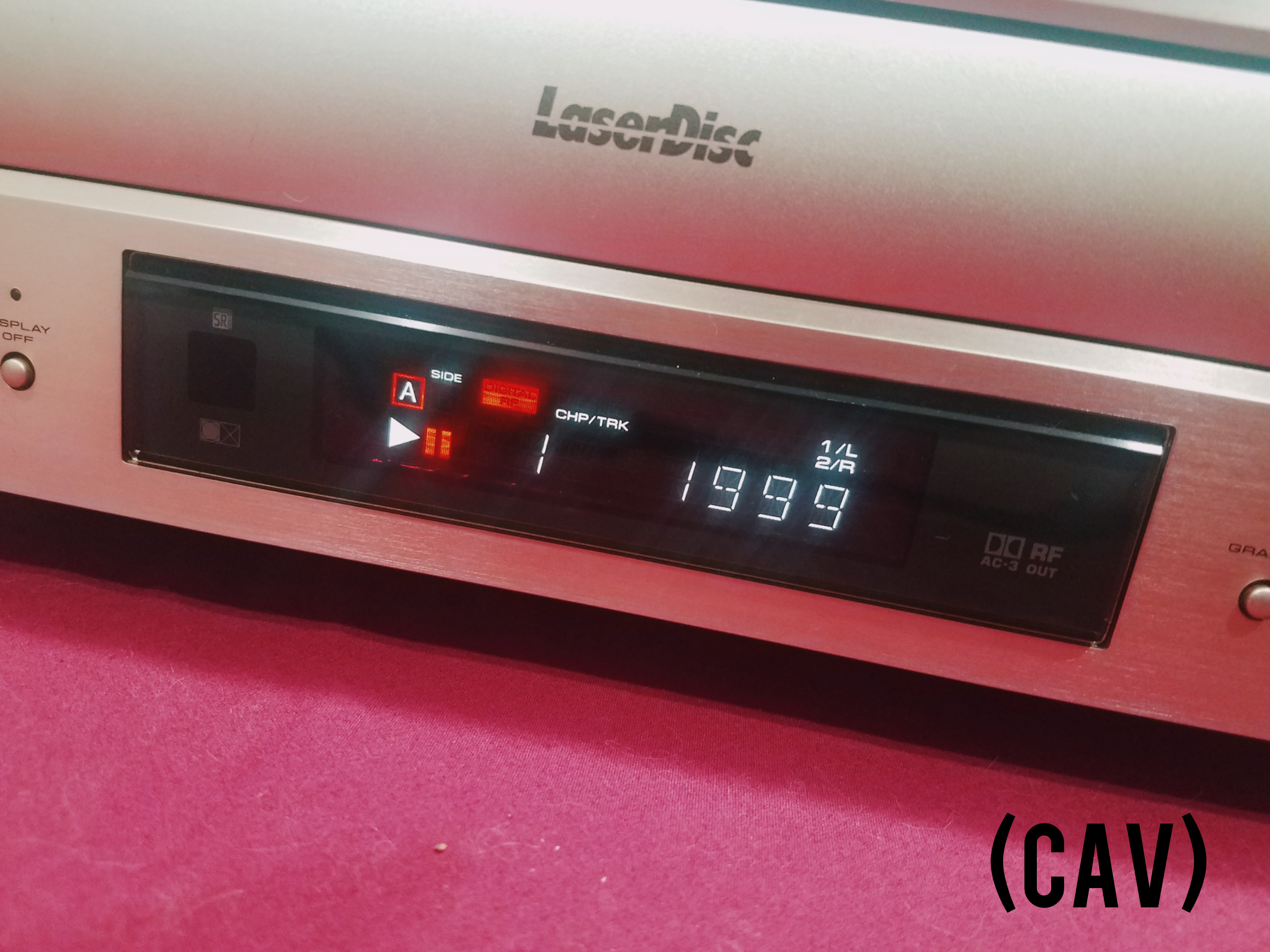 ...And last but certainly not least (if anything, last and certainly most!)

I should also briefly discuss the R7G’s remote, the CU-CLD140 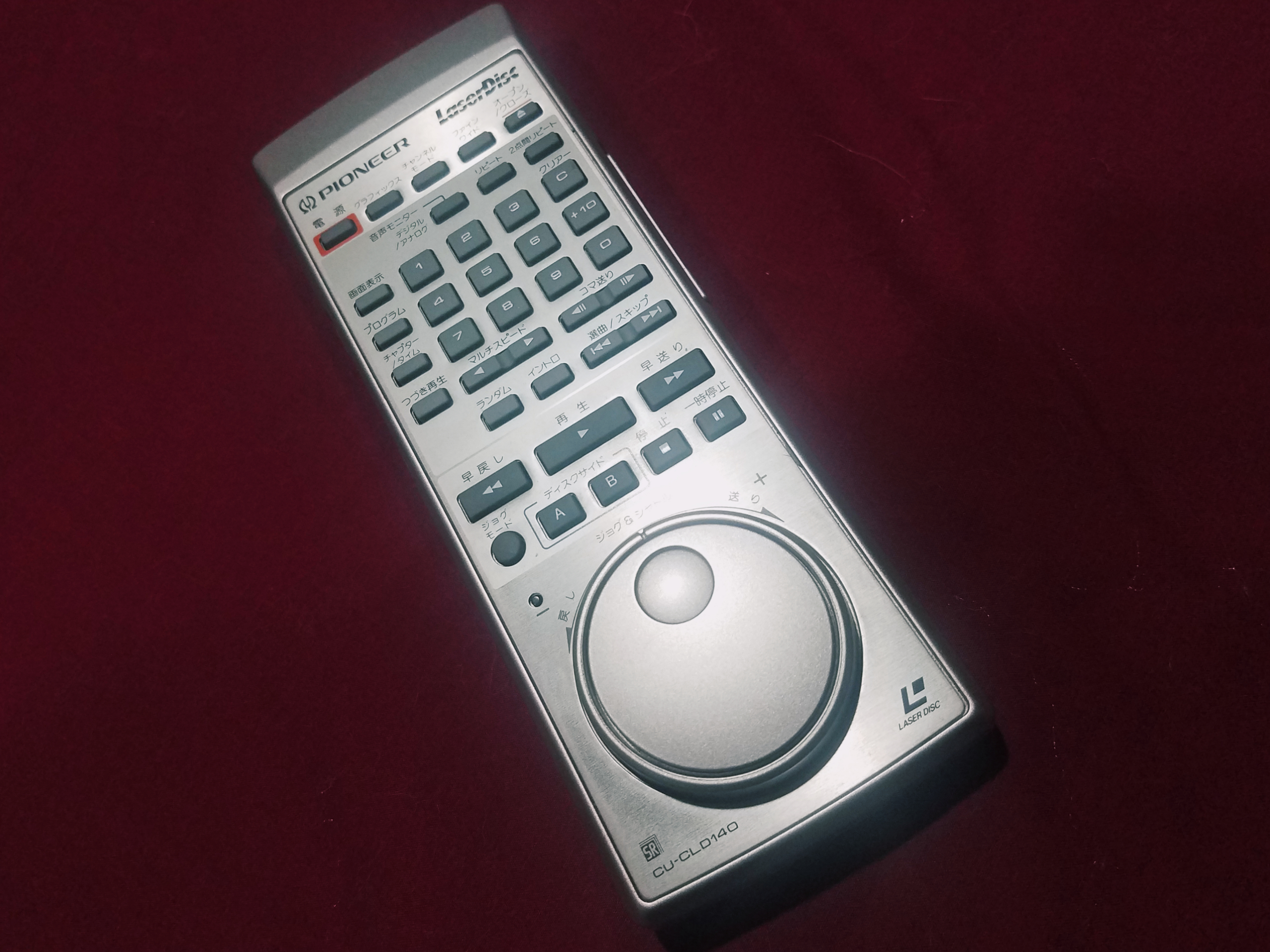 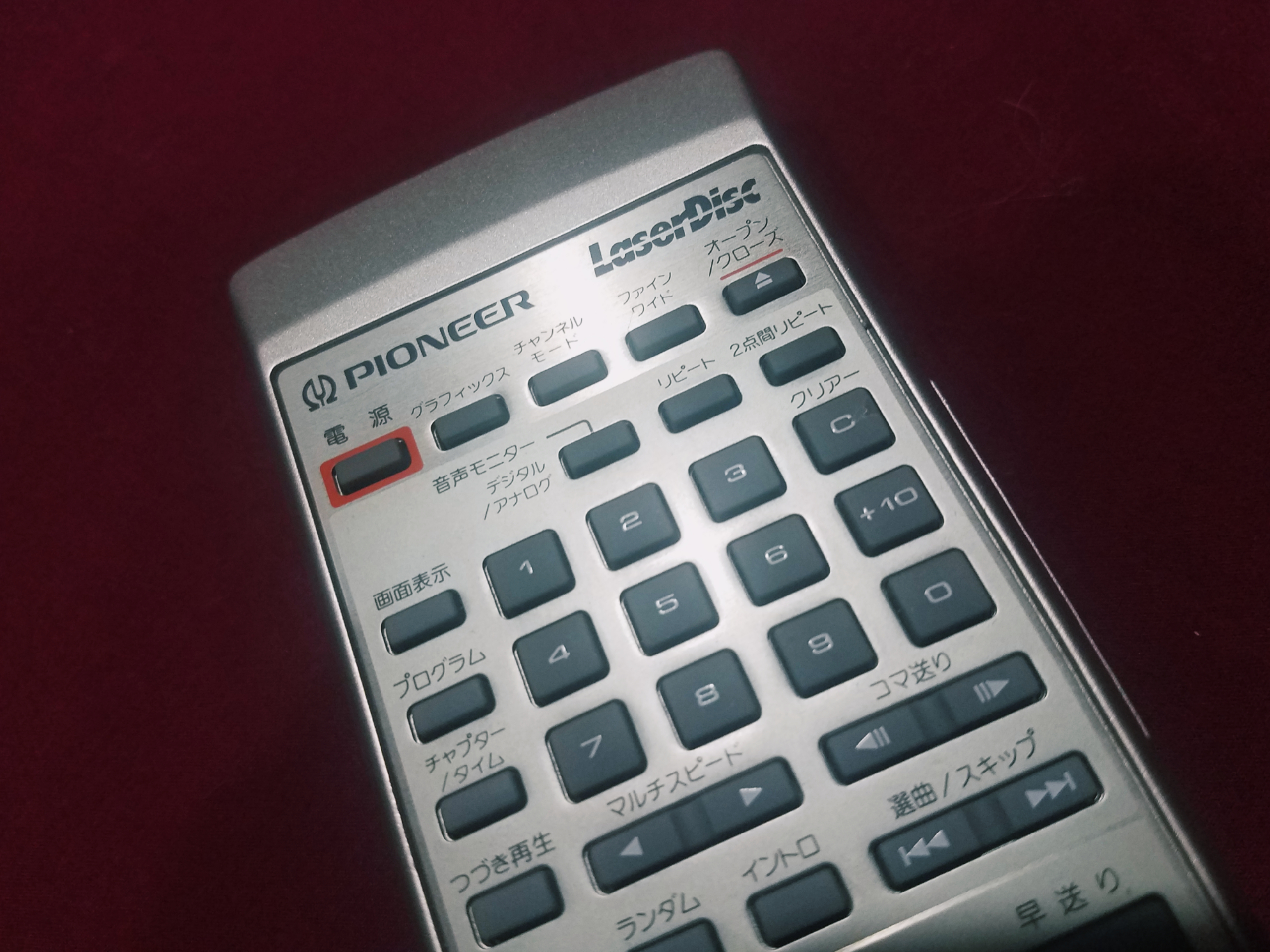 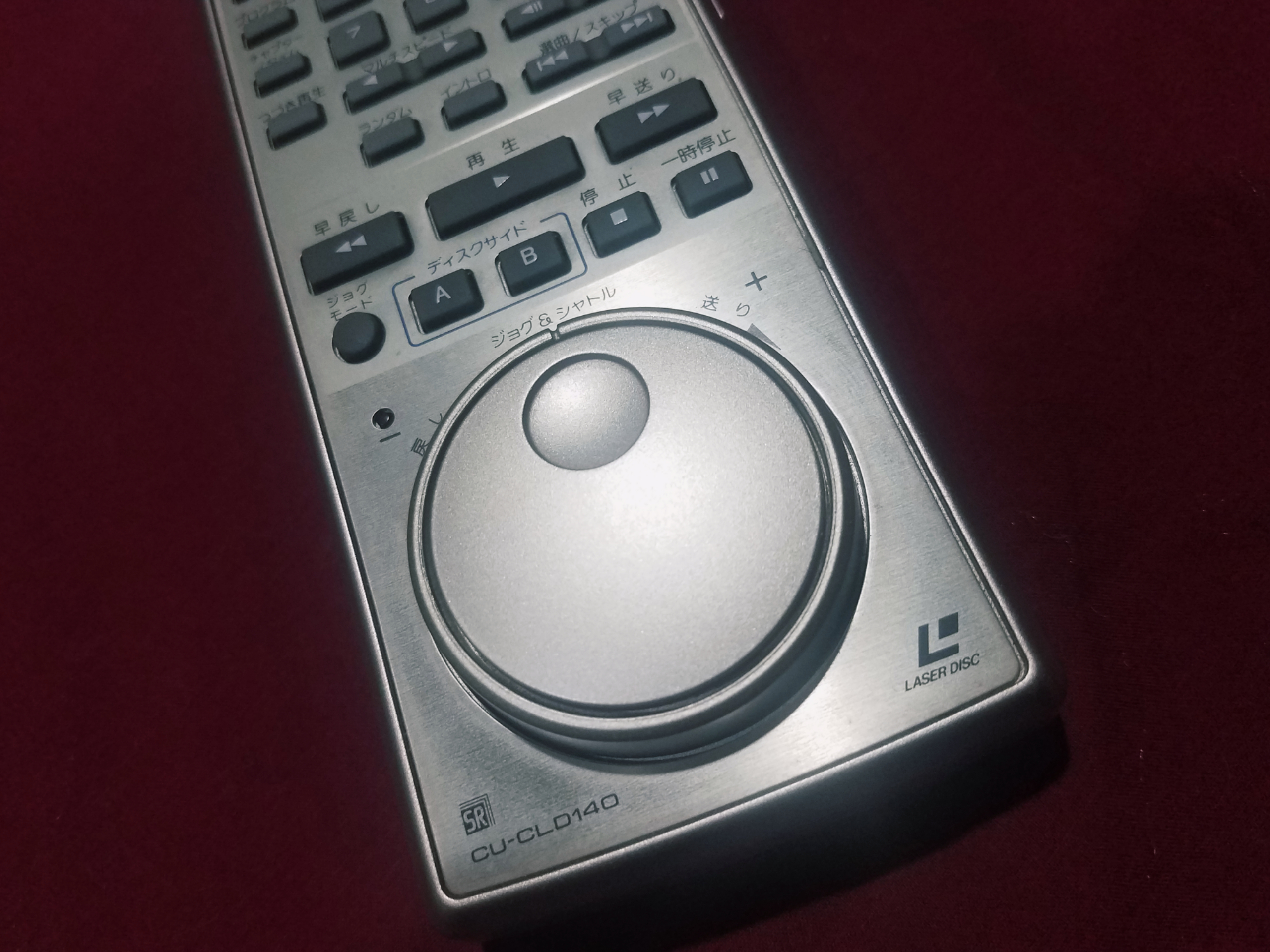 As far as remotes go, this one is gorgeous… with how feature packed the R7G is, the remote, of course, is completely necessary for the player’s functionality (though frankly I would argue that goes for all LD players) unless you’re the sort of person who only ever presses play (and maybe pause every once in a while). It took me a bit of time to get used to piloting the CU-CLD140, especially since the text on the remote is in Japanese, but all things considered it’s very streamlined and well thought out. It also matches the player in that it’s just real god damn pretty! 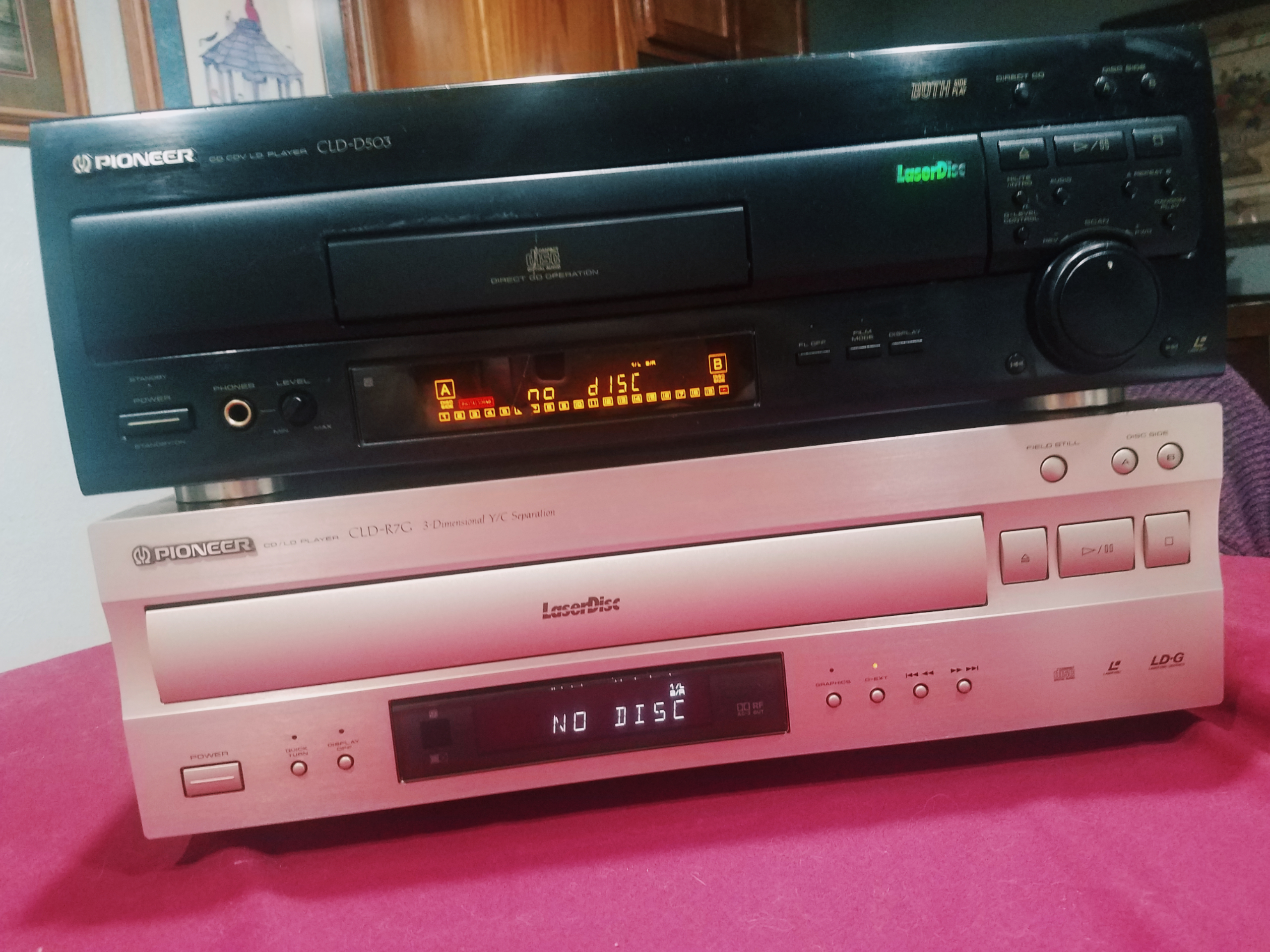 In conclusion, the Pioneer CLD-R7G is just a really, really amazing LD player. I’m very impressed with it and don’t think I’ll ever feel the need to replace it or purchase another player (aside maybe a PAL player someday…). Oh, and you can also check out my other player, the CLD-D503 here!