So then, Lucio Fulci's The Beyond.... oh boy! Where do I even begin? The Beyond (or ...E tu vivrai nel terrore! L'aldilà) is an ethereal and surreal horror film about a woman who inherits a hotel in Louisiana, and before she can even think about abandoning it and escaping, becomes enveloped in 'the Beyond'... to me the film is absolutely mandatory viewing (I recently watched with a friend and they called it something to the effect of “the most terrifying film I’ve ever seen”), and this LD is a great way to watch it!

This edition of The Beyond was the first title released by EC Entertainment, a short lived label from the Netherlands that specialized in Italian horror cinema of the early 1980's (and despite being a European label, all their releases were in fact NTSC, not PAL!). It seems all of EC Entertainment's titles were limited edition, some to 500 copies and some to 750 copies. However, this being their first release, it is possible it had more copies printed; the disc jacket isn't numbered anywhere and I've heard people who have been in the hobby much longer than I state that this one seems to be a *tad* more obtainable than others from EC Entertainment. 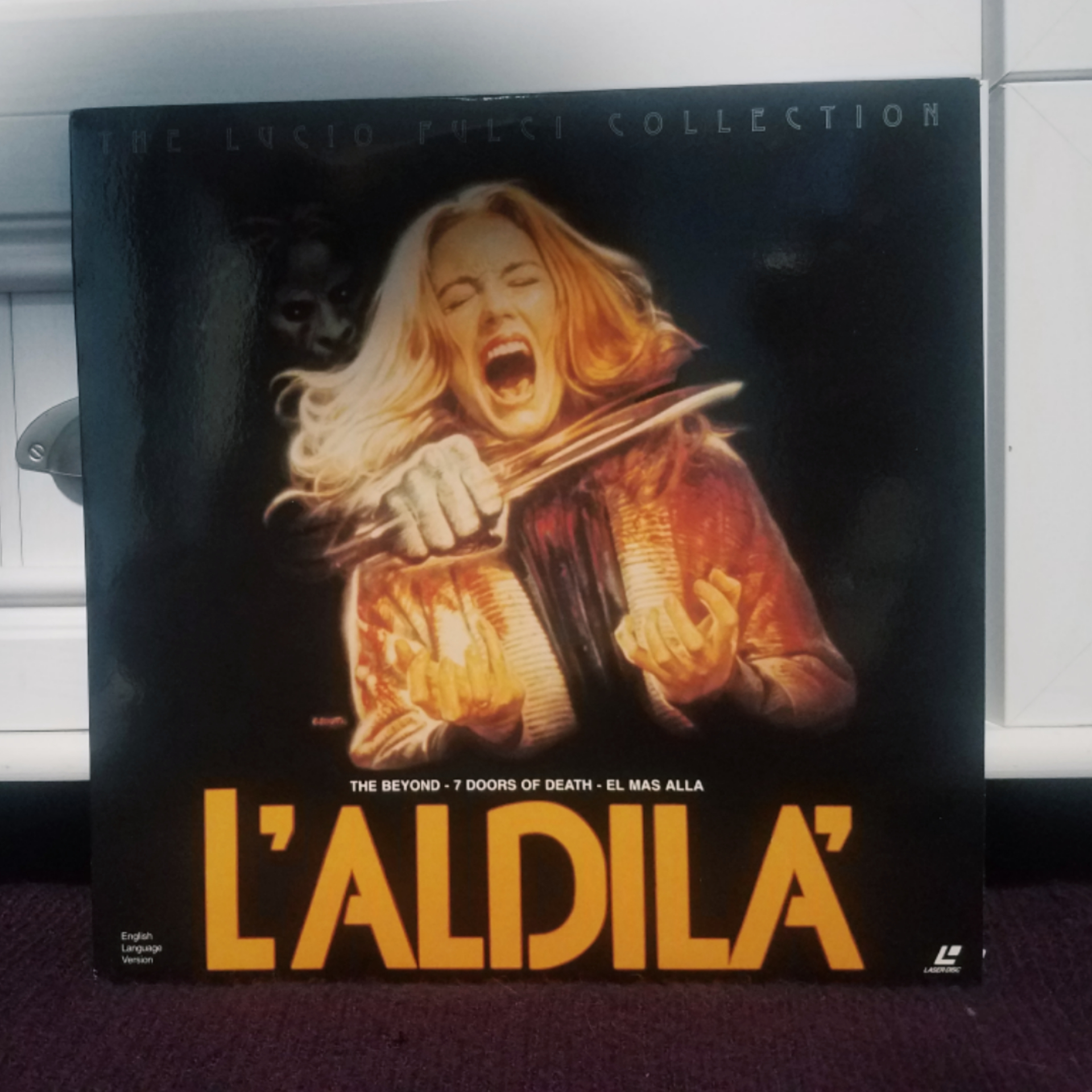 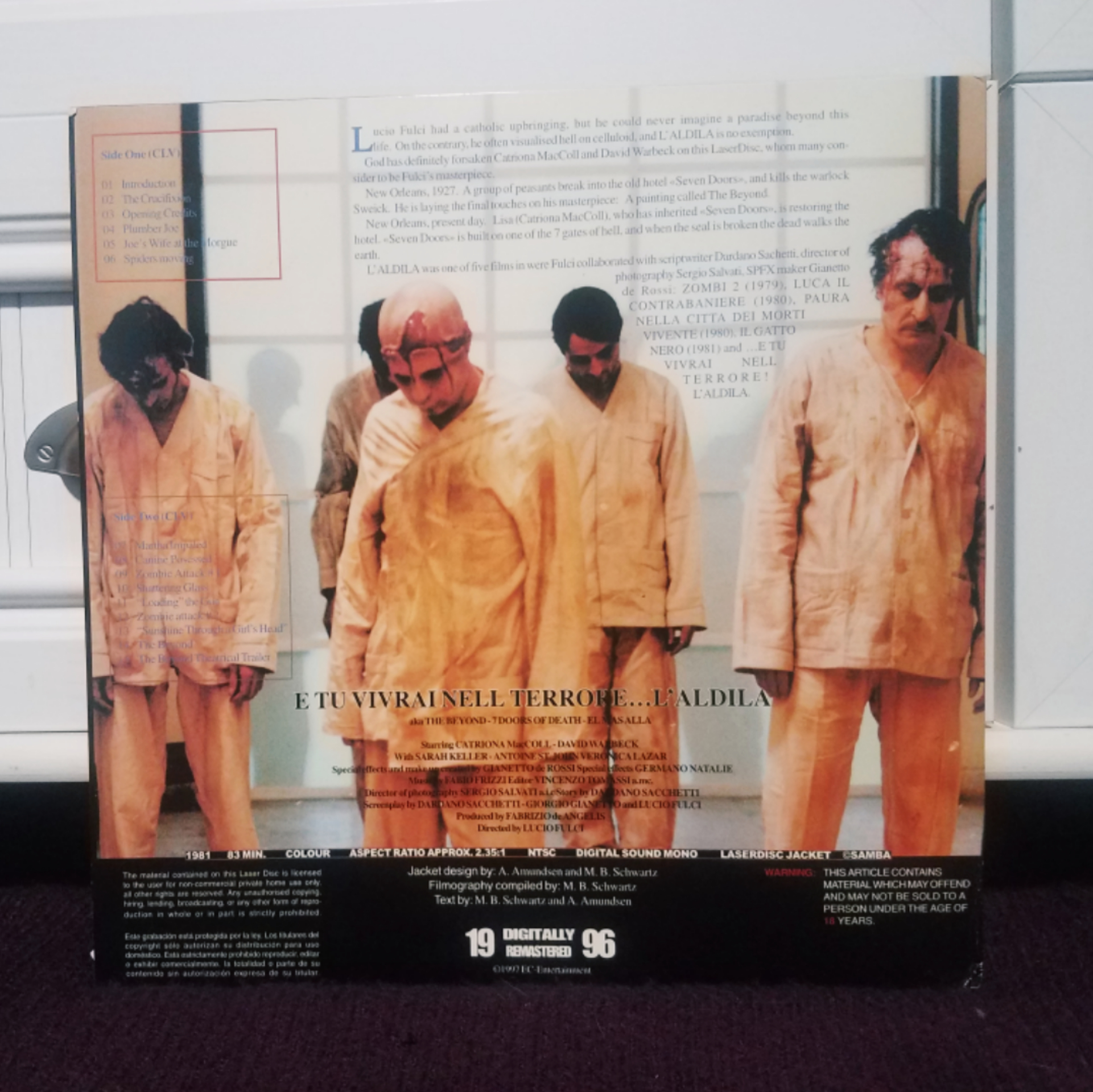 The film is presented in its proper aspect ratio, with a pretty damn decent transfer. Not the best I've ever seen on LD but totally watchable and overall quite stunning. Strangely, the chapter stops on the disc differ from what the jacket states. The jacket calls chapter 14 'The Beyond' (if you've seen the film you'll get why chapter 14 is titled that, it's the penultimate scene of the film) and chapter 15 'The Beyond Theatrical Trailer', when in reality chapter 15 is the last 20 or so seconds of the end credits (why???), the undisclosed 16th chapter is a trailer for Umberto Lenzi's 'Eaten Alive!' (which was EC's second release), and the undisclosed 17th chapter is in fact the theatrical trailer for The Beyond... so that's neat! All that being said, my only complaint is that the side flip is TOTALLY botched. It occurs at a *really* awkward moment and if it were to occur less than 5 seconds after it actually does it would've been totally smooth... makes me wonder how it compares to the Japanese release (which I really, really, really fuckin' want, maaaaan. 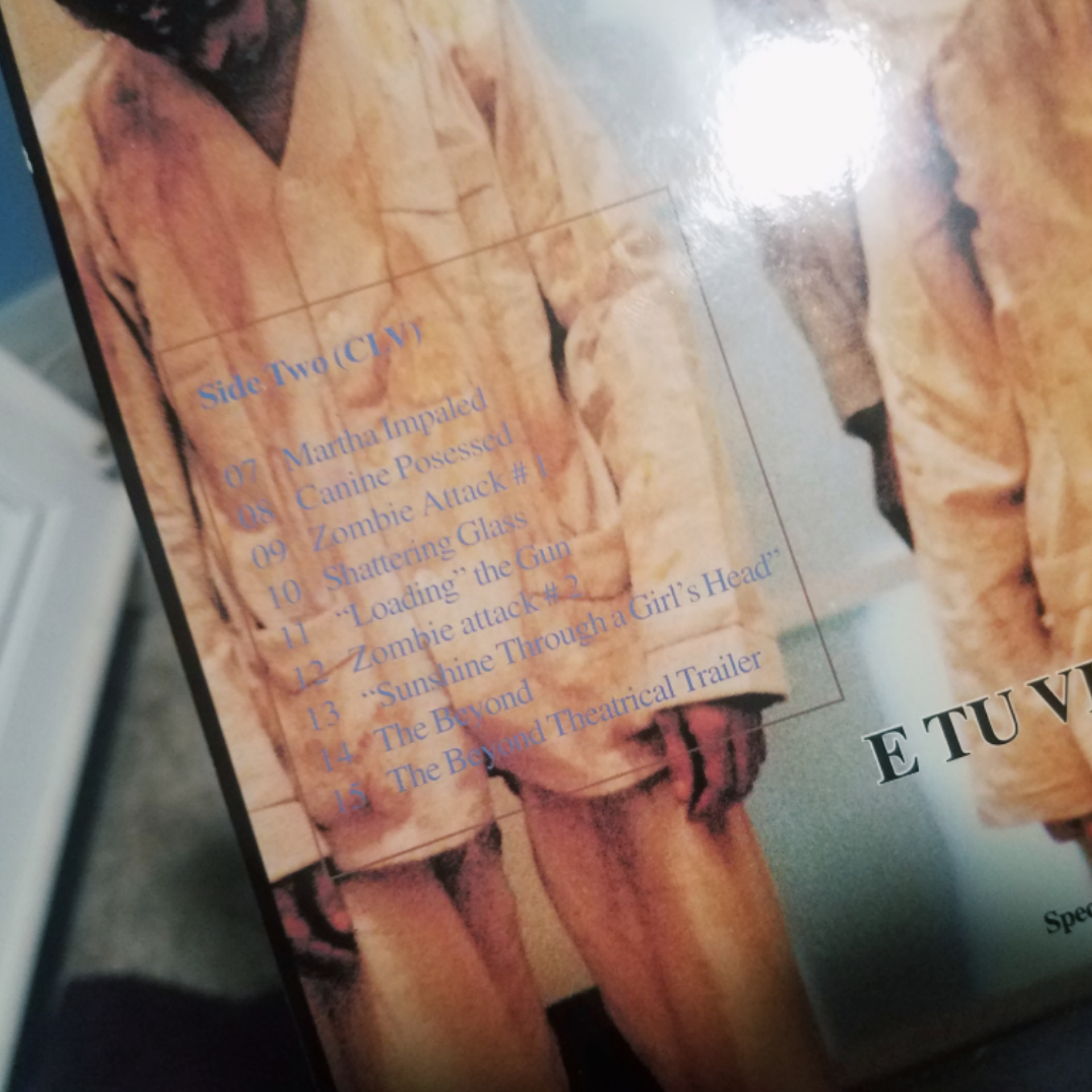 The back of the jacket claims the film was digitally remastered in 1996, which leads me to wonder if E.C Entertainment sourced the transfer from Grindhouse Releasing's remaster, who were the first to acquire North American distribution rights of The Beyond (if you don't count when Aquarius Releasing bastardized the film for American audiences and titled it '7 Doors of Death' in 1983, which I personally don't because, fuck that shit. Censoring, re-editing, and re-scoring a film as unique and significant as this is nothing short of sacrilegious). I will admit I have no evidence to back this theory up, but it doesn't seem to be out of the realm of possibility. As previously mentioned, E.C Entertainment was a Dutch company, but these discs were (at least to some extent) imported to the U.S. back in the day (the gentleman I purchased my copy from bought it in a video store in California), and the disc was even manufacturered by Pioneer USA. 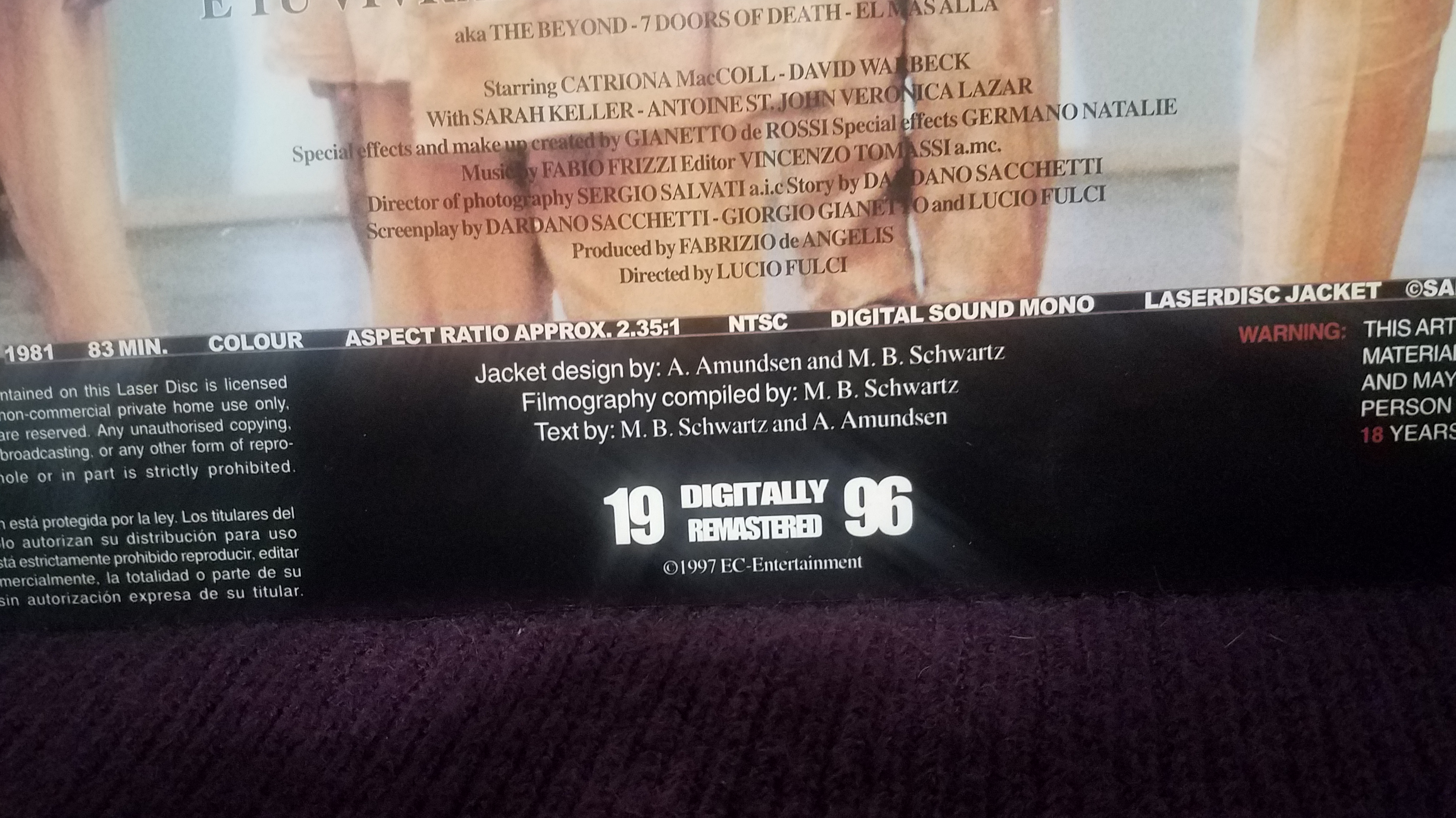 I've heard people refer to some of these obscure European NTSC horror releases (see: Dragon Film Entertainment, E.C Entertainment, Cult Epics) as 'gray market releases', and that seems to be a fair assessment to me. Releases like this are exactly why I love the format so god damn much, I can only describe this as an 'officially licensed *borderline* bootleg put together by people who were incredibly passionate about these sorts of films, and fortunate enough to acquire and distribute them with the treatment they truly deserved'.